Eagle Versus Eagle on the Ice

Continuing a tradition of Carroll School hockey stars, two sophomores on opposite teams fought for the gold at world championship 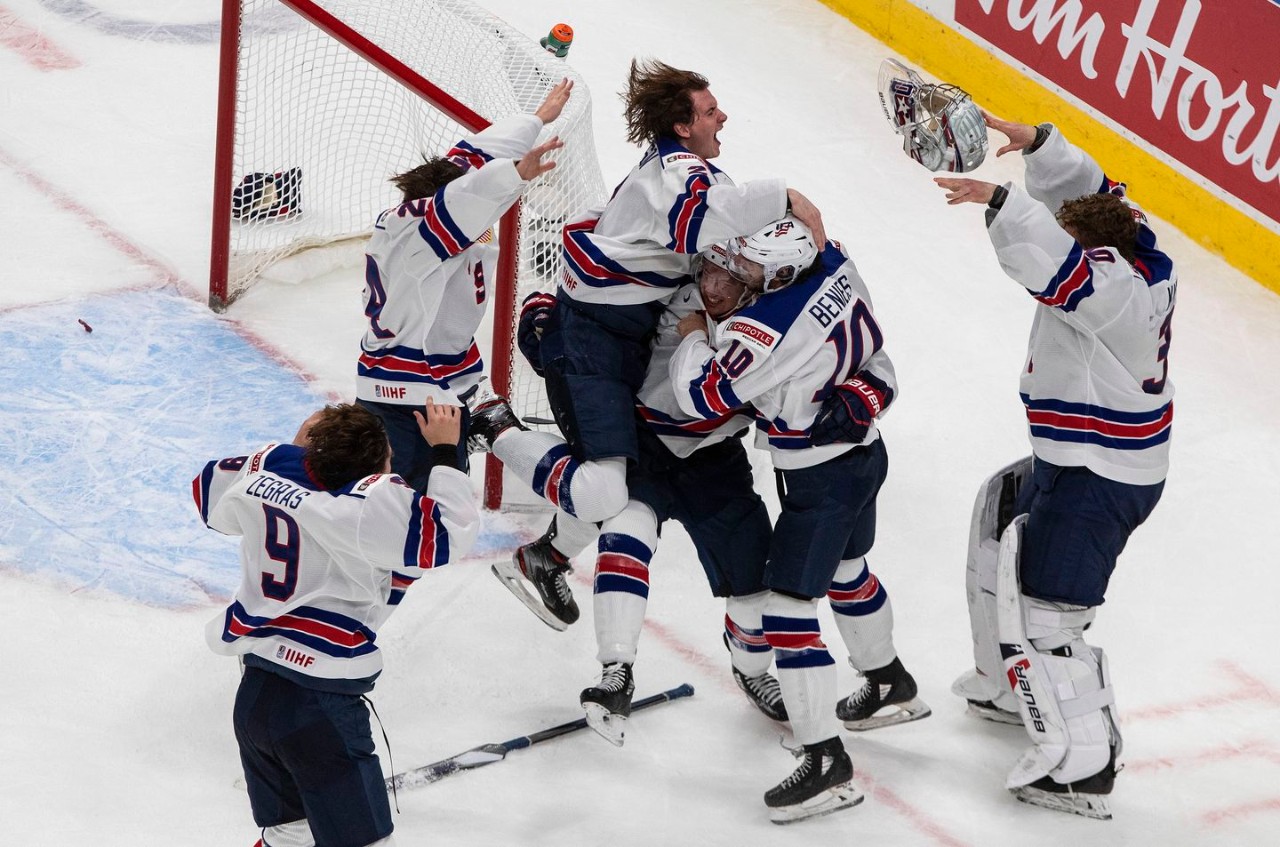 Boston College’s hockey team spends a lot of time together on and off the ice, working hard to build the skills and teamwork that recently earned them a #1 in the country ranking. However, an unusual matchup this winter flipped the script in an elite international tournament that pitted two Boston College teammates—both Carroll School sophomores—against one another.

The World Juniors Hockey Championship features teams of players under 20 years old from the top ten ranked hockey nations in the world. At the winter 2021 tournament, goalie Spencer Knight, CSOM ’23, helped Team USA clinch the victory over top-ranked Team Canada. But along the way, he had to face off against another Carroll School Eagle: Newfoundland native Alex Newhook, CSOM ’23. Newhook was sidelined earlier in the tournament for an injury, but returned to the ice to play as a forward for the Canadian team. 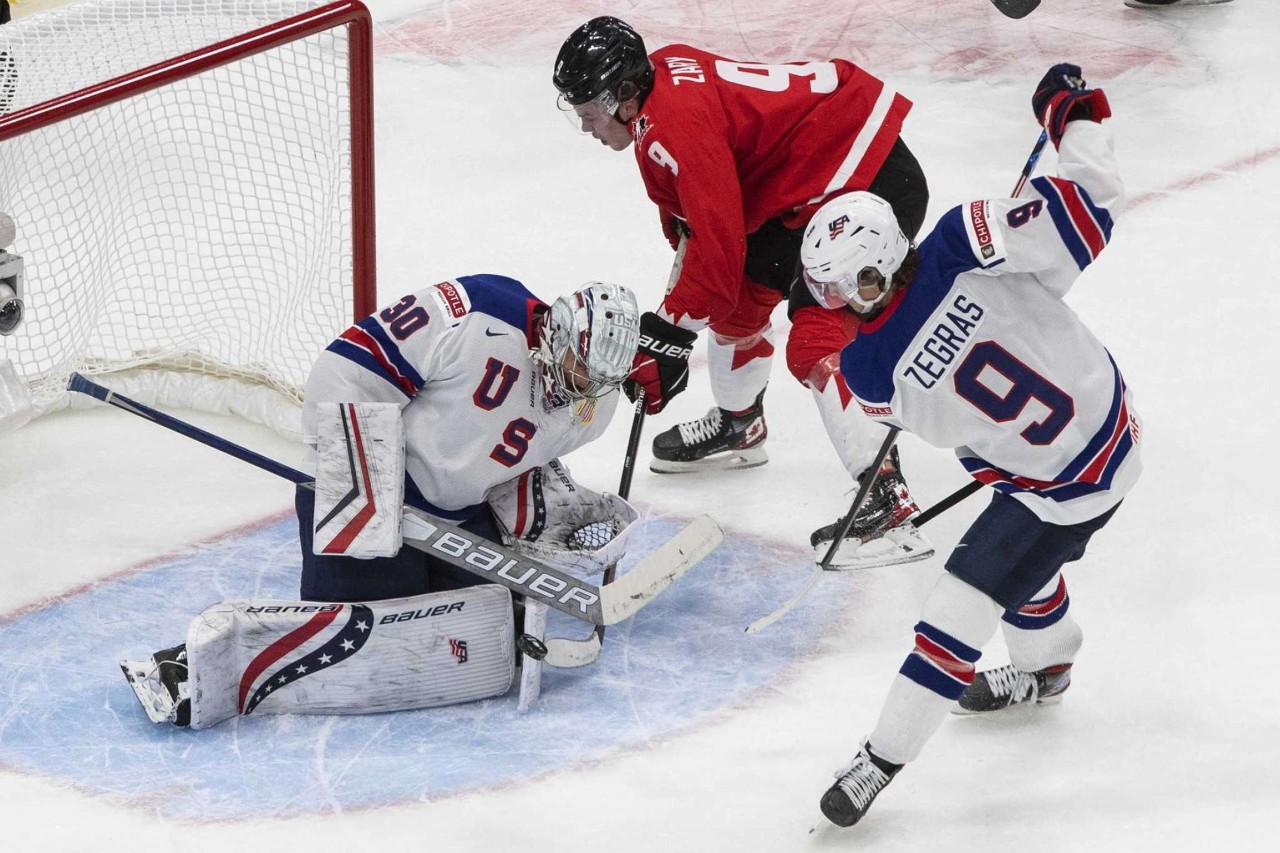 Despite USA’s underdog status in the matchup, the team walked away from the final game on January 5th with a 2-0 score and their first gold medal at the event since 2017. The 34-save shutout was Knight’s third of the tournament, setting career and single-tournament records for the U.S. in this competition. Knight and Newhook, both first-round picks in the 2019 NHL Entry Draft, also have impressive hockey careers at BC and helped the Eagles secure first place in Hockey East and the regular season title last year.

When they start their professional hockey careers, Knight and Newhook will be joining a long line of Carroll School alumni who played in the NHL, including NHL All-Star Cory Schneider, CSOM ’08. Knight, who was ranked as the top eligible goalie in the 2019 entry draft, was chosen by the Florida Panthers, marking the first time in franchise history that Florida chose a goaltender in the first round. Newhook, the 16th pick overall, will join the Colorado Avalanche as a center.

Two more of their BC Hockey teammates, Drew Helleson, MCAS ’23, and Matthew Boldy, MCAS ’23, were also on the roster for Team USA. As World Juniors Hockey Championship gold medalists, Knight, Helleson, and Boldy are in good company at BC. With this most recent win, a total of 10 BC Hockey players have won 11 gold medals overall in the history of the tournament.