The coronavirus crisis has called attention to economic inequality in new ways, with data suggesting that the less well-off are more likely than others to become infected. Not only that, but experts say the inequalities may also put the rest of society at risk, because lower-income families (with no paid sick days, for example) are often “forced to accept a higher risk of exposure that can infect others,” the New York Times has reported. Making the case for greater economic equality is and will remain a challenge in American politics, notes Carroll School marketing professor Nailya Ordabayeva. She has conducted an array of studies and experiments revealing how different messages in favor of income redistribution may fly, or not fly, with different segments of the public. What follows is an account of this recent research (another article of hers, on post-pandemic economic restructuring, appeared recently in Behavioral Scientist). 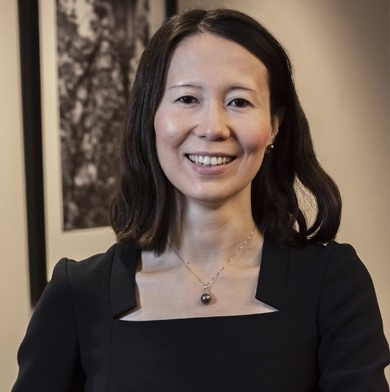 People have questions about rising economic inequality—whether it’s fair and what sorts of policies would lessen the disparities. As a marketing professor, Nailya Ordabayeva of Boston College’s Carroll School of Management has a particular question: How do you sell these policies to the American public?

Recent research has suggested some broad avenues. For example, people who feel they have much in common with their fellow Americans are more likely to back measures aimed at reducing inequality through a downward redistribution of income, according to a cluster of studies. The findings have led researchers to expect that messages emphasizing similarities among people will tend to sway minds toward support for such policies.

Better—or Different? How Your Politics Affect Your Product Choices

But something has gone unnoticed in the research, according to Ordabayeva’s studies.

Messages about how we’re all in the same boat do tend to work well among people more liberal in their politics. In her clinical experiments, when liberals hear those pitches, their support for income redistribution goes up. But these same messages lead conservatives to tamp down any enthusiasm they might have for spreading the wealth. That’s the missing piece in previous research.

The upshot: If you’re on the stump for policies that might narrow gaps between rich and poor, you need to craft different messages for different groups along the ideological spectrum. In fact, the one-size-fits-all approach will often “backfire and further polarize, rather than unite, people’s views about redistributive policies,” Ordabayeva says.

In other words, messages that accent commonality will help win over those who lean left (thus advancing policies such as heftier taxes on the very wealthy), but may repel those who lean toward the right. Why?

For liberals, the messages boost their beliefs that people “work similarly hard and are similarly talented, so they should be similarly rewarded,” Ordabayeva points out. Conservatives, however, typically believe that people are different when it comes to talent and effort, and for that reason, some deserve success more than others. So, when they hear about how we're alike, what they think is that Americans have “similar opportunities and starting conditions to succeed, and those who don’t succeed have only themselves to blame.”

Ordabayeva’s paper, “Similar but unequal: Political polarization in the effects of perceived social similarity on support for redistribution,” appeared last year in the Journal of Experimental Social Psychology. It drew on a series of studies involving more than 1,500 Americans. A previous article for that journal, titled “Similarity Focus and Support for Redistribution” and coauthored with Daniel Fernandes of the Catholic University of Portugal, reported on another 1,600 studies.

In the various experiments, participants have responded to questions and statements such as “The people I identify with are a lot different from most Americans.” In one study, people were prompted to describe how similar or dissimilar they felt toward others, and the experiment led them to feel greater similarity than those who did not receive the prompt. This, in turn, made liberals more disposed toward policies intended to promote greater economic equality. Conservatives became less disposed.

If appeals to similarity don’t work for conservatives, what messages do? The answer, according to Ordabayeva, is to talk with this group about “dissimilarity.”

Indeed, conservatives became more likely to support redistribution when they thought that they were less similar to others. Ordabayeva explains that messages about dissimilarity may nudge conservatives to consider that people have “unequal opportunities in life and that some people face better conditions for success than others,” boosting their support for redistribution. Asked for an example of a message or prompt that may swing conservatives rather than liberals, she mentioned, “Americans are different from each other in many ways,” and “Remember how we are all different.”

Overall, the picture is more layered and complex than recent research has suggested, according to Ordabayeva. “The findings,” she wrote in her 2019 paper, “suggest that messages designed to shift public support for redistribution by changing perceptions of social similarity would be most effective if tailored to the audience.”

On May 24, the Carroll School Commencement Livestream will be available: