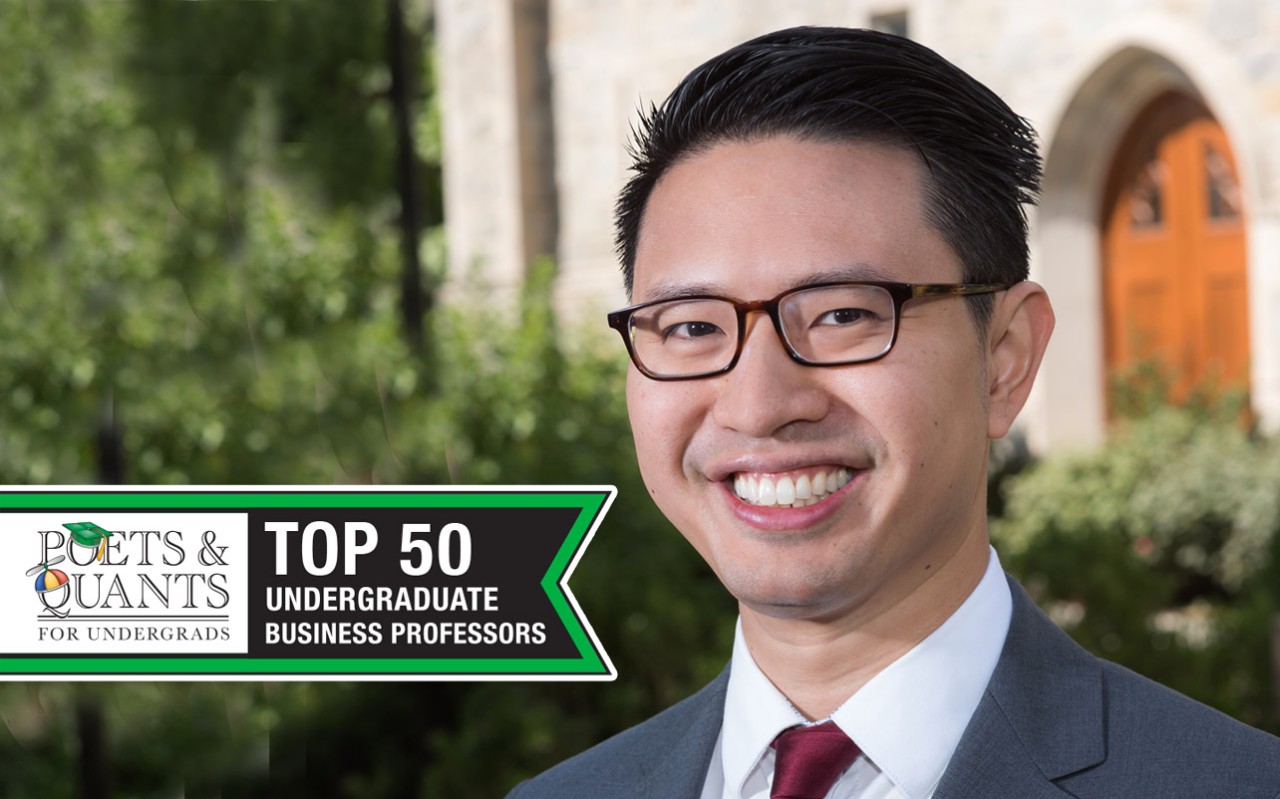 P&Q’s list features the top 50 professors from “33 of the world’s best undergraduate business programs.” Selection was based on evaluations of nominees’ accomplishments in both teaching (e.g., nominations, online evaluations, and teaching accolades) and research (e.g., Google Scholar citations, media attention, and research awards). In their article introducing the list, P&Q called attention to the dramatic increase in competition for a top-50 spot this year: The publication received nearly 900 nominations in 2020, up from 400 in 2018 and 190 in 2017. (They did not publish a list in 2019.)

Chan’s P&Q profile highlights his unconventional academic path, which began in pre-med studies at Harvard before shifting to a B.A. in anthropology (with a minor in psychology). Chan then earned a master’s in sociology, followed three years later by his Ph.D. in organizational behavior (all at Harvard).

All of it, Chan says, relates closely to the field of management he now studies, which he characterized for P&Q as less about “business” as it’s narrowly defined, and more akin to “social science about humans at work.” His current research is examining the behaviors of teachers in Finland, “who have faced a call to change the way they teach by digitizing their pedagogy” per a government mandate that predated the pandemic, Chan told P&Q.

Earlier this year, Chan was also recognized by the Carroll School dean as a “Teaching Star” for his outstanding student evaluations, many of which praise him as “the best professor I’ve ever had.” Among such glowing reviews, one student wrote that Professor Chan “clearly cares a lot about his students, but also wants to challenge them and see them grow.” Another student took a slightly different tack: “WE LOVE CHAN. GIVE HIM A RAISE OR SOMETHING.”