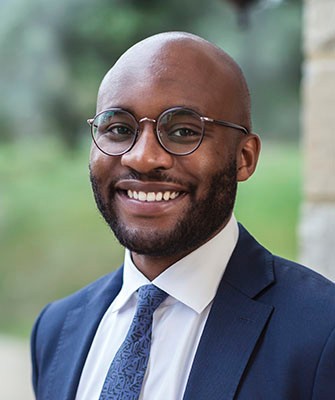 When people are prompted to think about their self-improvement, they’re more likely to appreciate the improvements made in products such as iPhones, according to a study coauthored by the Carroll School’s Sokiente W. Dagogo-Jack (Marketing) and written up in the Harvard Business Review.

In its January-February edition, HBR ran an item on the study titled “Egocentric Improvement Evaluations: Change in the Self as an Anchor for Brand Improvement Judgments,” by Dagogo-Jack and Mark R. Forehand of the University of Washington’s Foster School of Business. Their paper was published late last year in the Journal of Marketing Research.

Reporting on the research, HBR said:

In an experiment involving the iPhone 5 and iPhone 6, subjects were asked to list three ways in which they themselves had improved over the past 10 years and then to compare the phones’ features, rate the phone’s improvement over the past five years, and indicate their willingness to buy the iPhone 6. Finally, they were asked to rate their own improvement over the past five years and to assess the degree to which they identified with Apple. People who gave themselves high marks for self-improvement and strongly identified with Apple were more aware of the iPhone 6’s improvements and more willing to buy it.

This and other experiments conducted by Dagogo-Jack and Forehand have implications for product marketing aimed at persuading consumers to upgrade (not to mention for the consumers themselves, who might want to be more conscious of what’s driving their product choices). The HBR item is not carried online and appears in the print edition’s IdeaWatch section (page 30, January-February 2019).

Other research by Dagogo-Jack has dealt with topics such as the much-debated use of ethnic imagery in brand identies (think Native Americans and professional sports franchises). That was the subject of a 2017 article by him and three coauthors in the Journal of Consumer Psychology, which found that such imagery does indeed activate stereotypes among certain viewers.