A Carroll School researcher finds that when their personal tax liabilities go down, CEOs gain a greater appetite for corporate risk-taking. 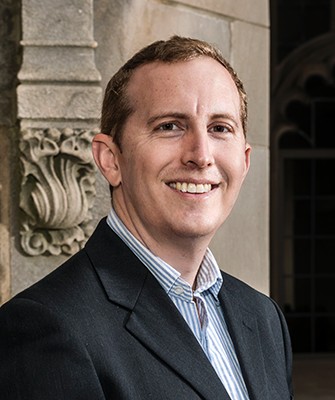 Like the rest of us, the chieftains of corporate America are presumably scrambling to file their personal tax returns before the mid-April deadline. But unlike others, the taxes they pay as individuals can have a startling effect on the decisions they make as CEOs, according to findings by the Carroll School’s Benjamin P. Yost (Accounting).

Yost is shining a light on connections between the tax liabilities of these high-net-worth individuals and the corporate strategies they choose to pursue. He has looked especially at how capital gains taxes (CEOs typically own a lot of stock in their companies) may influence decisions about whether to lead their firms into relatively risky ventures.

For those who believe CEOs act purely in the interests of their companies and shareholders, the findings might be a little disquieting. “Their own personal interests are the main drivers here, not the overall interests of the shareholders,” Yost said in response to a question at the end of an interview, after laying out the empirical evidence.

The assistant professor’s research on this topic has already garnered accolades and awards. His paper, “Locked-In: The Effect of CEOs’ Capital Gains Taxes on Corporate Risk-Taking,” recently won the American Accounting Association’s Competitive Manuscript Award. The paper was published this past fall in The Accounting Review and stemmed from Yost’s doctoral dissertation at MIT—for which he also recently won the American Taxation Association’s Outstanding Tax Dissertation Award, co-offered with PricewaterhouseCoopers. (He wrapped up his Ph.D. two years ago, just before coming to the Carroll School.)

When Capital Gains Taxes Go Down

Yost’s interest in the matter began when he was a doctoral student, poring through studies on the so-called “lock-in effect.” This is one way of characterizing the predicament of investors who feel stuck with a company’s stock because of the capital gains taxes they’d have to pay if they were to unload the shares. (The top federal tax rate for long-term capital gains is currently 23.8 percent.) A long-flowing stream of scholarly literature has dwelled on these investors outside of the company. But Yost wanted to find out what happens when internal investors (CEOs, namely) become locked into their company’s stock—and then suddenly unlocked.

He dug into this question primarily by examining cuts in the capital gains tax over the past 20 or so years, at both the federal and state levels. After the cuts were enacted by Congress and legislatures, CEOs tended to sell off some of the stock (usually for the purpose of diversifying their wealth). But something else happened: their firms also acquired a bigger appetite for risk.

“We could see that the risk profile of a firm changes. The risk goes up,” said Yost. His explanation is that CEOs, with less of their wealth tied up in their companies, felt they personally had less to lose if a risky venture floundered. Before then, while still locked in, the CEOs had become “increasingly risk-averse,” making “conservative decisions” about corporate policies and strategy, Yost writes in the paper. That’s because they had more to lose at that time, with more skin in the game.

The professor used several proxies for determining whether the companies were ramping up the risk. These included heavier debt taken on by the firm and increased spending on research and development as well as greater volatility with regard to earnings and stock prices.

Notably, slashing the capital gains taxes did not produce the same consequences when it came to CEOs who had more of their wealth outside of the firms they led. These people were already well diversified, so they were less inclined to either sell off their shares or to assume a riskier corporate posture as a result. (To gauge CEO wealth outside of their firms, Yost combed through executive compensation databases to uncover their cumulative levels of compensation at their current and previous companies.)

In contrast, CEOs with a lion’s share of wealth inside the company “tend to want to diversify out of the firm, but tax liability discourages them from doing that,” Yost pointed out. When the liability goes down, they’re more likely to unburden themselves of the stock, which in turn leads to greater corporate risk-taking.

A former senior tax analyst at Ernst & Young in northern Virginia, Yost said in the interview that his findings do not readily translate into an argument for or against reducing the capital gains tax. He pointed out that the corporate risk-taking that results from lessening the tax burden is neither good nor bad, as a rule.

“You want companies to be innovative and to take risks, but not too much risk,” he said, recalling that too much of that, in the housing sector, triggered the 2008 financial crash. In addition, Yost noted that different corporate constituencies have different perspectives on risk: outside investors (whose holdings are usually more diversified) will often push CEOs to engage in more risk-taking, while debt holders normally prefer less.

In the award-winning paper, Yost writes that his findings do have “implications for corporate boards in that they should be aware of the role played by managers’ personal taxes in influencing incentive alignment.” For example, boards should be alert to situations in which CEOs are overly weighted with the stock they get as part of compensation packages, because the shares—both before and after changes in tax rates—have the potential to distort their decision making as CEOs.

In his next project, Yost—who teaches Financial Accounting to undergraduates—is looking again at the personal tax liabilities of CEOs. This time, he and collaborators at MIT are investigating the degree to which these concerns influence corporate decisions about how best to structure mergers and acquisitions.