A “Window Cleaner” Reflects on His Chosen Path 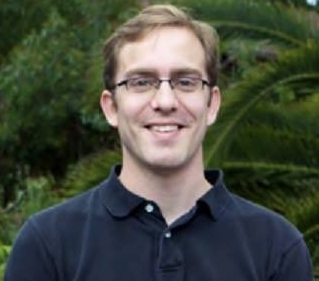 There are a number of reasons why Chris Rall ’09 went into the cleaning business—apparently none of which is that he likes to clean.

Rall talked about his work and life with The Atlantic in a Q&A posted August 23. He spoke of his many fellow Carroll School graduates who went straight into lucrative fields such as private equity, banking, and corporate management. He did too—starting off as a consultant at the Boston headquarters of LEK Consulting.

But Rall explained that after three-and-a-half years, he began to feel the burnout well known in the consulting world. So he and his brother Matt began casting about for a business they could start or acquire. They looked at convenience stores, small manufacturing, and dry cleaning, finally settling on a housecleaning company in San Diego.

“Our goal has always been acquire a business, grow it, and then in three to five years sell the business, and do it again. My brother and I are not programmers. We're not inventors. We were just looking for something that we can actually understand—like cleaning—and put our energy into growing it,” said Rall, whose concentration at the Carroll School was finance. (Older brother Matt has an M.B.A. from Northwestern.)

In short order, the Golden Shine Cleaning Agency surged to #5 on the list of the 100 fastest-growing private companies in San Diego County, as rated by the San Diego Business Journal in 2013. The Ralls have since diversified by acquiring companies around the country that specialize in residential window cleaning, Christmas light installation, and other services. They have branch offices in Phoenix, Portland, Detroit, and Cape Cod.

A St. Louis native who takes part in Boston College’s San Diego alumni chapter, Rall is also quick to cite the responsibilities that go with business success. “We have 120 employees, and if I’m not performing to peak performance and something goes wrong, then people’s jobs are at stake.”

“I never really saw myself in the cleaning business and I’m not passionate about cleaning necessarily,” he told interviewer Adrienne Green (her piece is part of an Atlantic series on work and identity in America). “But I’ve always wanted to own my own business and pave my own way. It was really different from what everyone else in my college classes or at my old job was doing.”

His Boston College friends respect the decision he’s made and applaud the risks he has taken. And they have an affectionate name for their fellow alum. Rall says they call him “the window cleaner.”