When CEOs Downplay the Bullish News 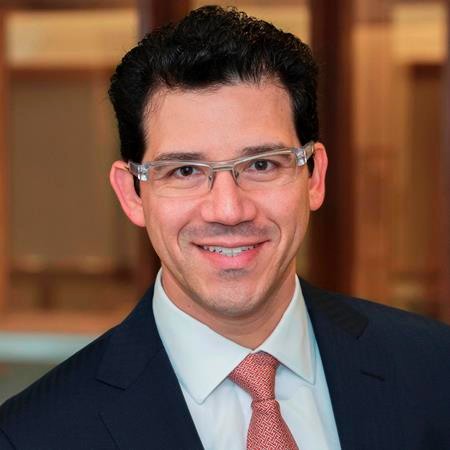 A working paper floated by Professor Ronnie Sadka (Finance) and three colleagues made headlines this past summer, including this one from CBS MoneyWatch—“Do CEOs lie? Perhaps, but not how you think.” The title alluded to the standard assumption that CEOs downplay bad news when providing guidance to the markets about recent earnings and forecasts. They accentuate the positive, in other words. But Sadka and his fellow scholars have turned light on a different pattern.

Their research indicates that corporate executives often downplay the good news—potentially for personal gain. Even when sales are strong, they might exude something less than optimism and then buy shares of their company’s stock at a price reflecting low expectations, according to the paper initially published online by the National Bureau of Economic Research and now forthcoming from the Journal of Financial Economics. When the good news about earnings finally comes out, the executives are able to sell at a higher price.

The transactions may seem questionable, but Sadka stresses that the finding is “not a smoking gun”—at least not yet.

The most innovative aspect of the study was not the findings, however. It was how the team collected the data—from consumer devices including tens of millions of cell phones and tablets. Seemingly random information—the number of Google searches for driving directions to Target, for example—helped researchers construct estimates of retail sales performance in real time.

In an interview with the Carroll Connection, Sadka—who chairs the Carroll School’s Finance Department and is the Seidner Family Faculty Fellow—spoke about the novel use of datasets in the paper, titled “What Do Measures of Real-time Corporate Sales Tell Us about Earnings and Post-Announcement Returns?” And, he discussed possible next steps for researchers as well as regulators.

CC: What made you and your colleagues look into this question in the first place?

Sadka: Our motivation actually was to try to understand how we can use new datasets that fall under the heading of Big Data. We looked at these data in the framework of retail shops, trying to understand how people consume. And then we used the information to predict quarterly corporate earnings before the earnings are announced.

That’s what we really wanted to do. What we found is that these data are indeed really useful. We were able to predict corporate earnings and revenues fairly well. That’s the innovation here. We’re using novel datasets, most of them proprietary, drawn in part from millions of mobile devices. With this information, we can better understand what managers and insiders in the company know at any given point, and in particular, at the end of a fiscal quarter as well as just before the quarter’s earnings are announced.

CC: And your basic finding is that managers know one thing and say another. They actually play down the good news about earnings in the information they provide to investors and analysts. Was that a surprise to you and your team?

Sadka: Absolutely. The usual assumption in the industry and in the literature is that when managers have good news, they typically release it quickly to the market. When they have bad news, they tend to withhold it, maybe in the hope that things will change. Overall, I think that’s a sensible hypothesis.

What we found is the opposite—managers deciding to downplay the good information. The question is why.

I think there could be several hypotheses. There could be a desire to “smooth earnings,” for example. Investors are often looking for smooth and steady earnings because less volatility in earnings makes them more confident in the firm. As a result, they’re going to be happier with the firm, which would result in a higher stock price. That’s one hypothesis, but we didn’t find much evidence to support it.

Another possibility is that managers are concerned about the risk of litigation. They might say: “Well, it’s good news, but let’s not commit to it because we don’t know. I only have information for half the quarter. I don’t know what’s going to happen in the next half. Let’s not over-promise, because if we communicate something very positive to the market and it ends up not being good, we could be facing some litigation risk.”

I don’t think we can completely rule out this possible explanation. But we also found that managers downplay bad news as well.

CC: In other words, if they were so concerned about litigation risk, presumably they wouldn’t be doing that, either?

CC: So where does that leave you?

Sadka: Well, what we found is that there’s some correlation with the downplaying of the stock and the buying activity of insiders.

Anyhow, we found that when the post-quarter sales are high—when things are going well during the current quarter—managers on average downplay this information. They do that in the earnings guidance they issue along with the announcement of the previous quarter’s earnings. And when that happens, there’s more buying activity by insiders over the next 20 days [the period in which corporate managers are legally permitted to trade their stocks in the company]. That information is available to the public because insiders are required to disclose this type of trading activity to regulators.

That’s the troubling result. It suggests that there’s some incentive for managers to downplay post-quarter sales information—for their personal gain.

Here’s an incentive for them. If you see things are going well, downplay it, then buy the stock. Then when investors understand the true value [that the earnings are good after all], the price will go up. It’s a mechanism by which the managers would be able to buy their own shares at a lower price.

Again, we need to put things in perspective. This is not a smoking gun.

Sadka: I don’t think so—because we don’t know what managers actually know. We have this information, unstructured Big Data. Maybe managers don’t look at it. Maybe they do not have such granular information. I’m assuming they have, but maybe they don’t use it on a daily basis. It could be like your retirement account. You’re not looking at your investment retirement account every single day. So maybe they don’t look every day or every week to see what’s happening in their stores. And even if they do, we do not know that they use this information when deciding to buy/sell their company’s stock.

CC: It would be a coincidence?

Sadka: Again, I’m happy to think about alternative explanations, but it’s hard for me to say “this is proof” [that managers are tamping down expectations for personal gain]. I’m not sure what the other factors are. There could be some other correlated variable that I’m not aware of. I think the importance of this result is to say: Hey, there could be some reasons for managers to withhold good information. I think then it’s up to the regulators to decide whether they want to pursue it. They probably have more information—actual information, not proxies. Again, we have proxies.

Also, we need to be careful in drawing general conclusions. We have 50 firms in our sample [among them, Costco, Walmart, CVS, and Home Depot]. Of them, we have a smaller fraction of companies that actually issue earnings guidance. At the end of the day, we’re not talking about many, many firms. What I think is interesting is that at least we highlight some mechanism—the incentives that could happen in this environment. Whether it’s actually what’s going on is something that deserves more investigation.

CC: When you were interviewed on CNBC’s Nightly Business Report, the anchor said you were leveling a “strong allegation.” Is that how you see it?

Sadka: No. We’re reporting the results as we find them. All of us on our team have been in academia for a long time. We try not to overstate or understate the results—we report them as they are. People can draw their own conclusions. They can offer alternative explanations. We rejected some alternative hypotheses, but there might be some we haven’t considered.

And even if this is going on, I think it’s going to be harder and harder to get away with it, given the increasing availability of this kind of data. There’s an electronic digital footprint on almost anything we do now.

CC: Where does the research go from here?

Sadka: I think there’s a lot of avenues for further research.

As I mentioned, we looked at a limited number of firms. So one possibility would be to expand the universe of firms but also to look continuously throughout the year to see how corporate sales information comes out in the market.

It’s part of a larger research agenda that I have been working on over the past several years—using unique, novel Big Data or new data to better understand how financial markets work. The asset management industry is undergoing major changes. Technology is slowly finding its way into this industry, which traditionally has been very conservative. Many portfolio managers still invest in a traditional way, using traditional information like past prices, trading volume, and analyst forecasts. With more data available, things are going to change dramatically in the way portfolio managers invest.

I suspect that in five to 10 years, a significant part of the market will be using different information based on large sets of unstructured data. It’s an exciting time to be in this business.