Ferit Şahenk ’89 on Failure, Culture, and the Meaning of Success 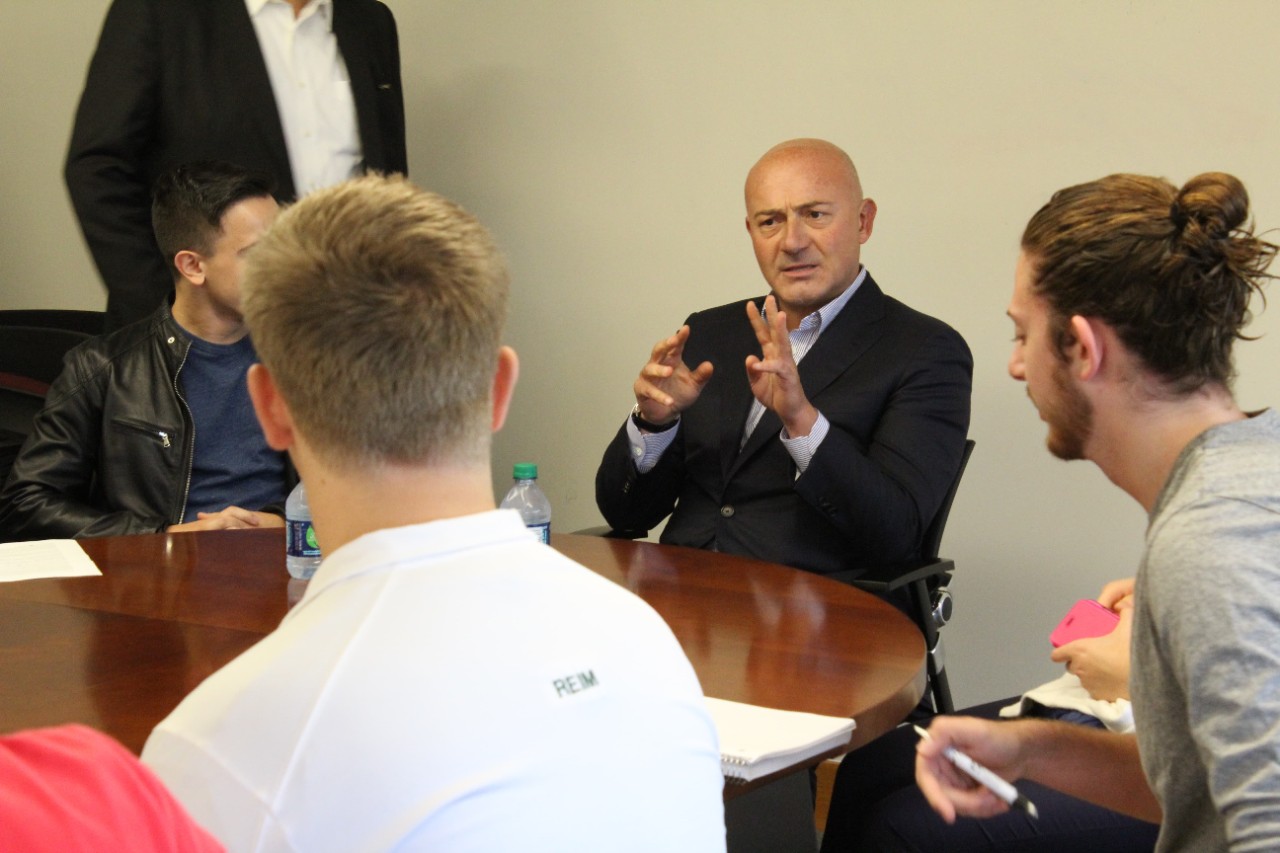 Ferit Şahenk ’89, who sits atop one of the three largest conglomerates in Turkey, was near the end of a lunch gathering with two dozen undergraduates in Cushing Hall when he pointed out, “You didn’t ask me about my failures.”

Failure, culture, and the meaning of success were among the conversation points at the October 20 “Lunch with an Entrepreneur” event, part of a series offered by the Carroll School’s Edmund H. Shea Jr. Center for Entrepreneurship.

Şahenk is chairman of the Doğuş Group, which encompasses nearly 300 firms across sectors ranging from media and tourism to construction and finance. The company was founded in 1951 by his father, Ayhan, and he went to work there after graduating from the Carroll School with a marketing degree. When he took it over 15 years ago, Doğuş had 11,000 employees. Now there are 55,000.

A couple of years ago, the alum did something many high-powered CEOs wouldn’t feel they have time to do. He pulled out his old undergraduate texts assigned at the Carroll School and started rereading them.

“When you’re working, you sometimes forget the basic rules of business,” he explained, seated at a long rectangular table with the students. After taking a fresh look at marketing research principles and what people are looking for, Şahenk decided to scrap plans for a new hotel in Istanbul and build a children’s hospital instead.

He quickly threw open the conversation. Most of the students had identified themselves as sophomores majoring in finance, and the first question from the group was about the challenges of “culture change” in a corporation. In response, Şahenk underscored the importance of communicating a clear vision to everyone in the organization. “They become the game-changers,” said the Doğuş leader, who also serves as chairman of the group’s Garanti Bank. “But it takes time.”

“Don’t worry about the jobs. It’s going to happen…Go see Boston…Learn about yourself…Learn the classroom material very well…Try to meet people from other cultures…And if you’re lucky, that helps too.” 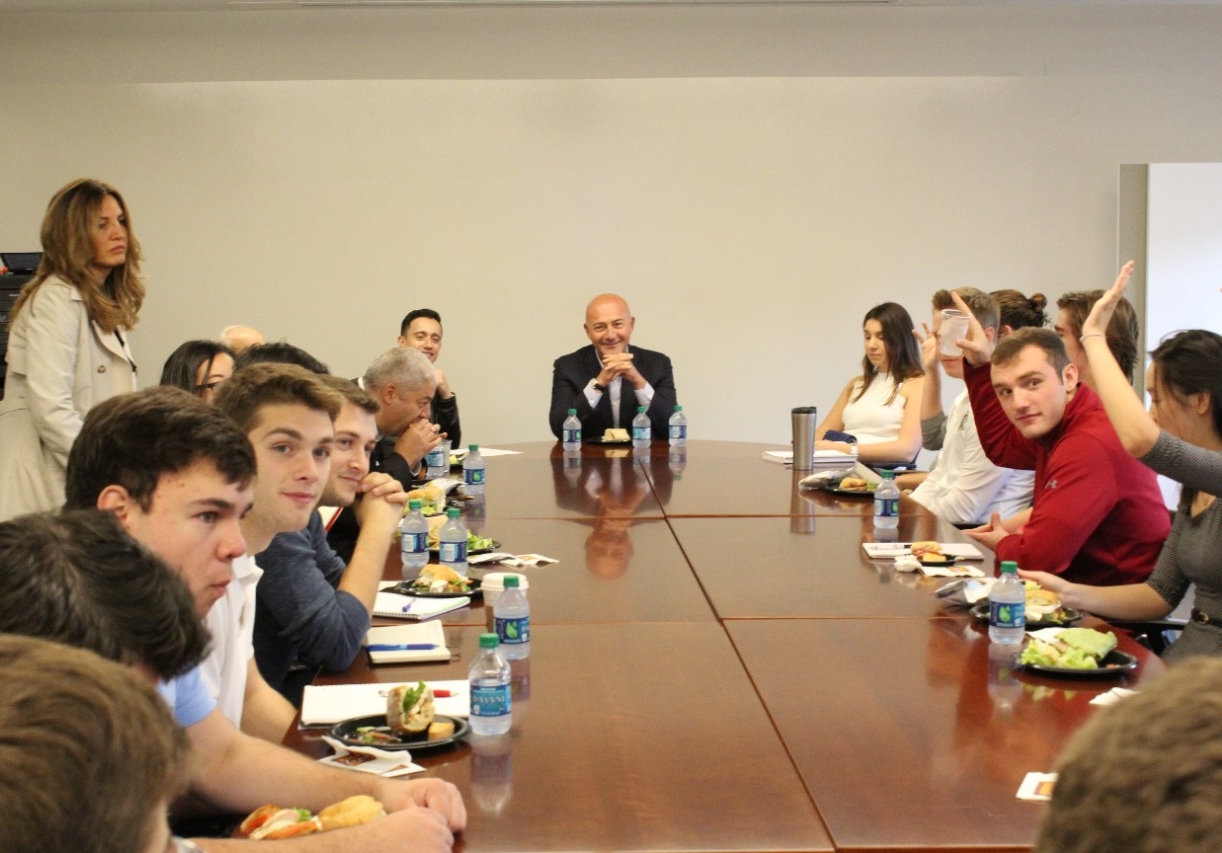 At that point, he started putting questions to the students, seminar style. “What is success?” he asked. One young woman quickly replied: “Achieving what you set out to achieve, and being satisfied by it.”

Then Şahenk served up a bit of slapstick humor. “As an entrepreneur, you have to be bold,” he said, but he vaguely pronounced the “o” in bold—and then triggered laughs as he pointed to his shaved head.

During the rest of the hour-long conversation, Şahenk discussed with students the ingredients of true success.

“Don’t worry about the jobs. It’s going to happen…Go see Boston…Learn about yourself…Learn the classroom material very well...Try to meet people from other cultures…And if you’re lucky, that helps too.”

That’s when Şahenk pointed out that nobody had asked about his and his company’s failures. He said that about 70 percent of Doğuş’s entrepreneurial ventures have been successful, “but there are unbelievable failures as well. So life goes on.”

With that gathering and meetings with small groups of students on October 20, Şahenk became the Shea Center’s inaugural, one-day Global Entrepreneur in Residence.