Whether It’s Failed Schools in D.C. or a Failed State, Carroll School Alum Is the Fixer 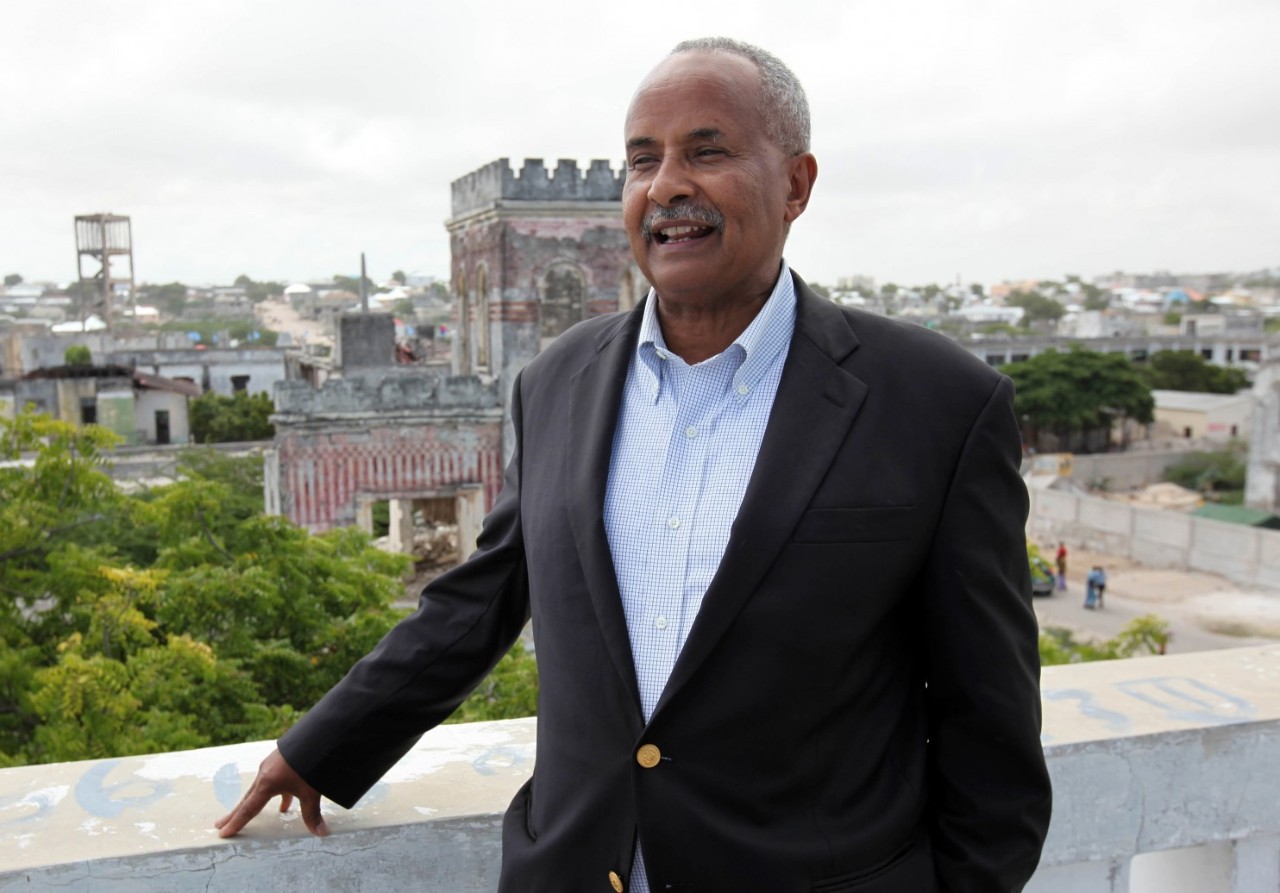 During recent weeks in Somalia, Foreign Minister Abdusalam Omer ’77 has welcomed a string of ambassadors to the capital city of Mogadishu, including the first U.S. ambassador to that country in 25 years. These are fairly routine events in the life of a foreign minister, but the challenge taken on by this Carroll School graduate is anything but ordinary.

Somalia is a failed state—with a government that collapsed after years of civil warfare that is still ongoing. Omer isn’t trying to simply improve public works and institutions in what the World Bank ranks as the world’s fifth poorest nation. He’s helping to recreate them. And he’s doing so as an American who left his homeland in the early 1970s.

At the time, Omer came here to study at the Carroll School, where he earned a Bachelor of Science in economics. He stayed in the United States and became a U.S. citizen, receiving his Ph.D. in public administration at the University of Tennessee. His credentials for helping to bring back failed institutions were established in the District of Columbia, where he was instrumental in turning around schools and city services.

“Between D.C. and Somalia, it’s just a question of magnitude,” Omer told the Washington Post last spring. Starting in the early 1990s, he held a series of posts in the District including chief of staff to former D.C. mayor Tony Williams and chief business operations officer for the D.C. public schools. He was widely credited with helping to restore fiscal order and sound management to city agencies and the school system.

He returned to Somalia a couple of times and has been there since 2013, when he was appointed head of the country’s central bank. The role was somewhat aspirational—given that there were “no functioning commercial banks … to regulate,” as the Wall Street Journal noted at the time. Omer began the work of stabilizing the currency, and in February 2015 was appointed foreign minister.

It is not a job for anyone with a reasonable expectation of workplace safety.

“Each morning, Omer climbs into a bulletproof SUV for the drive to his office, surrounded by young, armed men in green uniforms,” the Post reported. “He lives behind layers of blast barriers in a city where al-Qaeda-allied rebels regularly target government officials. Several of his friends have been killed.” His wife and children have remained in D.C.

There are semblances of normality returning to Somalia, however. One sign is the reopening of the U.S. embassy in Mogadishu, which closed in 1993 when 18 American soldiers were killed by rebels in what became known as the “Black Hawk Down” incident. After presenting his credentials to Omer, new U.S. Ambassador Stephen Schwartz issued a statement calling his arrival “a sign of the strong bonds between our two countries. I am pleased to have this opportunity to help the people of Somalia build a peaceful nation with a stable democratic government.”

Various countries are pressing Omer to undertake a range of initiatives: the U.S., for example, wants Somalia to develop counterterrorism operations. The Carroll School alum makes it clear, however, that the country first has to master Public Administration 101.

Omer recalls that last spring, a United Nations official asked him about his short-term goals as minister in a fledgling government. “I want to have clean bathrooms and I want people to answer their e-mails,” he replied. “You have to be realistic.”