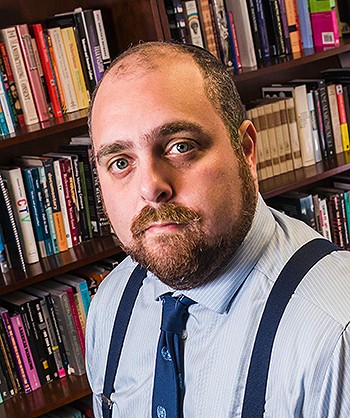 Matt Sienkiewicz is Chair of the Boston College Communication Department and Associate Professor of Communication and International Studies.

He teaches courses in global media cultures and media theory. His research focuses on the intersection of U.S. foreign policy and media, as well as Comedy Studies.

In addition to his work as a scholar, Matt is also an Emmy-nominated media maker and screenwriter. His film, Live From Bethlehem, was released by the Media Education Foundation in September 2009 and has screened worldwide.

He serves as the faculty advisor for Boston College Hillel.