Boston College was founded in 1863 by the Society of Jesus (the Jesuits) to educate Boston’s predominantly Irish, Catholic immigrant community. It opened its doors on September 5, 1864, in a building on Harrison Avenue in Boston’s South End, a “small streetcar college” for commuting students.

When it outgrew the limitations of the space, then-president Rev. Thomas I. Gasson, S.J., bought 31 acres of the former Lawrence Farm in Chestnut Hill, Massachusetts, and broke ground in 1909 on a new campus, today fondly known as “the Heights.”

BC began as an undergraduate liberal arts college, but as its aspirations grew, it added graduate programs and professional schools fulfilling its charter as a university. 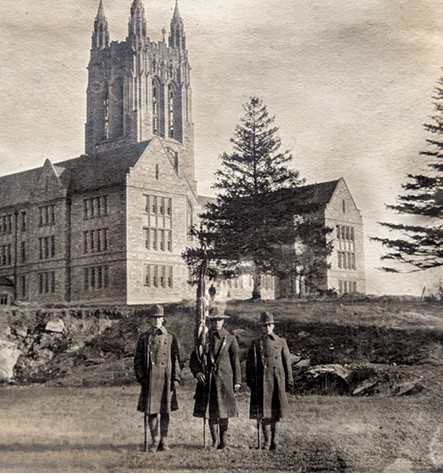 Through the decades, Boston College has become an internationally respected research university and a center of academic excellence.

Where We Are Going

Boston College builds upon its traditions. It seeks to be the national leader in the liberal arts; to fulfill its Jesuit, Catholic mission of faith and service; to continue to develop model programs to support students in their formation; and to seek solutions—as researchers, educators, leaders, and caregivers—that directly address the world’s most urgent problems. 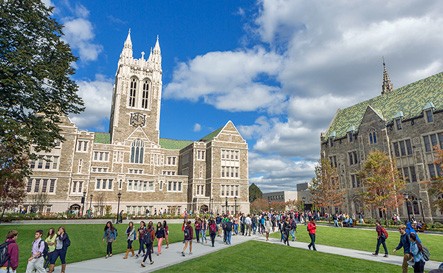 Boston College remains committed to leading its students on a comprehensive journey of discovery—one that integrates their intellectual, personal, ethical, and religious formation.

Inspiration for Boston College’s academic and societal mission is drawn from the University’s distinctive religious and intellectual heritage. As a Jesuit, Catholic University, Boston College is rooted in a world view that calls us to learn, to search for truth, and to live in service to others. To fulfill that mission, we welcome and embrace the contributions of a diverse student body from many faith traditions. 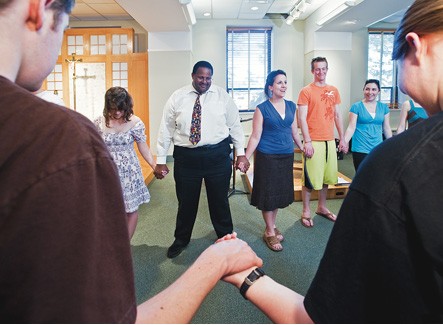