The first Weston Observatory seismographs were installed at the Campion Center, next to the current Observatory, and began recording earthquakes in January 1931. The instruments were maintained by the Jesuits for many decades and were relocated to the newly built Weston College (now the Weston Observatory) in 1949. The Observatory became affiliated with Boston College in 1947 and the buildings and grounds were bought by BC in the late 1970s. The WWSSN instruments were installed late in 1961. 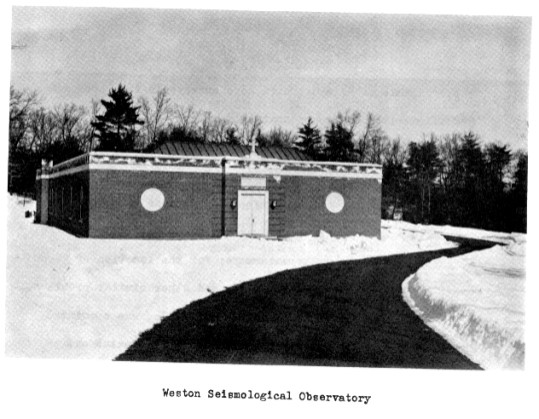