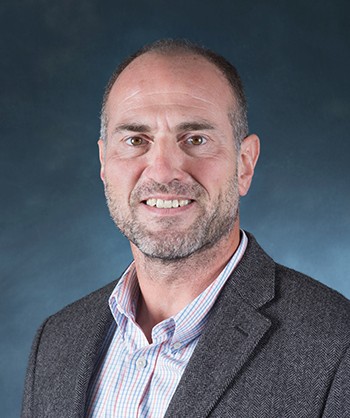 My research agenda focuses on two main topics in the Latin American context, a) the relation between religion and political violence, and b) secularization. My most recent book explored these complicated links by examining why, in 1970s Argentina, honest religious people didn’t uniformly protest against massive violations of human rights. After an exhaustive analysis of the existing literature, I decided to do this research using a ‘case study’ methodology. I wanted to explore a single case with a magnifying glass, to highlight the nuances, the texture of Catholics’ positions facing political violence. This project was the first to apply case study methodology to Argentina’s Dirty War.

I focused on a group of persons who were kidnapped and tortured in 1976, and the reactions of Catholics to this particular event and to similar instances of political violence across the country. My main finding was that the reactions of Catholics to political violence were varied, and were primarily caused not by their theological background but by a broad range of positions taken toward secularization and modernization. In the process of writing this book, I developed so much expertise on the 1976 incident that the prosecutor asked me to testify in court when the perpetrators were finally brought to trial in May of 2015. Hopefully, the work I have done to understand these historical processes will also help those victims to get justice.

My current research, which has been funded by John Templeton Foundation with a $ 511,000 grant, allowed me to build a research network between BC and three Latin American universities, two of them also Jesuit institutions. We explore the transformations of lived religiosity in urban Latin Americans (https://www.bc.edu/bc-web/schools/mcas/sites/lived-religion/). This is a qualitative study that includes an original methodological approach (meaningful objects elicitation), and it will be one of the first comparative qualitative studies on religiosity in Latin America.

On August 3rd, 1976, in Córdoba, Argentina's second largest city, Fr. James Week and five seminarians from the Missionaries of La Salette were kidnapped. A mob burst into the house they shared, claiming to be police looking for “subversive fighters.” The seminarians were jailed and tortured for two months before eventually being exiled to the United States.

The perpetrators were part of the Argentine military government that took power under President General Jorge Videla in 1976, ostensibly to fight Communism in the name of Christian Civilization. Videla claimed to lead a Catholic government, yet the government killed and persecuted many Catholics as part of Argentina’s infamous Dirty War. Critics claim that the Church did nothing to alleviate the situation, even serving as an accomplice to the dictators. Leaders of the Church have claimed they did not fully know what was going on, and that they tried to help when they could. Gustavo Morello draws on interviews with victims of forced disappearance, documents from the state and the Church, field observation, and participant observation in order to provide a deeper view of the relationship between Catholicism and state terrorism during Argentina's Dirty War.

Morello uses the case of the seminarians to explore the complex relationship between Catholic faith and political violence during the Dirty War—a relationship that has received renewed attention since Argentina’s own Jorge Mario Bergoglio became Pope Francis. Unlike in countries such as Chile and Brazil, Argentina's political violence was seen as an acceptable tool in propagating political involvement; both the guerrillas and the military government were able to gain popular support. Morello examines how the Argentine government deployed a discourse of Catholicism to justify the violence that it imposed on Catholics and how the official Catholic hierarchy in Argentina rationalized their silence in the face of this violence. Most interestingly, Morello investigates how Catholic victims of state violence and their supporters understood their own faith in this complicated context: what it meant to be Catholic under Argentina’s dictatorship.

2019 "Why Study Religion from a Latin American Sociological Perspective? An Introduction to Religions Issue, “Religion in Latin America, and among Latinos Abroad”." Religions 10, no. 6: 399.

2018 “Catholic legitimization up for grabs: The political pluralization of Argentinean Catholicism in the 1960s” (First author with Fortunato Mallimaci) Journal of Contemporary Religion, v. 33, i. 3, p. 427-445.

The transformation of lived religion in urban Latin America: a study of contemporary Latin Americans’ experience of the transcendent (*).

This groundbreaking project explores how urban, contemporary Latin Americans, both believers and non-believers, from different social classes and generations experience transcendence in everyday life. This study will not rely on past approaches to studying secularization in North America and Europe, but rather it will bring a new perspective—that of ordinary people acknowledging their free will and creativity in the religious/spiritual realm. How do people articulate free will within their religious/spiritual traditions and exercise their creativity and talent for innovation in prayer or in other religious/spiritual practices? How have everyday life dynamics and religious competition affected lived religion? We will explore the quest for the divine at the borders of religious institutions and in relation to them, in 3 different cities which have experienced significant religious pluralization and competition: Córdoba, Argentina; Lima, Perú; and Montevideo, Uruguay. We will sample people from different SES groups, self-identified as ‘nones’ (agnostics, non-affiliated, atheist, etc.), Catholics, Evangelicals (including main line Protestants, Evangelicals, neo-Evangelicals), and Other Traditions (including Jews, Muslims, Mormons, Afro cults, Native American spiritualities, New Age, etc.), collecting ‘religious/spiritual narratives’ through in-depth interviews of life histories and ‘object-elicitation’ meetings about pictures of significant places, symbols, and meaningful artifacts. We will focus on the story itself, using the interviewees’ spontaneous narrations as our main resource to develop a grounded theory of Latin Americans’ lived religiosity/spirituality. The project will contribute to a growing understanding of human nature and its relationship with the divine by disseminating the findings to scholarly audiences (conferences, papers, book), religious/spiritual leaders and journalists (workshops), and the general public (press releases, trade book).

(*)This project is made possible through the support of a grant from the John Templeton Foundation.