The CWBC Colloquium brings exceptional thought leaders to campus to consider contemporary events through the lens of women's leadership. The Colloquium is designed to advance campus-wide conversations on women and leadership today.

Join us as we welcome Gayle King, co-host of "CBS This Morning" and Editor-at-Large of O, the Oprah Magazine, to Boston College. King previously hosted "The Gayle King Show," a live, weekday television interview program on OWN: The Oprah Winfrey Network.

Established in 2015, the CWBC Colloquium hosts exceptional thought leaders to consider contemporary issues through the lens of women’s leadership. The Colloquium is made possible by the Council for Women of Boston College and the Institute for the Liberal Arts.

This event is free and open to the public. Seating is available on a first come, first serve basis.
Lecture followed by a Q&A session moderated by Professor Angela Ards, director of the Journalism program at Boston College. 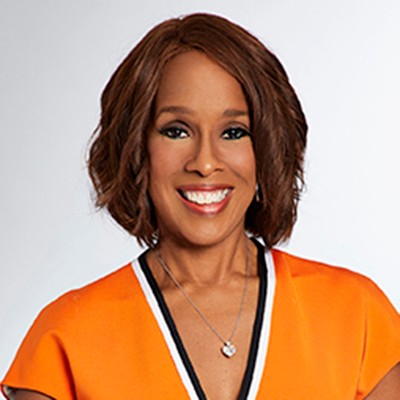 Gayle King is a co-host of "CBS This Morning" and Editor-at-Large of the award-winning O, the Oprah Magazine. King previously hosted "The Gayle King Show," a live, weekday television interview program on OWN: The Oprah Winfrey Network. The program, which featured a discussion of a broad variety of topics that include politics, cultural developments, was also broadcast on XM Satellite Radio, where it premiered in 2006.

Before moving into print and radio, King worked for 18 years (1982-2000) as a television news anchor for CBS affiliate WFSB-TV in Hartford, Conn., during which period, she also hosted her own syndicated daytime program. Prior to joining WFSB, King worked at several other television stations, including WDAF-TV in Kansas City, Mo. (1978-1981), WJZ-TV in Baltimore, Md. (1976), and WTOP-TV in Washington, D.C. (1975).

King has received numerous awards for her extensive work as a journalist. In addition to three Emmys, she was honored in 2008 with the American Women in Radio & Television Gracie Award for Outstanding Radio Talk Show and in 2010 with both the Individual Achievement Award for Host-Entertainment/Information and the New York Women in Communications' Matrix Award recipient.

King spent several years of her childhood in Ankara, Turkey, before returning with her family to the United States. She graduated from the University of Maryland in 1976 with a degree in psychology. The mother of a daughter, Kirby, and a son, Will, she currently resides in New York City.