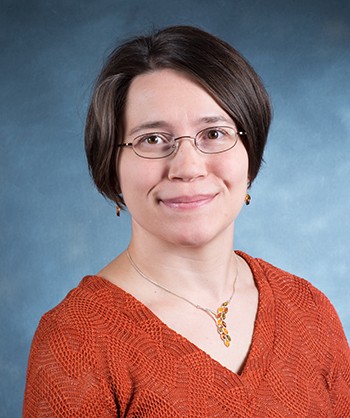 Sara Moorman is a social gerontologist and expert in quantitative and survey methods, and holds a joint appointment with the Boston College Institute on Aging. She is a Fellow of the Gerontological Society of America; Member-at-Large of the Behavioral and Social Sciences Section Executive Committee of the Gerontological Society of America; and member of the editorial board of Research on Aging. Moorman’s 2017 paper, Mechanisms Linking Neighborhood Age Composition to Health, won the 2016 Matilda White Riley Early Stage Investigator Honors from the National Institutes of Health. Moorman has three major lines of research:

Family relationships influence individuals’ end-of-life treatment preferences and planning. However, there is frequently a mismatch between the ways in which older people expect to involve family members in end-of-life decisions and the ways in which the law permits family members to be involved in medical decision-making. Moorman’s work investigates barriers to realizing one’s end-of-life treatment preferences.

On BC Talks Aging

Concerns such as loneliness and depression are strong predictors of functional health, cognitive decline, chronic illness, and mortality among older adults. Scholarship historically has found that family relationships act as buffers against negative psychological experiences, and highlighted the hazards of social isolation. Moorman’s work examines instances in which older persons have family relationships, yet have negative psychological experiences as a result of those relationships.

In the New York Times

A growing body of research indicates that socioeconomic status (SES) in childhood is associated with cognitive functioning in later life. Better understanding childhood SES as a potential risk or protective factor for later-life cognitive health is essential for furthering early detection, prevention, and treatment strategies. Moorman’s work examines schools as a major context in which young people experience SES, as well as the varying levels of risk low SES poses to individuals based on their genetic risk for cognitive impairment.