A Celebration of the Career of Robert Faulkner

Schedule for Honorable Ambition: A Celebration of the Career of Robert Faulkner 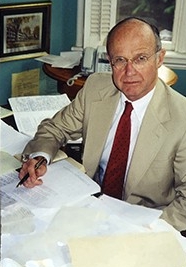 Robert Faulkner teaches and writes chiefly about modern political philosophy and American political and legal thought. He is author of The Case for Greatness: Honorable Ambition and Its Critics (2007), Francis Bacon and the Project of Progress (1993), Richard Hooker and the Politics of a Christian England (1981), and The Jurisprudence of John Marshall (1968). His book on honorable ambition includes chapters on Xenophon's Cyrus; Plato's Alcibiades; Aristotle's virtue of magnanimity; and critiques by Hobbes, Kant, Nietzsche, Rawls, and Arendt.

Faulkner co-edited America at Risk (2009) and Marshall's Life of George Washington (2000). He has written recently about Lincoln’s prescriptions for liberal democracy, Carlyle on the hero, the differences between Xenophon’s Cyrus and Herodotus’s, Aristotle’s doubts about executive power, Locke's republicanism and critique of religion, and Bacon's scientific method and his use of the essay as a literary form.

Faulkner was a Marshall Scholar at Oxford and has held fellowships from the Ford, Mellon, Earhart, and Bradley foundations and the National Endowment for the Humanities. He is a past chair of the Boston College Department of Political Science and a past president of the New England Political Science. Association. 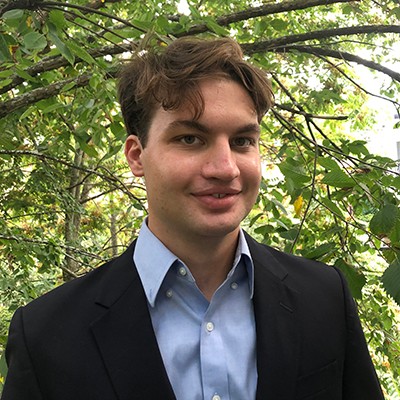 Nicholas Anderson is a PhD candidate in the Political Science Department at Boston College. 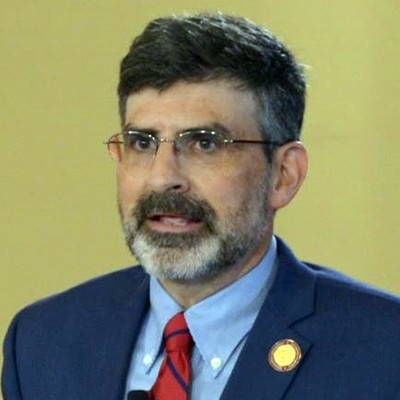 Paul Carrese is founding director of the School of Civic & Economic Thought and Leadership at Arizona State University. He formerly was a professor at the U.S. Air Force Academy, and co-founded its honors program blending liberal arts and leadership education. He is author of The Cloaking of Power: Montesquieu, Blackstone, and the Rise of Judicial Activism, and Democracy in Moderation: Montesquieu, Tocqueville, and Sustainable Liberalism. He is co-editor of three books – on George Washington (with Robert Faulkner), constitutionalism, and American grand strategy. He has held fellowships at Oxford University as a Rhodes Scholar; Harvard University; the University of Delhi as a Fulbright fellow; and the James Madison Program, Princeton University.  He served on the advisory board of the Program on Public Discourse at UNC Chapel Hill, and is co-leading a study funded by the NEH and Department of Education on improving American history and civics education in K-12 schools with partners from Harvard, Tufts, and iCivics. 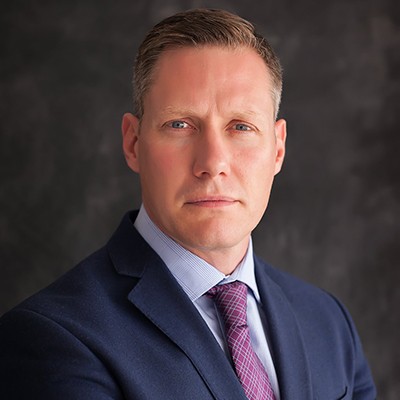 Dr. Craig’s teaching and research focuses on the intersection of modern technological natural science and modern political thought.  Trained as a political theorist, with a focus on early modern political philosophy and the thought of Francis Bacon in particular, his scholarly work explores the arguments for the encouragement and institutionalization of scientific and technological innovation, and the political challenges posed by modern science and technology.  He has published essays on the relationship of modern natural science and utopianism, both in the work of Francis Bacon as well as more generally, and about the challenge of bringing science and scientific expertise into policy making in a democracy.

He was awarded an “Enduring Questions” grant from the National Endowment for the Humanities to support the development of an undergraduate seminar course on the question, “What is the good of science?”  He is currently at work on a monograph on Francis Bacon’s effort to refound natural science. 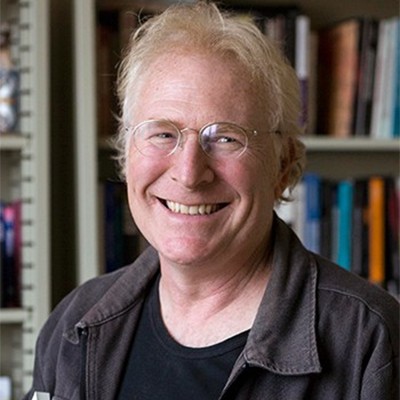 Gerald Easter is the Chair of the Department of Political Science at Boston College. He teaches courses in comparative politics, with a regional focus on Eastern Europe. His research interests include the modern state, comparative political economy, and post-Communist transitions.He is the author of Reconstructing the State: Personal Networks and Elite Identity in Soviet Russia (Cambridge University Press, 2000) and Capital, Coercion, and Post-Communist States (2012). 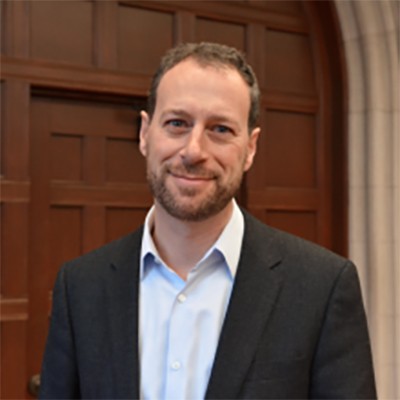 Bryan Garsten is Professor of Political Science and the Humanities, and Chair of the Humanities Program. He is the author of Saving Persuasion: A Defense of Rhetoric and Judgment (Harvard University Press, 2006) as well as articles on political rhetoric and deliberation, the meaning of representative government, the relationship of politics and religion, and the place of emotions in political life. Garsten is now finishing a book called The Heart of a Heartless World that examines the ethical, political and religious core of early nineteenth century liberalism in the United States and France. He has also edited Rousseau, the Enlightenment, and Their Legacies, a collection of essays by the Rousseau scholar Robert Wokler (Princeton University Press, 2012). His writings have won various awards, including the First Book Prize of the Foundations of Political Theory section of the American Political Science Association. 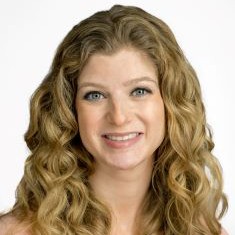 Allison Levy received a Ph.D. in Political Science from Boston College in 2015. She is a tutor at St. John's College. 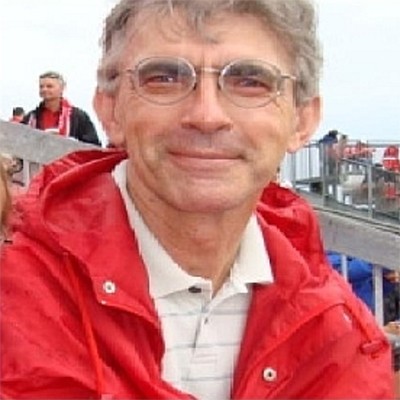 Peter McNamara’s research and teaching focuses on American political thought, Early Modern political thought, and political economy. He is the author of Political Economy and Statesmanship: Smith, Hamilton and the Foundation of the Commercial Republic and the editor of The Noblest Minds: Fame, Honor and the American Founding, and (with Louis Hunt), Liberalism, Conservatism and Hayek's Idea of Spontaneous Order. He has written on a wide variety of other topics including Hayek’s moral theory, political opportunism, Jefferson’s federalism, and the intellectual origins of business schools. He has taught at Utah State University and Clemson University, where he was a Hayek Visiting Scholar. He now teaches in the School of Economic Thought and Leadership at Arizona State University. 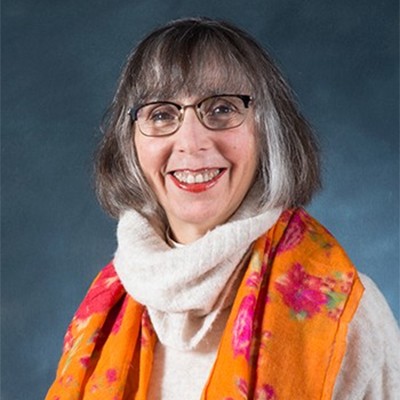 Susan Shell is Professor of Political Science at Boston College. She is the author of Kant and the Limits of Autonomy (Harvard University Press, 2009), The Embodiment of Reason: Kant on Spirit, Generation and Community (University of Chicago Press, (1996), The Rights of Reason: A Study of Kant's Philosophy and Politics (University of Toronto Press, 1980). She is also the co-editor (with Robert Faulkner) of America at Risk: Threats to Liberal Self-Government in an Age of Uncertainty (University of Michigan Press, 2009). She has also written on Rousseau, German Idealism, and selected areas of public policy. She has been a Visiting Professor at Harvard University, and received fellowships from The National Endowment for the Humanities, The American Council of Learned Societies, The Bradley Foundation, the Deutsche Akademische Austauschdienst and the Radcliffe Institute. She has served as Chair of the Department of Political Science. 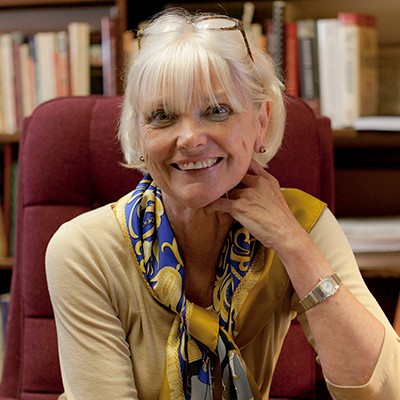 Jean Yarbrough is Professor of Government and Gary M. Pendy, Sr. Professor of Social Sciences, with teaching responsibilities in political philosophy and American Political Thought. She has twice received fellowships from the National Endowment for the Humanities, first in 1983-84, when she was named a Bicentennial Fellow and again in 2005-2006, under a "We the People" initiative. She is the author of American Virtues: Thomas Jefferson on the Character of a Free People (Kansas, 1998) , has edited The Essential Jefferson (Hackett, 2006) and, her most recent book, Theodore Roosevelt and the American Political Tradition, (University Press of Kansas, 2012) won the Richard E. Neustadt Award for 2013 (awarded annually by the American Political Science Association (APSA) for the best book on the Presidency). Ms. Yarbrough is the author of numerous articles and essays in American political thought and public policy, as well as other topics in political philosophy. She serves on the editorial boards of The Review of Politics and Polity, and was President of the New England Political Science Association in 2005.