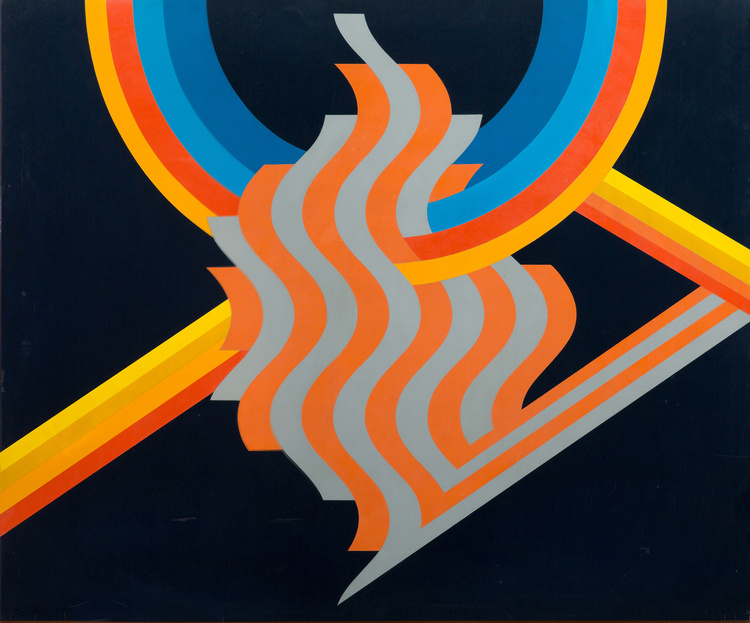 The McMullen Museum will be open to the Boston College community by appointment beginning February 1, 2021.  Faculty, staff, and students are welcome to schedule visits to view the  exhibition, Taking Shape: Abstraction from the Arab World, 1950s–1980s, or to explore works in the permanent collection. Please click here to schedule an appointment or contact Rachel Chamberlain at rachel.chamberlain@bc.edu to discuss specific requests.

While closed temporarily to the public, the Museum invites you to participate online via McMullen From Home.  Please visit our Events page for a listing of  virtual programs. Updates to Boston College’s COVID-19 response are posted here. 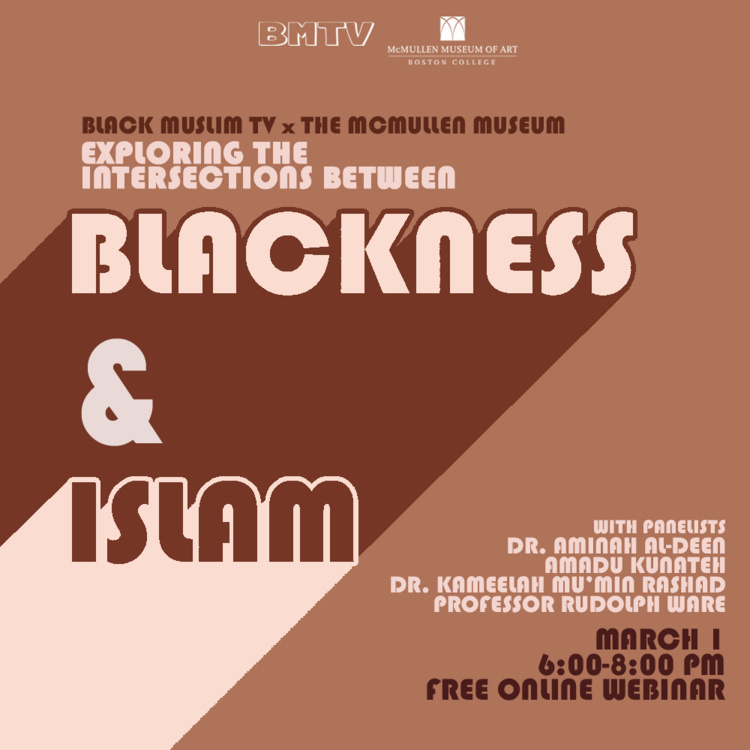 Panel Discussion: "Exploring the Intersections between Blackness and Islam "

The McMullen Museum is pleased to collaborate with BlackMuslimTv (BMTV), a platform that centers and celebrates the diversity of Black Muslims, for this informational panel aimed at examining the intersections of Black Muslim identity and experience in the United States. In the context of the United States, race and ethnicity are often conflated, and when it comes to non-Christian religions, religion is often racialized. This panel will interrogate the complex identities of Black Muslims and how ideals of Arabness and white supremacy often shape how Black Muslims navigate their multiple identities. In addition, it will reveal the various ways in which anti-Blackness, misogyny, and Islamophobia manifest in the various communities Black Muslims represent.

This event expands upon the themes that artists present in Taking Shape: Abstraction from the Arab World, 1950s–1980s, where moderator Latifat Odetunde, founder and producer of BMTV and Boston College student, along with four scholars, will provide a nuanced understanding of the various ways in which Islam and Blackness intersect.

Professor Rudolph Ware is a historian of Africa and Islam. Ware earned his PhD in history in 2004 from the University of Pennsylvania where he was trained in African history, African American history, and Islamic intellectual history. He is currently an associate professor in the department of history at the University of California-Santa Barbara, and the founder and director of the Initiative for the Study of Race, Religion, and Revolution (ISRRAR). His first book, The Walking Qur’an: Islamic Education, Embodied Knowledge, and History in West Africa, explores the history of a thousand years of Qur’an schooling in the region. He is the author of multiple articles on the history of slavery and abolition in Islamic Africa and the Atlantic world. His most recent book, Jihad of the Pen, explores Muslim mysticism in West Africa. He will assess the intersections between Blackness and Islam in relation to hip-hop, and also use his experiences in Senegal to talk about the Diaspora’s involvement.

Dr. Aminah Al-Deen is professor emerita of Islamic studies in the department of religious studies at DePaul University. She is the first and only Black woman to start the first undergraduate baccalaureate program in Islamic world studies. She is the former editor in chief of the Journal of Islamic Law & Culture. Her book publications include: African American Islam, Questions of Faith, Transnational Muslims in America, Introduction to Islam in the 21st Century, Global Muslims in the 21st Century, History of Arab Americans: Exploring Diverse Roots and Muslim Ethics in the 21st Century. Dr. Al-Deen is a Senior Fulbright Scholar, an advisory board member of the Institute for Social and Policy Understanding, board member of the American Islamic College, executive board member of IMAN (Inner City Muslim Action Network), and the American editor for the Muslim Minorities in the West Series for Brill Publishers. She is also an editor of Anthropology and Ethnology Open Access Journal. She will help us analyze the different ways the United States government and constitution take inspiration from Islamic concepts and law.

Amadu Kunateh graduated from Dartmouth College with a bachelor’s degree in sociology that included a focus on African American studies and is currently acquiring his doctorate from Harvard University in Islamic studies. Amadu, who moved to Boston from Sierra Leone, is also currently serving as chaplain of Boston College’s Muslim Student Association. Amadu’s passions extend from understanding Islamic theology and philosophy in the context of Islamic duties and practices to how Islam—as a practice and a philosophy—fits in various cultures. His recent projects have revolved around understanding the Tijāniyya Sufi order as part of his studies at Harvard University. The Tijāniyya Sufi order originated in North Africa but over time its focus shifted toward the western part of Africa and consequently, the entire globe. Amadu’s talks as the MSA’s chaplain have extended beyond understanding the duties of Muslim companionship via a focus on Al-Gazali. Amadu’s contribution to the panel would be broadly based on his recent academic interests and experiences as a Black Muslim immigrant.

Dr. Kameelah Mu'Min Rashad is the founder and president of Muslim Wellness Foundation (MWF), a nonprofit organization dedicated to promoting healing and emotional well-being in the American Muslim community through dialogue, education, and training. Rashad’s clinical and research areas of interest include: spirituality in psychotherapy; wellness and community resource building; storytelling as a way of facilitating connection; healing and closure in family of origin; healing justice and faith-based activism; racial trauma and healing; psychological impact of anti-Muslim bigotry and anti-Blackness; Black Muslim psychology and Black Muslim intersectional invisibility. Rashad served for three years as the Muslim chaplain at UPenn and continues to facilitate discussions on religious identity development and challenges faced by American Muslim youth. She is also a resource to the wider UPenn community and administration on Islam and Muslims.