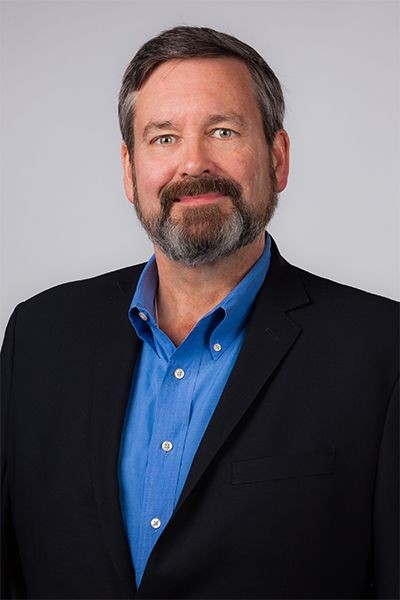 What attracted you to BC? Ditto, Computer Science?

BC was much admired by my grandfather who grew up in a parish in Cambridge, MA in the early 1900s. BC offered me scholarships, grants and work-study that made it so I could afford to attend. As a freshman, I worked an off campus job at night, and as kitchen help on campus several days a week and it all came together.

Computer Science was serendipitous. I met a tremendous group of people who made an immense difference in my life. Many who went out of their way to help me get ahead.

After a month of classes, I was very frustrated with Calculus as we were still re-hashing material that I had learned as a High School junior. I made an appointment to speak to my Faculty advisor, Jack Neuhauser then acting dean of SOM. It was past any deadline for reassignment, but Dr. Neuhauser smiled, said he could put me in a CS course if I could catch up quickly. Jim Gips was taking over from Jack as Dept Head and signed off. Professor Peter Kugel handed me 5 weeks of assignments and I went to work. I enjoyed the logic, the ability to make a machine work through instructions. I asked if I could double major in CS and Philosophy, (not allowed in 1977). So my Economics and Finance concentrations were joined by CS (never completed the economic).

Did you have a special interest inside of CS? (e.g., database, data mining, compilers, programming, etc.)

Two areas were of special interest to me. Artificial intelligence and the use of computers and models in finance. While at BC. I programmed in LISP and enjoyed the discussions on AI with Jim Gips. So I pursued a position at MIT’s AI Lab. At the same time I was working as research assistant running efficient portfolio analysis for Professor Tehranian of the BC Finance Dept. After graduation, I was offered a position with the AI Lab at MIT and a job with Monchik-Weber to work on portfolio analysis software on Wall Street. I took the Wall Street job. (it paid more).

For almost 15 years I have been working for UST Global. In that time, we have grown from fewer than 1000 employees to more than 25,000. Over the last few years w have been building platforms that disrupt our own services for the benefit of our customers. We have incorporated the machine learning, algorithms and process automation that we have built for clients, into integrated platforms that can be rap[idly implemented and easily adapted as new technologies evolve. Fast and futureproof. To do this, we have partnerships with Stanford AI Labs, MIT CSAIL and we invest in a number of smaller companies that have promising technology that we believe can scale to our Fortune 500 sized clients.

For the past year, I have worked as the Chief Commercial Officer, while continuing to consult with some of our largest clients on transforming at scale. Prior to this I served in many roles: Chief Strategy Officer, General Manager of Consulting Services, as a the head of Healthcare Technology, and as the CIO… In our collaborative and fast growing company, these jobs have often overlapped.

Do you feel your training at BC is directly applicable to your current work?

My training at BC was in Computer Science and Finance concentrations to get a B.Sc. in Management. The strong Liberal Arts Core, and the SOM Core were as important to me as learning multiple computer languages and how to design a database. In my career, I have had to manage thousands of people, and been an individual contributor. I have leveraged Financial Analysis in every position I have held, My philosophy classes have led to lifelong learning and ensured I always knew that there were multiple different ways people thought of themselves, their lives and their business. Learning multiple programming languages as part of learning the principles of CS has meant that I have never been hesitant to learn and understand new languages, technologies and paradigms. I am a firm believer that the breadth of the education I enjoyed from BC was as critical to my success as the specific skills I learned.

Do you have any special memories of your time at BC and/or the CS department?

Too many to mention them all… but a few would be…

What was the least-favorite part of your time at BC and/or the CS department? (Be gentle, now.)

Working all the time and never having much spare time. Paying your own way was difficult then and harder now. Complying with the work-study rules, being held to 20 hours a week, I had to always find second jobs and gigs to pay for tuition. I still remember Jim Gips when he was running the department, letting me know that the budget for my position would run out, but that I would be welcome back when they refunded in a future term. While those experiences digging ditches, moving furniture, cleaning rooms, bartending, and driving trucks is easy to romanticize now, I think it would have been nice to just work fulltime for those people in the CS Department, or for many other parts of BC who helped me out so much.

I could have been kinder. I had less patience as a TA than I should have with the QACS students (MBA student course in computers). Sorry Dr. Olivieri.

I did not keep in touch very much with the BC people nor the CS Department after 1984. I would have liked to have seen Jim Gips and thanked him before he passed. So to all the people from 1977 -1981 in Housing and Housekeeping, in Dining Services and the Computer Center, in CS and Finance… let me belatedly thank you now.