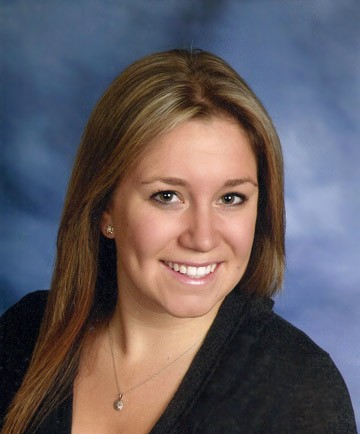 What attracted you to BC? Ditto, Computer Science?
My brother went to BC so I had always liked it.  Mostly, I was looking for a school with a good balance between academics and athletics.  I’ve grown up going to college football and basketball games and really loved the school spirit at BC; that combined with the exceptional academic offerings, I was very excited to attend BC.

On admitted Eagle Day, I attended the presentations put on by the Mathematics and Computer Science departments.  I had liked math in high school and assumed it might be the field where I got my major.  I was curious about CS; had always been the “techie” among my friends but had never taken any CS classes.  To be honest, I don’t remember much about the presentation, but it was interesting enough for me to sign up for CS074, Prof. Muller’s Digital World class (before the robots were involved).  From there, I was hooked.  I left that class every day with the same idea running through my head, “I can’t believe this all existed and I didn’t know about it!”.  We learned binary first, which was a great way to integrate my mathematic background into the beginnings of CS.  From there, I’m probably skimming over, we moved into image and sound processing – again, complete bewilderment at the idea that all color images are represented by pixels with three channels, “I can’t believe I had no idea!”.  Finally, we got into basic python programming with Turtle math.  I think this is where I finally realized that CS was the perfect synthesis of math, logic, and technology.  My favorite assignment was to make a rectangle tumble across the screen; it was challenging but the final working program was so satisfying.  After that assignment, Professor Muller advised me to look into some introductory CS classes.  I enrolled in CS101 the following semester and decided to pursue CS as a major soon after.  Fast forward past many long nights (and early mornings!) in the lab, too many hours making ALUs, and evenings with robots running around my apartment, and I happily graduated in May with a Bachelor of Science in Computer Science with a minor in Mathematics.

Did you have a special interest inside of CS? (e.g., database, data mining, compilers, programming, etc.)
My favorite CS classes were more theory based: Discrete Math and Theory of Computation.  Those appealed to the more mathematical side of CS, an area I really enjoyed and wish we learned more of.

Where are you working now?
I just started with Deloitte & Touche in the Boston office.  I’m on the Risk Information Services team under the Advisory Practice.

Do you feel your training at BC is directly applicable to your current work?
Absolutely.  From a CS perspective, I won’t be programming like some of my fellow CS alum might be.  I will, however, be focusing on data mining and data analytics.  Unfortunately, I wasn’t able to take the Data Mining course at BC due to scheduling constraints, but I do think that would have been directly aligned with my future work at Deloitte.  The querying skills I learned at internships and solidified in Web Apps course will also be very helpful going forward.

I also feel I am adequately prepared for the workforce because of other learning experiences at BC.  Not only did I gain technical skills from the CS department but I also developed my “soft” skills—the skills you can’t learn from a textbook.  Critical thinking and problem solving is a huge part of Computer Science and I’m finding myself very prepared on the job from my experiences at BC.

Do you have any special memories of your time at BC and/or the CS department?
One of my favorite classes was Prof. Signorile’s Robotics class.  It was a great class, really hands-on and super satisfying to watch a little robot run around according to some code we had just written.  One of my favorite memories was completing an assignment to mimic a fire detection robot, using a light sensor to find a “fire”.  We created a fan mechanism to simulate blowing out the fire and really had a fun time with it.

What was the least-favorite part of your time at BC and/or the CS department? (Be gentle, now.)
I had a hard time transitioning into Computer Science.  While I loved CS074: The Digital World, coming into CS101, that class was the only programming experience, and it was very basic and introductory.  I had a hard time keeping up in the intro classes because so many students had come in with CS knowledge from classes in high school.  Had I not taken CS074 to see what interesting things were ahead, I might not have stuck with CS1 to CS2, and on.  Luckily, I did stick with it, but it was very challenging for me.

Any regrets? Would you have done anything differently?
Not really.  I do wish I had been able to give more time to the Women in Computer Science club because it’s something I feel passionately about.  As I looked around my classes and even my trainings on the job, I understand that too many women haven’t given Computer Science a second thought.  It’s really a remarkable field with great growth potential in the future and yet there were only two female CS majors graduating in 2011.  I would have loved to reach out to more underclassmen while still at BC and try to recruit more incoming students but didn’t quite have the time.  Fortunately, I know WICS still stays in contact with BC graduates a great deal and I’m looking forward to getting involved as an alum.

What message would you like to convey to the current undergrads in CS?
Go abroad!  I know it seems like too much with the course load, but it’s definitely doable and I’m so happy I did.   I studied in Sydney, Australia and had the best time of my life.

Get involved! Be a TA or get involved with ACM or WICS.  We have so many opportunities to take advantage of within the CS department.  Some of my best relationships were developed through these clubs.  Go to the department picnics and speakers on campus, you can build your network with your classmates and Professors!