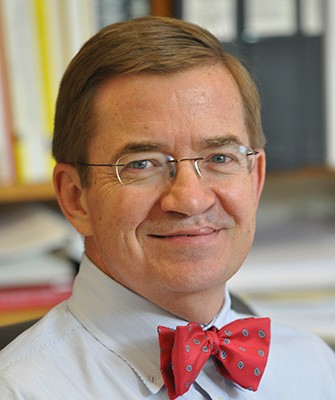 Mr. Shay has taught U.S. tax law courses as a Professor of Practice at Harvard Law School, as an Adjunct Professor at Boston College Law School, and as a Lecturer at Yale Law School, Oxford University (MSc. in Taxation) and the Leiden International Tax Institute (Masters in Taxation). Mr. Shay was the IBFD Professor in Residence for 2015.

Mr. Shay consults for international organizations and private parties and has testified as an expert before judicial and arbitral tribunals on behalf of governments and private litigants. Mr. Shay has been retained as an expert witness by the revenue authorities of Australia, Ireland and New Zealand and by private parties in investor-state arbitrations with Canada and Russia. Mr. Shay has served as an expert consultant to the International Monetary Fund on tax policy missions to Dominica, Kenya, Switzerland, Tanzania and Uganda. Mr. Shay has had extensive practice experience in the international tax area and while in active practice was recognized as a leading practitioner in Chambers Global: The World’s Leading Lawyers, Chambers USA: America’s Leading Lawyers, The Best Lawyers in America, Euromoney’s Guide to The World’s Leading Tax Advisers and Euromoney’s, Guide to The Best of the Best.

During his two tours of U.S. government service, Mr. Shay actively participated in the development and enactment of international provisions in the Tax Reform Act of 1986 and in 2010 the Foreign Account Tax Compliance Act (FATCA), as well as other international tax legislation. He was the U.S. delegate to the negotiation of the 1988 Council of Europe and OECD Multilateral Convention for Mutual Assistance in Tax Matters and in 2009 – 2010 he served as the U.S. delegate to the G20/OECD’s Global Forum for Transparency and Exchange of Information in Tax Matters. He has had principal responsibility for the U.S. tax treaty network, and has served as a treaty negotiator.

Mr. Shay is a 1972 graduate of Wesleyan University, and he earned his J.D. and his M.B.A. from Columbia University in 1976. He is admitted to practice before the bars of New York and Massachusetts.