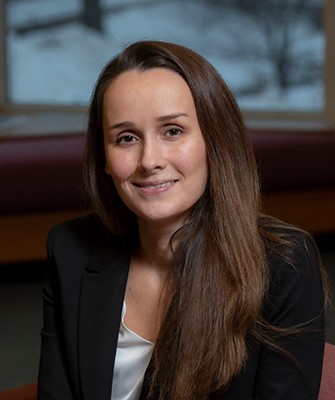 Lauren Jacobs, BC Law ’19, is a Staff Attorney in the Boston College Innocence Program (BCIP), where she supervises law students in the Innocence Clinic and litigates cases of wrongful conviction. Lauren previously served as a Clinical Legal Fellow, a two-year fellowship with BCIP supported by a U.S. Department of Justice Grant for Upholding the Rule of Law and Preventing Wrongful Convictions.

Lauren enrolled in BCIP as a law student in 2017. Throughout her second and third years of law school, Lauren worked on two different innocence cases, assisting in the investigation and litigation which ultimately led to the release of those clients after decades of wrongful imprisonment. Having discovered her passion for representing the wrongly convicted, Lauren applied for and received the BC Law Public Service Legal Fellowship which enabled her to work as a Fellow at the Committee for Public Counsel Services (CPCS) Innocence Program for her first year as an attorney. The Innocence Program is a specialized unit within CPCS which aims to identify and litigate meritorious post-conviction claims of innocence and provide advice and training for other lawyers handling innocence cases.

In 2019, Lauren was awarded the Massachusetts Supreme Judicial Court’s Adams Pro Bono Publico Student Award for her work with BCIP. Lauren is also the recipient of the 2019 BC Law Award for Clinical Excellence. In addition to her work in BCIP, Lauren wrote for the Law and Religion Review, and participated in the law school’s Gulf Coast Recovery Pro Bono trip.

Prior to law school, Lauren worked at EMPath, a Boston-based non-profit organization which provides direct services and programs to homeless families in the greater Boston area. Lauren’s experience working at one of EMPath’s women’s shelters inspired her to apply to law school and spend her career advocating for underserved communities.