Check back as more speakers are added 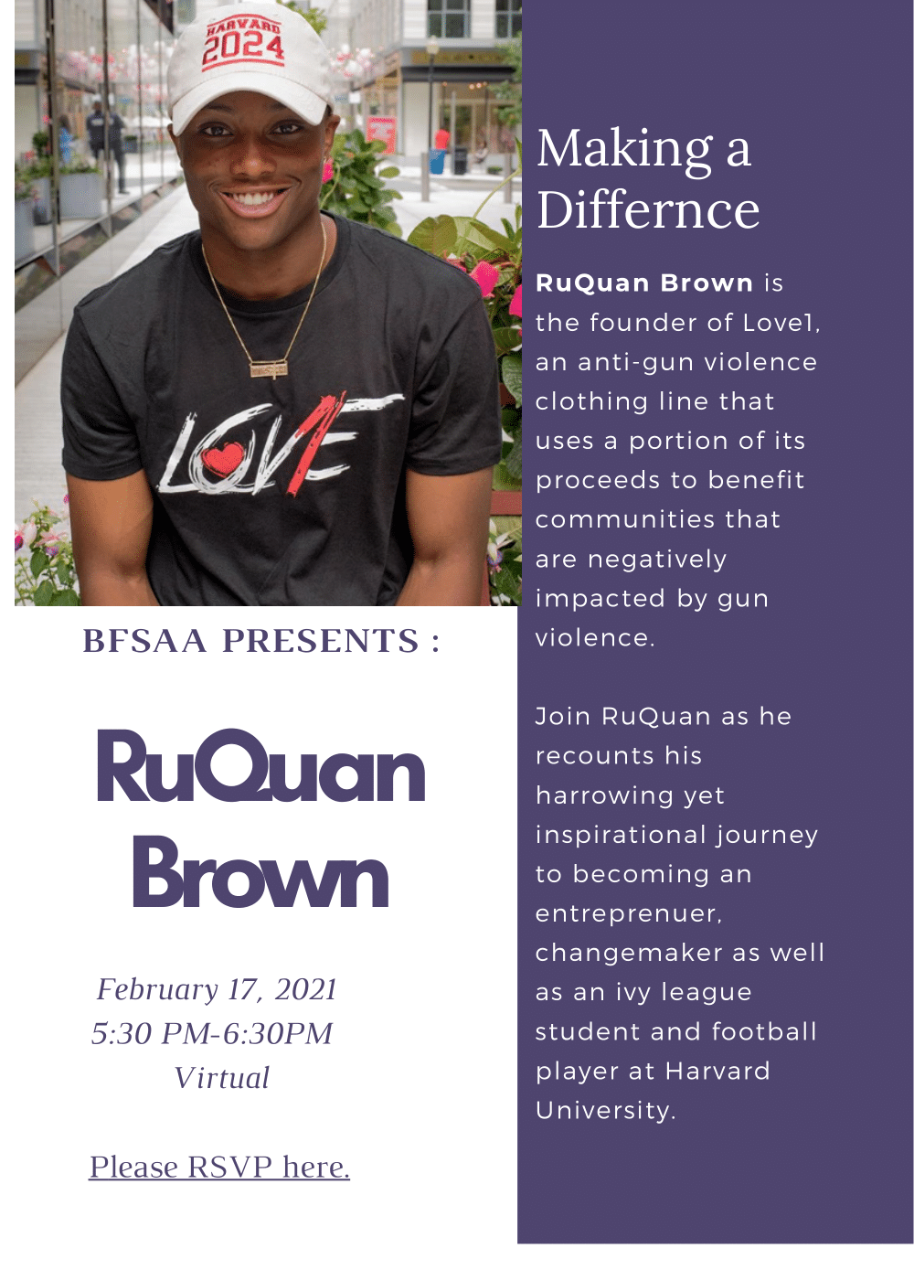 Meet changemaker RuQuan Brown. He is the founder of Love1, an anti-gun violence clothing line that uses a portion of its proceeds to benefit communities that are negatively impacted by gun violence. RuQuan founded Love1 while earning a 3.9 GPA, serving as student government president, and being a track and football champion at his high school in Washington, DC. Join RuQuan as he recounts his harrowing journey to becoming an entrepreneur as well as an ivy league student and football player at Harvard University.