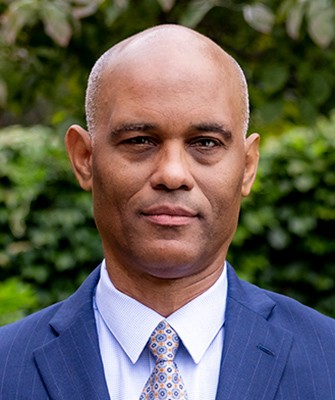 Thomas W. Mitchell holds the Robert F. Drinan, S.J. Endowed Chair at BC Law and serves as the Director of the Initiative on Promoting Land and Housing Rights, which seeks to help disadvantaged people and communities acquire and secure important property rights. Prior to joining Boston College in 2022, he served as a tenured professor on the faculties of the University of Wisconsin Law School (2000-2016) and Texas A&M University School of Law (2016-2022). In 2017-2018, he served as interim Dean of Texas A&M School of Law.

Professor Mitchell is a national expert on property issues facing disadvantaged families and communities, and has published leading scholarly works addressing these matters in academic journals, government publications, and publications for trade associations such as the American Bar Association. He has been interviewed by numerous media outlets including the New Yorker, The New York Times, The Washington Post, USA Today, NPR, ProPublica, The Nation, Politico, Mother Jones, the Atlanta Journal-Constitution, the Canadian Broadcasting Corporation, VICE, and many more.

Professor Mitchell has engaged in extensive law reform and policy work, most prominently serving as the principal drafter of a widely adopted uniform real property act named the Uniform Partition of Heirs Property Act (UPHPA), which is designed to substantially enhance the ability of disadvantaged families to maintain ownership of their property and their property-related generational wealth. States with a majority of the U.S. population have enacted the UPHPA into law, making it one of the most successful uniform acts the Uniform Law Commission has promulgated in recent times. In addition to the 20 states and the U.S. Virgin Islands that have enacted the UPHPA into law thus far, UPHPA bills have been introduced in several other state legislatures in 2022, and it is expected that a number of other state legislatures will consider the UPHPA in the years to come. In 2021, the Uniform Law Commission accepted a new proposal Professor Mitchell developed to address a different tenancy-in-common ownership problem, which likely will result in another uniform act that states will be able to consider. He also has helped to develop federal policy proposals, working with among others some in Congress, to assist disadvantaged farmers and property owners.

In 2020, Professor Mitchell was named one of 21 recipients of the MacArthur Fellowship in recognition of the substantial impact his professional work has had in assisting disadvantaged farmers and property owners, people who are disproportionately but not exclusively African American and other people of color. He is the only lawyer in his MacArthur Fellowship class. In 2021, he was awarded the Howard University Award for Distinguished Postgraduate Achievement, an award that Thurgood Marshall and Vice-President Kamala Harris, among other Howard luminaries, also have received. Also in 2021, The Journal of Black Innovation named Professor Mitchell as one of the 50 most important African Americans in infrastructure, recognizing that his work protecting property rights for people of color helps create a more just and equitable infrastructure system.

In 2022, Professor Mitchell received the American Bar Association’s Jefferson B. Fordham Advocacy Award, one of the most prestigious awards for lawyers in the United States, which recognizes “outstanding legal advocacy within the area of state, local, regional and tribal government law.” He is a previous recipient of the Elizabeth Hurlock Beckman Award, a national award he received for the substantial work he has done mentoring law students who have then worked as lawyers to advance social justice.

Professor Mitchell is a graduate of Amherst College, the Howard University School of Law, and the University of Wisconsin Law School where he received an LL.M. (masters of law) and served as a William H. Hastie Fellow.