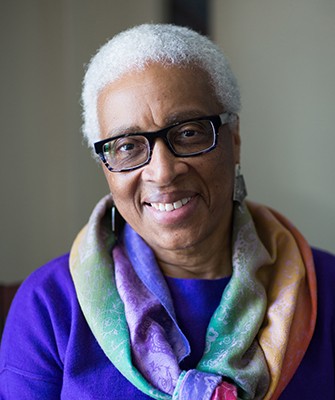 Geraldine Hines was born in Scott, Mississippi, and grew up in the Mississippi Delta. She graduated from Tougaloo College in 1968 and the University of Wisconsin Law School in 1971. Upon graduation she became a staff attorney at the Massachusetts Law Reform Institute, engaging in prisoner's rights litigation, and then, from 1973 to 1977 practiced criminal law with the Roxbury Defenders' Committee eventually becoming Director of the Committee.

After an MIT fellowship researching policy initiatives to address the issue of police misconduct in communities of color, she served as co-counsel in Commonwealth v. Willie Sanders. From 1979-1982 she litigated civil rights cases relating to discrimination in education and advised on special education law while a staff attorney at the Harvard University Center for Law and Education.

Justice Hines entered private practice in 1982, appearing in state and federal courts on criminal, administrative, labor and family law matters. She continued to litigate civil rights cases, including employment discrimination and police misconduct claims, as a founding partner in the first law firm of women of color in the New England region. Governor Paul Cellucci appointed Justice Hines as Associate Justice of the Superior Court in 2001. Governor Deval Patrick appointed her as an Associate Justice of the Appeals Court in 2013, and she was appointed to the MA Supreme Judicial Court a year later.

Justice Hines has been active in a number of civic and community organizations, some of which include the American Civil Liberties Union, the National Lawyers Guild and the National Conference of Black Lawyers. She has also observed elections and investigated human rights abuses in Africa and the Middle East. She was appointed to serve on both the Judicial Nominating Council and the Judicial Nominating Commission. Justice Hines has been an adjunct faculty member at Northeastern University Law School since 1980, and has frequently presented educational programs for attorneys and judges, including MCLE, where she has both presented and published materials in diverse subjects such as trial advocacy, federal civil litigation and municipal torts and civil rights claims.

Justice Hines was the Rappaport Distinguished Visiting Professor for the Spring 2018 semester.