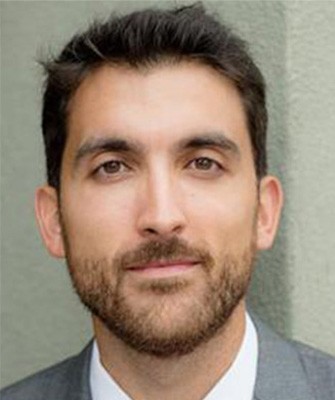 David Rangaviz is an Assistant Attorney General in the Civil Rights Division of the Massachusetts Attorney General’s Office. Before joining the Civil Rights Division, he worked as an appellate staff attorney at the Committee for Public Counsel Services and a trial attorney in the Maryland Office of the Public Defender. He also briefly worked in private practice at Zalkind, Duncan, & Bernstein LLP. He currently serves as the co-chair of the Boston Bar Association’s Criminal Law Section, a member of the Trial Court’s Committee to Eliminate Racism and Other Systemic Barriers in the Massachusetts Trial Court, and a participant in the Harvard Kennedy School’s Roundtable on Racial Disparities in Massachusetts Courts. While working at CPCS, he was a member of the Board of Directors of the Massachusetts Association of Criminal Defense Lawyers (MACDL) and served as co-chair of MACDL’s Amicus Committee.

Rangaviz's teaching and writing focus on criminal law and procedure. His writing has appeared in the Boston College Law Review, American Criminal Law Review, and Harvard Civil Rights-Civil Liberties Law Review, among others. Following law school, Rangaviz clerked for Kent Jordan of the U.S. Court of Appeals for the Third Circuit, Barbara Lenk of the Massachusetts Supreme Judicial Court, and John Conroy of the U.S. District Court for the District of Vermont. He is a graduate of Brown University and Harvard Law School.