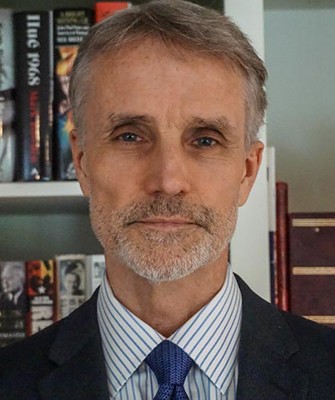 Mr. Curran is an adjunct faculty member at the Boston College Law School, teaching federal criminal civil rights law. Mr. Curran served as a federal prosecutor with the Civil Rights and Criminal Divisions of the U.S. Department of Justice from 1998 to 2018. For most of this period, he was a litigating attorney, deputy chief, and special litigation counsel in the Criminal Section of the Civil Rights Division, where he investigated and prosecuted cases involving bias-motivated violence, official misconduct, and involuntary servitude. He has served as the Civil Rights Division’s lead prosecutor in numerous hate crime and law enforcement misconduct cases, including the 2015 race-motivated killings at the Emmanuel AME church in Charleston (US v. Roof), the 2017 bias-motivated mass car attack on anti-racism protestors in Charlottesville (US v. Fields), and the 2004 beating of a young, multi-racial man by Milwaukee police officers (US v. Bartlett).

Mr. Curran received a B.A. degree from Bates College in 1981, and a J.D. degree from Georgetown University in 1996. He also received a M.A. degree in National Security Studies from Georgetown University in 1989. Prior to his legal career, Mr. Curran served as an intelligence officer in the United States Navy, between 1982-1993.