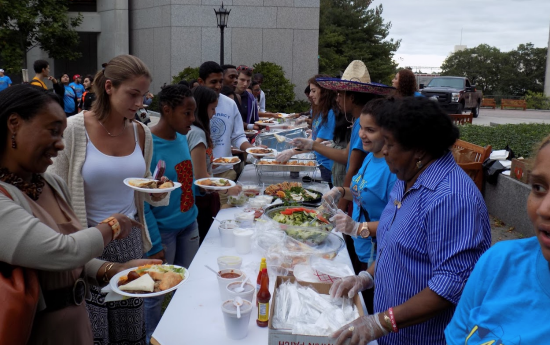 Beginning in the 1990s, efforts led by Latinos and allies on campus resulted in the emergence of organizing efforts that would lead to the recognition of Latino students, faculty and staff contributions to the Boston College community. In 1992, a committee of students, staff and faculty created the Archbishop Oscar Romero Scholarship. The goal of the scholarship was to award a junior that exemplified the spirit of Archbishop Romero. The Jesuit community, under the leadership of Rev. John A. Dineen, SJ, became the original funders of the scholarship, which now has become part of the University’s scholarship program.

In 2005, a steering committee was formed that became known as Latino Employees of Boston College (LEBC). The role of this committee was to begin the process of launching a formal organization committed to meeting the needs of Latino faculty and staff. In February 2007, LEBC hosted its first annual retreat that resulted in the formal establishment of the Latino/as at Boston College affinity group (L@BC).