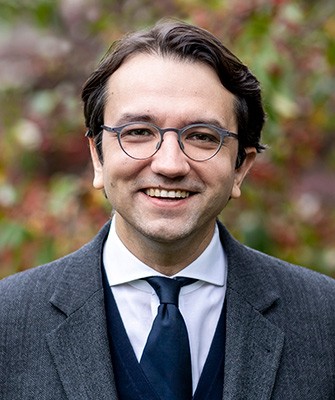 The President of Romania appointed Perju to serve on a Commission on Constitution Reform. Perju remains involved in Romanian constitutional and political development through scholarship and legal commentary. The latter can be found here and here (in English) and here (in Romanian).

Perju was a visiting professor at Harvard Law School, taught as an External Professor at the European Academy of Legal Theory (Brussels, Belgium), was invited to join LUISS (Rome) as visiting professor and has had multiple affiliations with the Minda de Gunzburg Center for European Studies at Harvard. Perju is serves as Chair of the Section on EU Law of the Association of American Law Schools, and is a member of the Good Lobby group that seeks to counter the abuse of power in Europe. He is currently on the editorial board of European Law Open (Cambridge University Press) and on the board of advisors of the journal Jus Cogens and of I-Connect – Clough Center Global Review of Constitutional Law.