Concurrent Professor of Law and Philosophy 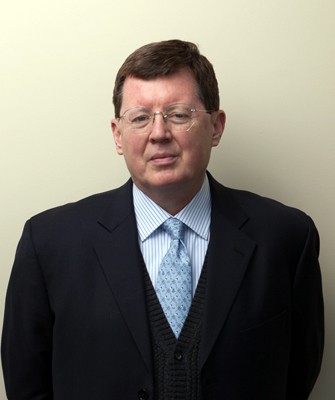 Thomas C. Kohler is the Concurrent Professor of Law and Philosophy. He is an internationally recognized authority on the labor and employment laws of the United States and other western nations, with an emphasis on German law. He has served as a Fulbright Professor on the law faculty of the Johann Wolfgang Goethe Universität (Frankfurt am Main), and has taught at the University of Texas School of Law and Columbia University’s Graduate School of Business.

In addition to an extensive body of publications on labor and employment law issues, and comparative law, Kohler has written on personhood, mediating institutions, issues in social and political theory, and Catholic social thought. He is the second American who has been invited to present at both the annual Hugo Sinzheimer Memorial Lecture (University of Frankfurt faculty of law) and the Japan International Labor Law Foundation Distinguished Lectures (University of Tokyo faculty of law). He has twice been invited to address the biennial meeting of the Deutscher Juristentag (the Association of German Jurists). Kohler has also participated in the lecture series Göttingen Lectures in Foreign and International Labor Law (Law Faculty of the University of Göttingen) at the law faculty of the University of Jena and Hugo Sinzheimer Institut in Frankfurt.

Among other honors, Kohler has been a German Marshall Fund Fellow and a Lynde and Harry Bradley Foundation Research Fellow. He has served as a member of the advisory board for the E.U.-sponsored European Labour Law Network, consultant to the industrial relations section of the Department of Sociology of the University of Warsaw, member of the International Board for the National College of Ireland, and scientific expert to the Pontifical Academy of Social Sciences at the Vatican. He has also acted as a consultant to governments, NGOs, and other international organizations on labor and employment law and policy matters.

Kohler serves on the editorial advisory boards of the Comparative Labor Law & Policy Journal and American Journal of Comparative Law. He has served as an international advisor and member of the Scientific Committee of IUSLabor, a journal sponsored by the law faculty of the Universitat Pompeu Fabra (Barcelona). He also serves on the National Executive Board of the International Society for Labor Law and Social Security. He is a fellow of the American Bar Foundation and member of the American Law Institute and Association of German Jurists (Deutscher Juristentag).