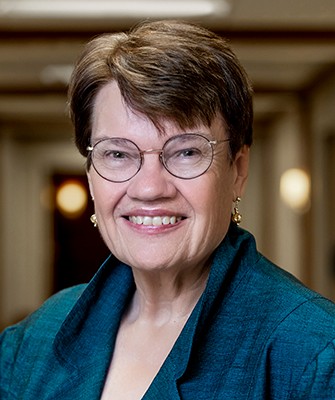 Patricia A. McCoy, a nationally prominent scholar in financial services regulation, is the inaugural Liberty Mutual Insurance Professor of Law. In 2010 and 2011, she joined the U.S. Department of the Treasury, where she helped form the new Consumer Financial Protection Bureau (CFPB), and, as the CFPB’s first assistant director for mortgage markets, oversaw the Bureau’s mortgage policy initiatives. She teaches insurance law, banking regulation, and a full array of other financial services regulatory courses.

McCoy's research interests focus on the nexus between financial products, consumer welfare, and systemic risk, analyzed through the lens of law, economics, and empirical methods. In “A Tale of Three Markets: The Law and Economics of Predatory Lending” (Texas Law Review), McCoy was among the first to raise alarms about the dangers of subprime loans. She has three books to her credit, the most recent being The Subprime Virus with Kathleen Engel, published by Oxford University Press. The author of numerous book chapters and articles, she has testified before Congress and been quoted in the New York Times, Wall Street Journal, The Washington Post, and on National Public Radio.

Previously, McCoy was a visiting scholar at the MIT Economics Department and served on the Federal Reserve’s Consumer Advisory Council and the board of the Insurance Marketplace Standards Association. In 2012, the American Law Institute named her as an adviser to the Restatement of the Law on Consumer Contracts.  More recently, she has sat on the Insurance Policy Advisory Council of the Federal Reserve Board and the advisory board for the Rappaport Center for Law and Public Policy at BC Law.  The American College of Consumer Financial Services Lawyers elected her as a Fellow in 2022.

McCoy received her law degree from U.C. Berkeley, where she was Editor-in-Chief of the Industrial Relations Law Journal.  Following graduation, she clerked for the late Hon. Robert S. Vance on the U. S. Court of Appeals for the Eleventh Circuit and then was a partner at Mayer Brown in Washington, D.C., specializing in complex securities, banking and constitutional litigation.  Later, she was the Director of the Insurance Law Center at the University of Connecticut School of Law before joining the Boston College faculty.  In her other life, McCoy is a longtime singer, performing choral works and operas with major orchestras.