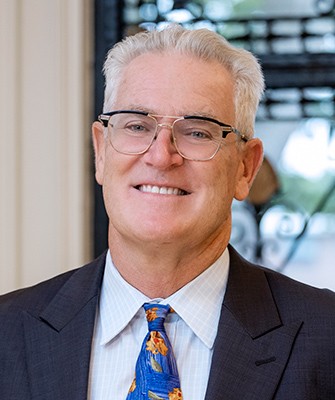 R. Michael Cassidy teaches and writes in the areas of criminal law, evidence, and professional responsibility. He is considered an expert in prosecutorial ethics and provides training nationally to public sector attorneys on their responsibilities under the Rules of Professional Conduct. In July 2021, the Supreme Judicial Court of Massachusetts appointed Cassidy to a four-year term on the Board of Bar Overseers, the arm of the State’s highest court that regulates, investigates, and disciplines Massachusetts attorneys.

From 2015-2018, Cassidy served as the founding faculty director of BC Law's Rappaport Center for Law & Public Policy. He served as BC Law’s Associate Dean for Academic Affairs from 2007-2010 and Associate Dean for Administration and Finance from 1996 to 2002. The graduating classes of 2005, 2010, 2016, 2019, and 2020 awarded Cassidy the Emil Slizewski Distinguished Teaching Award in recognition of his extraordinary devotion to quality instruction in the classroom.

Cassidy’s scholarship has been published in the Northwestern Law Review, Notre Dame Law Review, William & Mary Law Review, and Georgetown Journal of Legal Ethics, among others. He is the author/co-author of three casebooks in the field of legal ethics and is quoted frequently by the media on criminal law and legal ethics, appearing in the New York Times, Washington Post, Wall Street Journal, Chicago Tribune and Boston Globe.

Among his professional and community activities, Cassidy has served as Editor-in-Chief of the Massachusetts Law Review. His service also includes membership on the Massachusetts State Ethics Commission, Massachusetts Judicial Nominating Commission, Governor's Commission on Corrections Reform, SJC’s Advisory Committee on Massachusetts Evidence Law, and SJC’s Standing Committee on the Rules of Professional Conduct. Cassidy has also worked as an advisor to the National District Attorneys' Association and a legal consultant to the United States Department of Justice on issues of police misconduct and prosecutorial ethics. In 2012, he was elected to the American Law Institute.