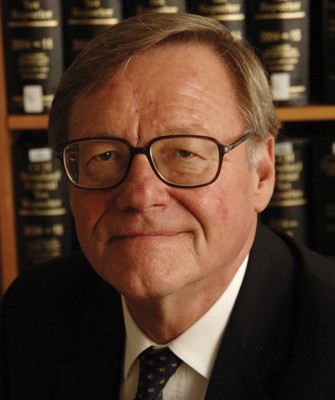 Hugh Ault retired from active teaching duties in the spring of 2012.

Professor Ault is a specialist in taxation with an emphasis on international tax issues. He was a Fulbright Exchange Professor at the University of Stockholm, where he received an honorary Juris Doctor degree in 1994. In 2003 he also received an honorary doctor of laws degree from Katholieke Universiteit Leuven, Belgium, in recognition of his academic contributions in international and comparative tax law. He taught courses in business and international taxation as well as tax policy.

Professor Ault has written numerous books and articles on tax issues. The fourth revised edition of his book Comparative Income Taxation: A Structural Analysis (Kluwer/Aspen) (co-authored with Brian Arnold and Graeme Cooper) appeared in 2019 and a Chinese translation of an earlier edition was published by Peking University Press in 2013. Professor Ault was formerly Senior Advisor to the Organization for Economic Cooperation and Development (OECD) Centre for Tax Policy and Administration in Paris (1997-2012). He also served as a Consultant to the United Nations Financing for Development Office (FfDO (2012-2016)), involved in work on strengthening developing country tax systems.