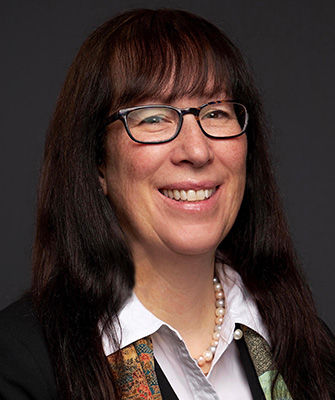 Diane M. Ring is Professor of Law and the Dr. Thomas F. Carney Distinguished Scholar. From the summer of 2021 through January 2023, she served as Interim Dean at BC Law. She served as Associate Dean of Faculty from 2018-2021.

Ring researches and writes primarily in the field of international taxation, corporate taxation, and ethical issues in tax practice. Her recent work addresses issues including information exchange, tax leaks, corruption and taxation, international tax relations, sharing economy and human equity transactions, and ethics in international tax. Ring was a consultant for the United Nation’s 2014 project on tax base protection for developing countries, and the U.N.'s 2013 project on treaty administration for developing countries. She was the U.S. National Reporter for the 2012 IFA Conference on the Debt Equity Conundrum, and the U.S. National Reporter for the 2004 IFA Conference on Double Nontaxation. She was the Assistant General Reporter for the 1995 IFA Conference on Financial Instruments and was a consultant to the IFA research project on the impact of technological and financial innovation on the taxation of income and activities. She served as Chair for the Tax Section Committee of Teaching Taxation of the American Bar Association.

Ring is also co-author of three case books in taxation– one on corporate taxation, one on international taxation, and one on ethical problems in federal tax practice. Prior to joining Boston College Law School, Ring was an associate professor of law at the University of Florida Levin College of Law, and an assistant professor at Harvard Law School. Before entering academia, Ring practiced at the firm of Caplin & Drysdale in Washington, DC, specializing in the area of international tax and the taxation of financial instruments. Ring also clerked for Judge Jon O. Newman of the Second Circuit Court of Appeals.