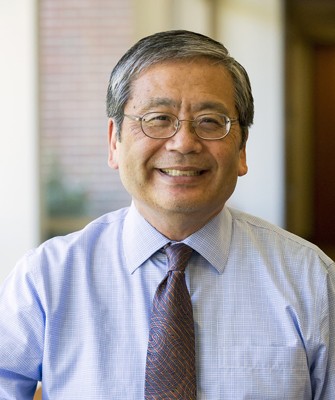 Dean Hashimoto is a professor and the faculty director of the Boston College Law School JD/MPH dual degree program with Tufts School of Medicine. His scholarship focuses on the interface of law, science, and medicine, especially in health care policy and the role of scientific evidence in the courtroom. Educated as an attorney and physician, he teaches torts, environmental litigation, health care law, and evidence. He has also studied the internment of citizens and aliens of Japanese heritage in World War II and written about the constitutional law cases decided in that era.

Hashimoto earned his J.D. at Yale University, where he served as a notes editor on the Yale Law Journal. After graduating, he clerked for Justice William Brennan of the U.S. Supreme Court and Judge David Bazelon of the U.S. Court of Appeals in Washington, D.C. He practiced as a litigator for Williams & Connolly Law Firm in Washington, D.C., and as a health care attorney for Ropes & Gray in Boston before joining the Boston College faculty.