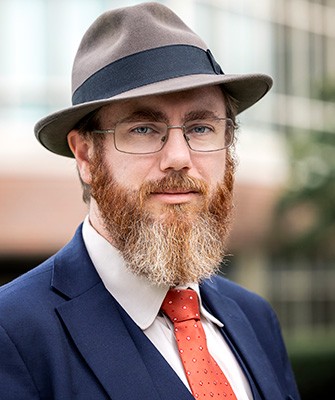 Daniel Lyons is a professor and the Associate Dean of Academic Affairs at Boston College Law School. He specializes in property, telecommunications and internet law, and administrative law. Before joining BC Law, Lyons practiced at the firm of Munger, Tolles and Olson in Los Angeles. He also clerked for Judge Cynthia Holcomb Hall of the Ninth Circuit Court of Appeals. He received his A.B. from Harvard College and his J.D. from Harvard Law School.

Lyons has testified before Congress and state legislatures, and has participated in numerous proceedings at the Federal Communications Commission. His work has appeared in legal journals such as the Emory Law Journal and in the popular press, including Forbes Magazine, US News and World Report, and the Wall Street Journal. He is also a nonresident senior fellow at the American Enterprise Institute, where he has written more than 150 blog posts on tech policy issues.