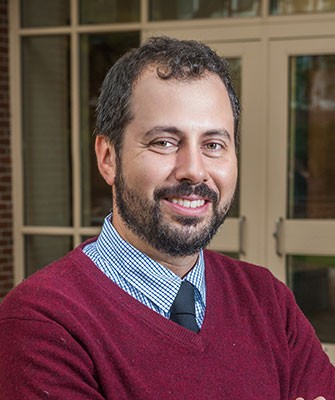 Dan Farbman joined the Boston College Law faculty as an Assistant Professor of Law in 2017. He teaches and writes in the areas of local government law, legal history, constitutional law, the legal profession, civil rights, and property. His work focuses on the legal history of radical reform movements in public law both from an institutional perspective and from the perspective of the practice of cause lawyering.

After he graduated from Amherst College in 2001, Dan spent a few years in New York City trying (and failing) to make it as a professional actor before he enrolled at Harvard Law School. After graduating in 2007, he was a clerk for Judge Margaret Morrow on the Central District of California in Los Angeles before beginning a Skadden Fellowship at Advancement Project in Washington, D.C. At Advancement Project he worked with community organizers around the country on grassroots efforts to fight racial injustice in public education with a particular focus on the school to prison pipeline.

After leaving practice, Dan pursued a Ph.D. in American Studies at Harvard. For three years prior to joining Boston College, he was a Climenko Fellow and Lecturer on Law at Harvard Law School. While at Harvard, Dan taught Legal Research and Writing and a seminar on Legal Realism.