The power of color

The psychology of color—and its power of persuasion—are critical aspects in marketing, where competition is steep and both consumer attention and product cycles are short. New research on color theory and persuasion, by Boston College marketing professors, offers important insights and implications for both consumers and the marketplace.

Henrik Hagtvedt and S. Adam Brasel of the Carroll School of Management reveal a striking visual phenomenon: the perceived size of products depends on the saturation of their color. A series of studies support their hypothesis that highly saturated color increases the perceived size of objects. 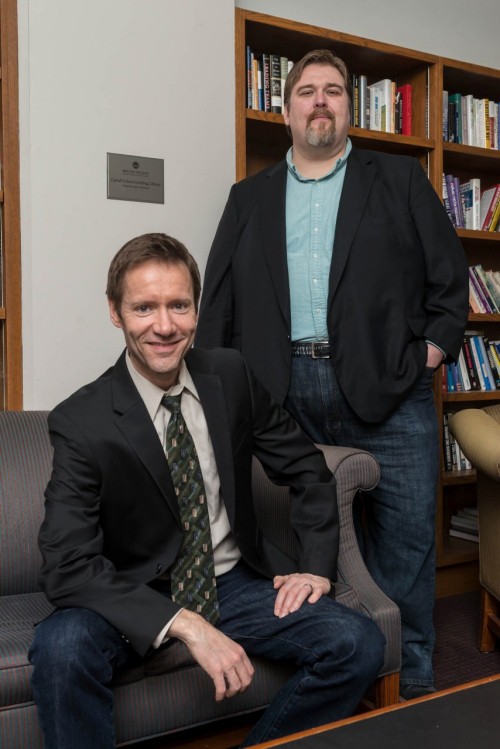 Theirs is the first research to demonstrate the positive relationship between color saturation and size perceptions.

“Color is ubiquitous, and it influences consumers in a variety of ways, many of which they may not even be aware,” said Hagtvedt, whose background as a visual artist informs his interest in the topic. “Research in psychology and—more recently—in marketing has documented some of those influences, but much remains to be done. For example, painters rely on numerous color effects that marketers are not necessarily familiar with but that may alter how consumers view products. This effect of saturation is one such example.”

“Saturation—which refers to a color’s purity—is an important but under-investigated dimension of color,” said Brasel. “Our results have implications for aesthetics, design, and sensory marketing—research areas that emphasize the importance of color and the need to explicate its role in consumer behavior.”

The results of six experiments—using objects and products with various shapes and color hues, with Boston College students as study participants—revealed the effect of color saturation on size perceptions, as well as other downstream consequences. One experiment, for instance, demonstrated that people who wanted a large suitcase evaluated it more favorably if its color was more rather than less saturated, and vice versa for people who wanted a small suitcase.

A third experiment showed that the saturation of an object’s color affected the perceived size of its surroundings as well: When an ottoman with highly saturated color was used as a benchmark, the ceiling height of the room in which it was pictured was perceived to be comparatively lower.

Because these findings highlight both perceptual and behavioral influences that may arise from a mere adjustment of saturation, they have broad practical relevance. For example, the researchers explain, color saturation is a low-cost but effective way to influence attention and size perceptions in retail stores. And it may be even more critical in online contexts, where visual impressions tend to be the only sensory gauge available to consumers.

“From a theoretical perspective, our findings provide new insights into fundamental effects of color on perception and judgment,” said Hagtvedt. “From a practical perspective, they showcase a broadly applicable device that can influence consumer responses to products, environments, and marketing materials.”

“The findings are relevant in contexts ranging from retail interiors to automobile exteriors and from packaging to screen displays,” added Brasel.