Why do we react as we do to others in distress? New insights from a BC neuropsychology researcher.

The brain’s insular cortex, which processes senses and emotions, controls reactions like approach to or avoidance of others through the action of the hormone oxytocin, a team of Boston College researchers reports in the latest edition of the journal Nature Neuroscience.

Searching for clues to complex human social behaviors, the team developed a procedure in which laboratory rats – much like humans – prefer to approach distressed juveniles but avoid distressed adults – responses known as social affective behaviors, according to the article titled “Insular cortex mediates approach and avoidance responses to others in distress.” 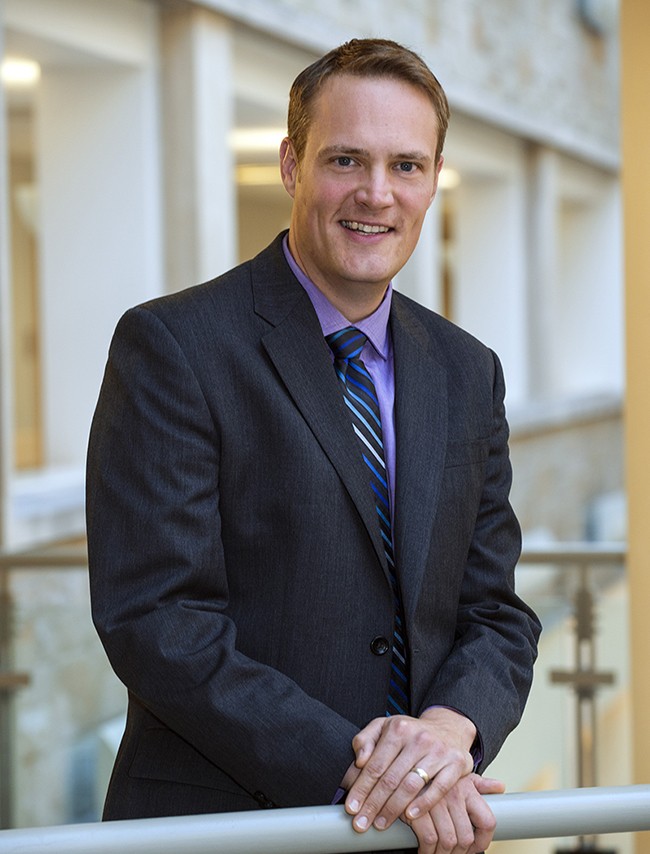 The experiments demonstrate how the brain’s insular cortex region is required for proper reactions to others in distress. Further, the release of oxytocin results in changes in insular cortex excitability and likely accounts for the social affective behaviors, according to the team, led by Boston College Gianinno Family Sesquicentennial Assistant Professor of Psychology John P. Christianson.

The team’s experiments provide a new model to investigate brain function during emotion recognition and empathy tasks. The model expands the research toolkit for investigations of social behaviors and psychiatric diseases like autism and schizophrenia. The findings point specifically to the insular cortex and oxytocin reception as key to social responses.

The overarching goal of the research initiative is to uncover the neural circuitry that allows animals to recognize the emotional states of other animals and generate appropriate reactions, Christianson said.

“We were surprised that insular cortex activity was correlated with both social approach and social avoidance behaviors,” said Christianson. “This suggests that the insular cortex works together with a distributed network to integrate features like the age and stress of other individuals.”

Understanding the wiring of the social brain is relevant to many social settings, Christianson said. As an example, he said, when an individual encounters someone else in distress, there are a number of possible reactions – to help the other, to flee, to seek help or warn others of potential danger.

“What an individual chooses to do in such a situation depends on a number of factors including the relationship between interactants, their ages, safety in the environment, and intrinsic empathic capacities,” said Christianson. “The social cognition underlying these decisions is critical for cooperation, trust, helping and intimacy.”

Christianson said his team uses neuroscience techniques “to investigate the biological basis for social cognition with the hope that we can better understand and treat people with conditions marked by aberrant social cognition such as autism or schizophrenia.”

The research was funded by the National Science Foundation, the National Institutes of Mental Health and the Brain and Behavior Foundation. In addition to Christianson, the article was co-authored by Assistant Professor of Psychology Maureen Ritchey, doctoral student and NSF Graduate Research Fellow Morgan M. Rogers-Carter, Research Associate Juan A. Varela, and undergraduate students Katherine B. Gribbons, Anne F. Pierce, and Morgan T. McGoey.

Christianson said the findings set the stage for a large-scale investigation of the brain circuits that work together to orchestrate responses to social emotional information with the hope that such research will lead to improved therapeutic options for individuals.

Specifically, the Christianson lab will investigate brain regions that receive input from the insular cortex to determine whether these pathways are necessary for interactions with stressed individuals.