Repositioning Understanding of the 'Weapon' Education 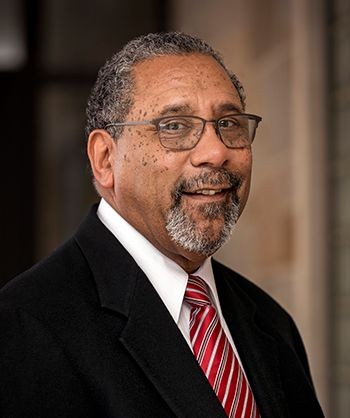 Hosted by the university's education faculty, the two-day event was staged in celebration of the 100th birthday of the late Nelson Mandela, the renowned and charismatic South African political leader, Nobel Peace Prize-winner, and the country's first black head of state.

Franklin, who also serves as director of the Nelson Chair Roundtable on Networking Community-Based Programs, addressed the link between the Mandela's infamous statement that "education is the most powerful weapon we can use to change the world," and the global perspective of the "weapon" in the 21st century.

He also shared "The Power of the Round Table," his model for university-community engagement and coalition building for collective impact.  Attendees included university faculty, students, local school teachers, and local community program leaders.

Franklin was also recently named an Honorary Professor at the Nelson Mandela University Centre for the Advancement of Non-Racialism and Democracy, established in 2010 to provide an intellectual and social space for debate on the complexities of post-apartheid South Africa.

Nelson Mandela University, the only higher education institution worldwide named in honor of the South African anti-apartheid revolutionary, was formed in January 2005 through a merger of Nelson Mandela Metropolitan University, the University of Port Elizabeth, and Vista University.  Renamed NMU in July 2017, the university enrolls more than 25,000 students from throughout the world.