When rating corporate social performance, BC students prove to be tough graders

At first glance, it’s a familiar scene at a business school: teams of students are delivering presentations on well-known companies. But on this spring day in Fulton 310, the teams were not just sizing up the products, markets, or company financials. They were teasing out an increasingly important indicator of corporate performance—the broader impact each firm is having on society at large.

During one presentation, on Adidas, the five-member team analyzed a swath of indicators including supply chain. Sporting a T-shirt with the Adidas logo, Tyler Coyne ’17 cited a much-publicized campaign by the sportswear manufacturer to make sure its far-flung subcontractors are giving workers “fair compensation.” The marketing student said, “We saw very little evidence that they’re implementing the plan.” Likewise, Amanda Helfrich ’18 pointed to a lack of transparency, especially with Adidas’s environmental impact (water efficiency, for instance). “It’s hard to verify their claims on the environment,” said the finance student.

Welcome to Managing for Social Impact and the Public Good, the name of both this course and Boston College’s newest interdisciplinary studies program. Co-sponsored by the Carroll School of Management and the Morrissey College of Arts and Sciences, Social Impact has just completed the first year of a two-year pilot. It is a co-concentration for management students (taken in addition to primary concentrations such as Finance and Accounting) and a University-wide interdisciplinary minor.

The course provides students with “a critical lens for looking at a company’s impact on all stakeholders, not just shareholders,” said Carroll School Professor of Information Systems Mary J. Cronin (Information Systems), who co-directs the interdisciplinary program with Morrissey College Professor of Theology Kenneth Himes, O.F.M. 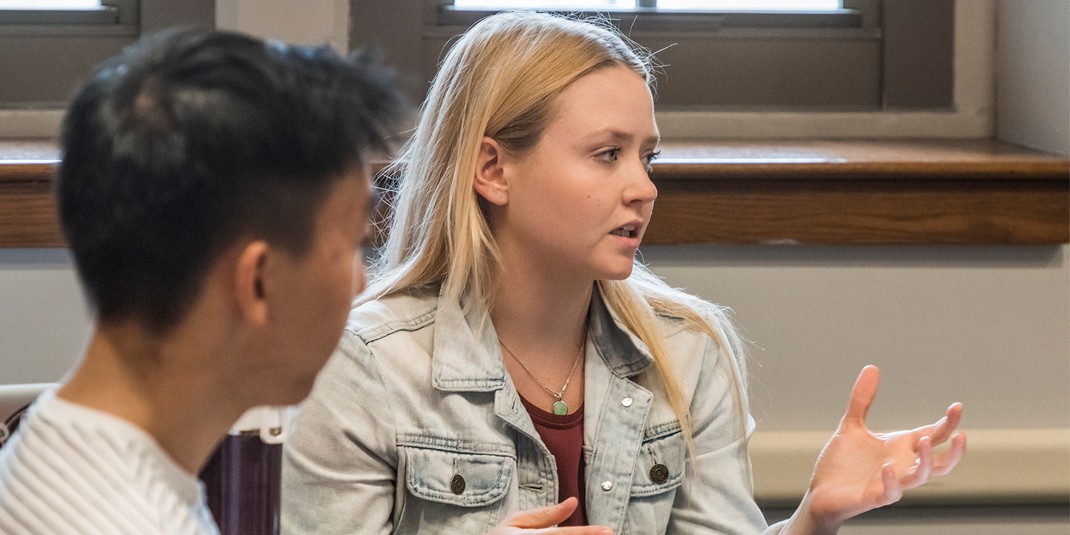 “Social Impact” was a catchphrase heard often throughout this past academic year at Boston College.

There was Social Impact the course, which had two sections with a total of 35 students. Information Systems Chair and Professor Robert G. Fichman taught the three-credit course this spring; Cronin did so in the fall.

There was Social Impact the program, which has 25 co-concentrators from the Carroll School and an equal number of minors from other schools of the University. It includes two required classes: the foundational course as well as a senior research seminar premiering next year for members of the program’s first graduating class. In addition, dozens of approved electives are pulled from departments ranging from Philosophy and English to Economics and Earth and Environmental Sciences.

There was also the release of a book—Managing for Social Impact: Innovations in Responsible Enterprise (Springer), edited by Cronin and BC School of Social Work’s Tiziana C. Dearing, who teaches and directs the Center for Social Innovation there. Issued in February, the book presents strategies for social innovation based in part on case studies of companies such as Whirlpool Corporation and nonprofit enterprises such as New York-based Living Cities.

And there was, on February 28, the symposium. “Leading for Social Impact” brought together more than 100 academics and practitioners, including some contributors to the book, along with Social Impact students. Among the faculty was Marketing Senior Lecturer Bridget Akinc, who contributed the Whirlpool chapter. An excerpt is available on this page.

THE UNEXPECTED VIRTUE OF A BIG MAC

On April 10, four teams in a section of Fichman’s class delivered their assessments of four companies: Eli Lilly, Nissan, and McDonald’s as well as Adidas. In a previous written assignment done individually, each student had to dissect a company’s corporate social responsibility, or CSR, report. These are long documents that companies increasingly use to communicate their social initiatives, partly in response to demands by consumers and activist groups. This time, the assignment (including both the presentation and a 4,500-word paper) was to analyze not just what the companies were saying but also the impact they were having on stakeholders and the environment.

All of the teams pointed to things the companies were doing well in the arena of corporate social responsibility. The Adidas team, for example, noted that the manufacturer persuaded the Turkish government to allow Syrian refugees to work in the country. But a common refrain was that the firms “could go a lot further,” as the Nissan team said of that company’s efforts to reduce hazardous waste.

Perhaps surprisingly, the corporation that received the most praise, or the least criticism, was the one known worldwide for serving up junk food.

“McDonald’s is actually the leader in CSR reporting,” said a member of that team, referring specifically to the fast-food industry. The young man cited, among other virtues, the way McDonald’s produces beef and coffee sustainably through its supply chain—for example, by not cutting down forests to make room for agricultural production. In one of its recommendations, the team did say McDonald’s needs to “find a middle ground” between its practice of paying workers scarcely above minimum wage and the $15 an hour that pro-worker activists are demanding.

In their evaluations of each company, the students revealed themselves to be tough graders—which they weren’t when they started the class, according to their professor. “At first, they would look at claims the companies were making in the CSR reports and swallow them whole,” said Fichman. “Now, they’re much more likely to question, to dig deeper, to put things in context.”

Echoing the observation, Adidas team member Helfrich said of the companies, “It’s important to figure out what they’re actually doing as opposed to what they say they’re doing.” The New Jersey native is looking ahead to how she will one day use these and other skills in her chosen field. “I want to help people become more aware of the environment, and I think I could do that through my finance career,” said Helfrich, who is minoring in Environmental Studies while co-concentrating in Social Impact. She mentioned the need for venture capital in the development of renewable energy.

Helfrich is confident that companies will increasingly need people like her to handle that work. “With my generation entering the workforce, it’s going to be a lot more prevalent,” she said, explaining that companies are finding that one way to recruit socially minded millennials is to raise their own social responsibility profiles. 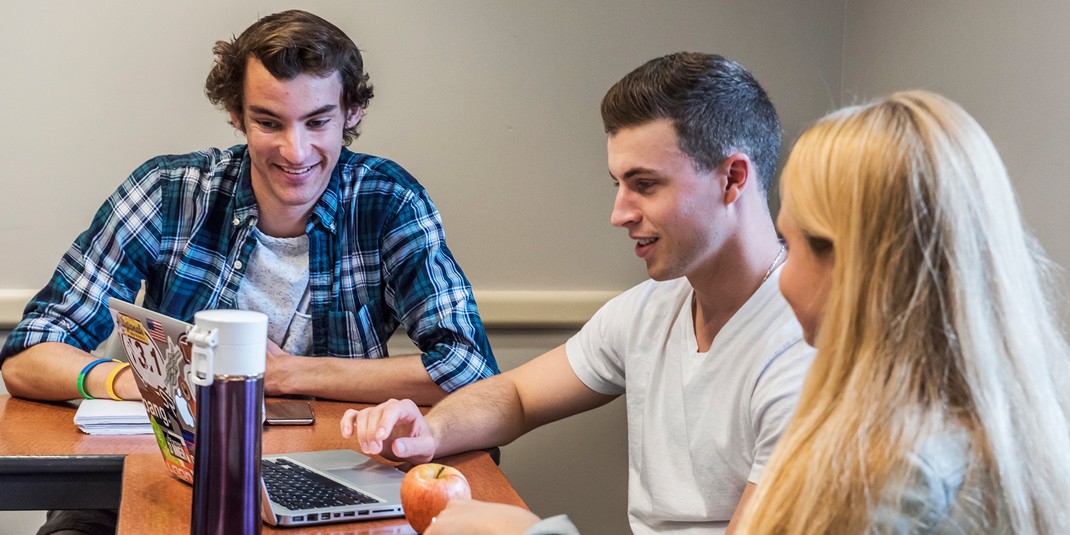 That’s certainly part of the message students are hearing in the Social Impact program. They’re getting exposed to the burgeoning field of corporate social responsibility, which is centered primarily on large established companies (many with CSR departments), as well as to “social enterprise,” which tends to involve newer, smaller outfits. Alumni and other practitioners have visited the Social Impact class and taken part in other campus events.

For instance, the February 28 symposium included a panel discussion on social-impact investing, which is defined as investments in either for-profit or nonprofit enterprises intended to generate measurable social or environmental impact. That movement is growing steadily, said panelists. “But we’re still in the early stages, still in the learning stages,” said Annie Chor, Carroll School ’07. Chor directs strategic partnerships at Social Finance, a Boston-based nonprofit that arranges private and public financing for innovations in areas such as health and education in low-income communities.

-By William Bole for the Carroll School of Management's Carroll Connection