UCD's Dermot Moran, a specialist in phenomenology and medieval philosophy, joins BC this fall.

Serving as the Gadamer Visiting Professor at Boston College during Boston's arduous, record-breaking winter of 2015 did nothing to dissuade Dermot Moran from his desire to return to the University.

Now, Moran is back at BC under far different circumstances, as the newly appointed inaugural Joseph Professor in Catholic Philosophy and chairperson of the Philosophy Department. 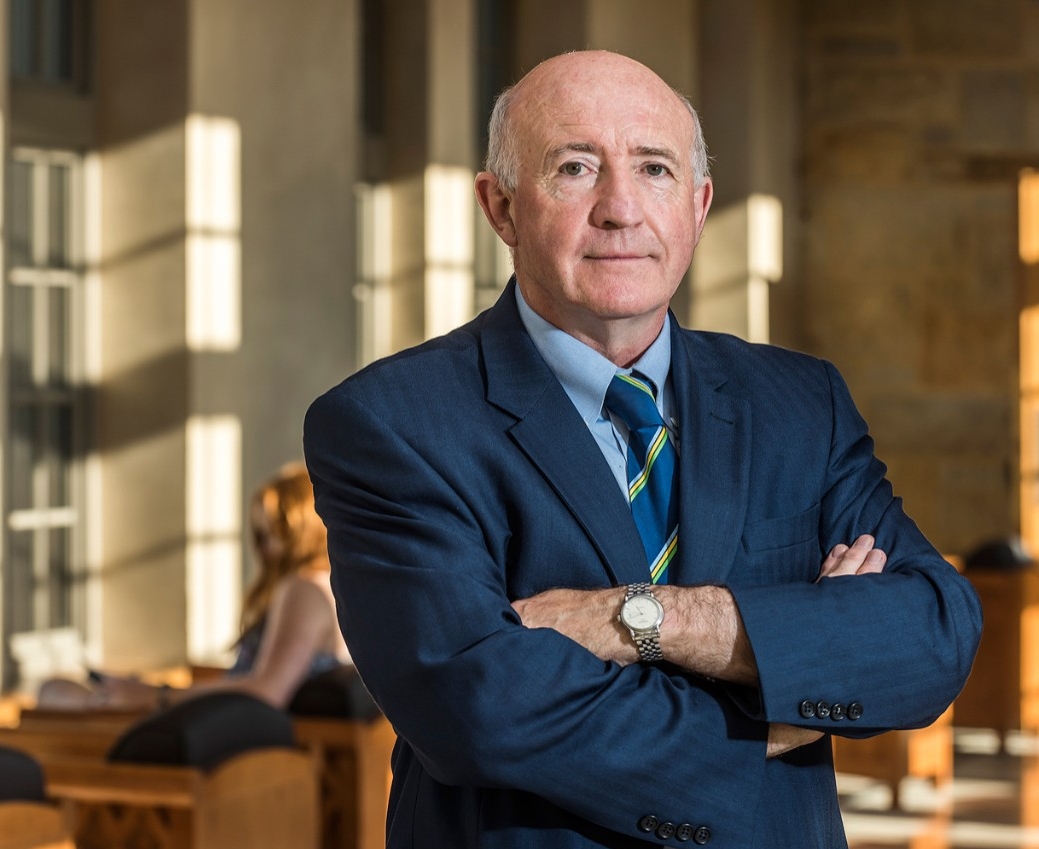 "It's a great honor to be the inaugural Joseph Professor in Catholic Philosophy," said Moran, a Dublin native who earned his doctoral, master of philosophy and master of arts degrees from Yale University. "Boston College is a university with a strong graduate program in continental European philosophy and history of philosophy, and that was a big attraction for me when I had the opportunity to teach here two years ago.

"Additionally, I have been impressed by the presence of philosophy, as part of the Catholic intellectual tradition, in BC's undergraduate program and especially its Core Curriculum," added Moran, holder of a bachelor's degree from University College Dublin, and a doctor of letters degree from National University of Ireland. "In this way, BC emphasizes the importance of perennial questions—What is the meaning of life? How should we live?—in a deep, meaningful way."

"This professorship is an excellent opportunity to examine the meaning of Catholic philosophy, in historical and contemporary terms. The challenge is to preserve the unique insights of Catholic tradition—the idea of living the full life as expressed classically in the Aristotelian concept of eudaimonia, or 'human flourishing'—and to be on the cutting edge of intellectual tradition, including dialogue with the sciences."

"The search committee had a challenging task in seeking to identify the person who would serve as both the first Joseph Professor in Catholic Philosophy and the next chair of the Philosophy Department," added Fr. Kalscheur. "We were looking for an outstanding philosopher whose scholarly profile fit the criteria for the endowed professorship, who could advance the vision of the department and contribute to the mission of the University as a whole, and who also possessed strong leadership ability and administrative skills. Dermot is uniquely qualified in all those areas."

Fr. Kalscheur said Moran's international stature as FISP president, in which capacity he is organizing a major conference— the 24th World Congress of Philosophy—next August in China, helps ensure that "Boston College is firmly engaged with the global philosophical community."

The establishment of the Joseph Professorship and Moran's arrival at BC, said Fr. Kalscheur, comes at a critical time in the discipline of philosophy—Catholic philosophy in particular.

Said Moran, "This professorship is an excellent opportunity to examine the meaning of Catholic philosophy, in historical and contemporary terms. The challenge is to preserve the unique insights of Catholic tradition—the idea of living the full life as expressed classically in the Aristotelian concept of eudaimonia, or 'human flourishing'—and to be on the cutting edge of intellectual tradition, including dialogue with the sciences."

Moran said he looked forward to interdepartmental dialogue with Theology, which could lead to "a broader understanding of how religion is functioning today: On the one hand, there is increasing secularism in the world, but also a renewal of faith cultures. This is where the Catholic tradition has traditionally found a good balance."

The 24th World Congress of Philosophy that Moran is organizing in Beijing—which some 5,000 academics from more than 90 countries are expected to attend, including BC faculty and graduate students—will be a useful window onto that global landscape of philosophy, he said. He also sees an opportunity to forge ties between BC and Peking University and other leading Chinese academic institutions.

Such initiatives and activities can aid in developing a "greater professionalization of our graduate students for employment," he said, "and equipping them for competitive placement."

Moran said he looks forward to learning more about philosophy in the undergraduate domain at BC, through the PULSE Program and Perspectives, for example, and the ongoing renewal of the Core Curriculum.

"The skills you learn—about how to formulate questions, how to evaluate and respond to arguments—through the liberal arts education BC provides are transferable to numerous settings and contexts," he said. "I'm sure my colleagues and I will have many discussions on how to strengthen the qualities that make BC so distinctive."