A richly journalistic portrait of Russia’s dwindling, but still vibrant and influential Jewish community, is presented in a new book by bilingual author and scholar Maxim D. Shrayer, a Boston College professor of Russian, English, and Jewish studies.

Based on new evidence and a series of interviews, With or Without You: The Prospect for Today’s Jews in Russia is both an exploration of the texture of Jewish life in Putin’s Russia and an émigré’s moving elegy for Russia’s Jews—a group which 40 years ago constituted one of the world’s largest Jewish populations. 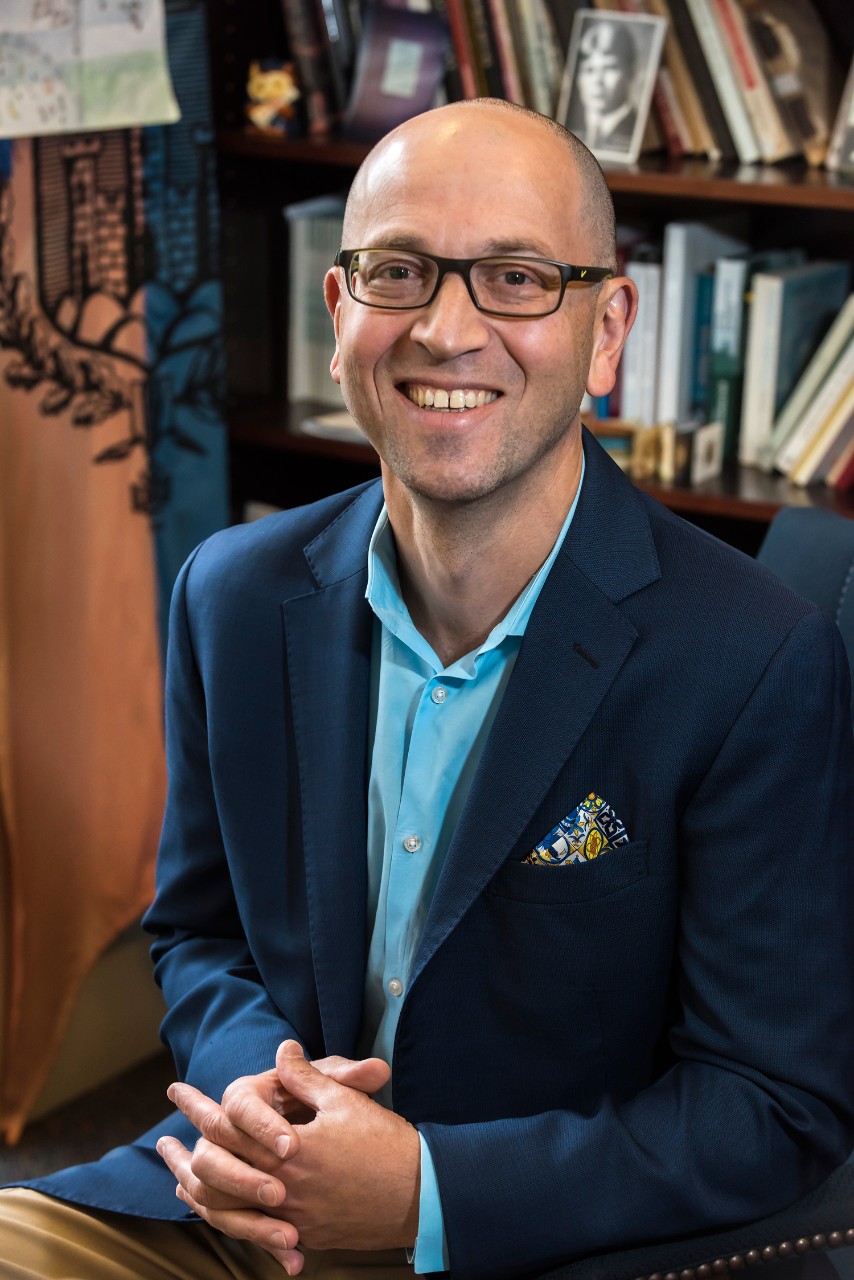 Born in Moscow in 1967 to a Jewish-Russian family, Shrayer spent nearly nine years as a refusenik with his parents; they left the USSR and immigrated to the United States in 1987.

“In contrast to my previous writings—which examined the culture and history of Jews in Tsarist and Soviet Russia and also in diaspora, mainly in the United States and Israel—this book investigates the present while also attempting a bit of punditry,” Shrayer explained.

With or Without You began as a fact-finding mission for a magazine essay and evolved into a first-person narrative account of Russia’s declining Jewish community. “In 1989, according to the last official Soviet census, there were 1,480,000 Jews in the USSR, of whom 570,500 were living in the Russian Soviet Federative Republic,” Shrayer noted.

“Today’s core Jewish population of about 180,000 puts Russia behind Israel and the United States by millions and also behind France, Canada, and the United Kingdom,” he said, “despite that, while antisemitism has not disappeared in Russia, its presence and prevalence is less manifest in Russia’s mainstream.”

Shrayer initially researched the book during a visit to Moscow last fall, where he sought answers to questions central to modern Jewish history and culture: Why do Jews continue to live in Russia, after everything they had been though? What are the prospects of Jewish life in Russia? What awaits the children born to Jews of my own generation who have not left? Shrayer also pondered: “Is it time to compose an elegy for Russia’s Jewry?”

With or Without You—which details his interviews with a diverse group of Jews, and includes his own observations as an ‘outsider-insider’—yields insights into the complex situation of Russian Jews today: about the minority who have remained, against all odds, in their mother country and about Russia, a country continuously losing its Jews.

With or Without You [Academic Studies Press, Oct. 2017] has drawn critical praise:

“Lucid and insightful, Maxim D. Shrayer reminds why so many Russian Jews left the country they once called their own, and explains why those who stayed are still unsure if they belong. Clearly written and very readable,” according to Washington Post columnist and author Anne Applebaum.

“The answers Shrayer provides in his rich, multi-layered and thought-provoking book put into conversation two different narratives of the Jewish past, one of the Jews who have left, the other of those who have stayed. One cannot grasp the future of the Jews of Russia without reading Maxim D. Shrayer’s book,” said Serhii Plokhy, Mykhailo S. Hrushevs’kyi Professor of Ukrainian History, Harvard University and author of Lost Kingdom: The Quest for Empire and the Making of the Russian Nation.

“In this concise and clear-headed book Maxim D. Shrayer has managed to convey all the complexity of the present-day condition of Russia’s Jewry. Sociological analysis is intertwined with a former refusenik’s acute personal observations; youthful memories of Moscow (all émigrés are forever frozen in the age when they left) are superimposed on adult ruminations of a father showing his eleven-year old daughter around his native city. A remarkable investigation, emotionally colored and unerringly precise,”       said Luba Jurgenson, author and Université Paris IV-Sorbonne professor.

Shrayer’s new book “is both a new departure and a logical continuation of my research and artistic pursuits. My previous scholarly books and literary works include An Anthology of Jewish-Russian Literature, a study of Jewish identity in early Soviet literature (Russian Poet/Soviet Jew), a book about Jewish-Russian poets as witnesses to the Shoah (I SAW IT), and two literary memoirs about the experience of Jewish emigration from the former USSR (Waiting for America and Leaving Russia). My short stories, some of them collected in Yom Kippur in Amsterdam, explore the immigrant triumphs and tribulations of ex-Soviet Jews.”

In his new work, Shrayer questions whether “Russian Jews [will] remain in the top 10 [in terms of population], or eventually slide to the level of Belgium, Italy, Switzerland, and Chile, all in the range of 20,000–30,000? To be sure, Jews are less and less known to—and knowable by—the average Russian; in Russia Jews are increasingly becoming figments of memory and imagination.”

Shrayer concludes that “this great outflux of Jews from the former USSR and the post-Soviet states has taken a toll on the public awareness of and public attitudes toward Jews. It has changed—and possibly transformed—the living space of world Jewry.”

Maxim D. Shrayer
Born in Moscow in 1967 to a Jewish-Russian family, Maxim D. Shrayer spent nearly nine years as a refusenik. He and his parents, writer and doctor David Shrayer-Petrov and translator Emilia Shrayer, left the USSR and immigrated to the United States in 1987 after spending a summer in Austria and Italy. He has authored and edited more than fifteen books of criticism, biography, nonfiction, fiction, poetry, and translation. Shrayer is the author of the acclaimed literary memoirs Waiting for America: A Story of Emigration and Leaving Russia: A Jewish Story (2013 National Jewish Book Award finalist); of the story collection Yom Kippur in Amsterdam, and of three collections of Russian language poetry. He was awarded a Guggenheim Fellowship for his work on Jewish poets as Shoah witnesses. For more information, visit Shrayer’s website at www.shrayer.com.