The multidisciplinary work of new faculty on religion and the African Diaspora.

The multidisciplinary work of new faculty members Amey Victoria Adkins-Jones and Kyrah Malika Daniels has brought to Boston College a unique expertise on religion and the African Diaspora.

Their respective research and teaching interests reflect an appreciation for the classic tenets of theology, to which each brings fresh, contemporary perspectives and insights: Adkins-Jones studies Mariology, human trafficking, and the prison industrial complex; Daniels explores race, religion and visual culture, sacred arts and material culture, and ritual healing traditions in the Black Atlantic.

“Religion and spirituality have always been an important part of African diasporic history and culture,” said Associate Professor of History Martin Summers, director of African and African Diaspora Studies.

“I’m especially excited that we’ve been able to bring to AADS and the BC community two dynamic scholars who, although they approach religion from different methodological perspectives and are interested in different questions, are deeply committed to researching and teaching about the spiritual, social, and political dimensions of black religious identity and practice. I think that our program and our students will benefit enormously from Professor Adkins-Jones’ and Professor Daniels’ presence.” 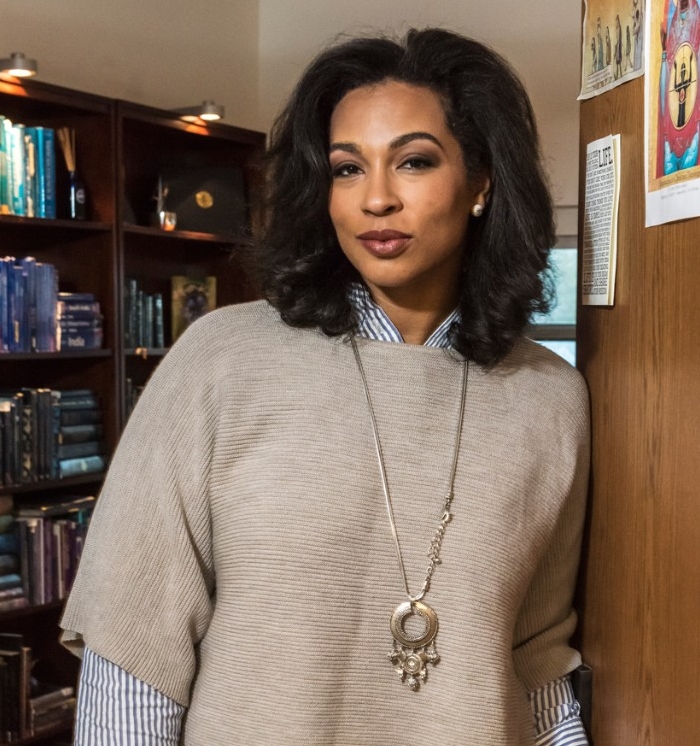 Adkins-Jones pointed to BC’s “commitment to Jesuit values” as a key factor in her decision to join the University – a commitment she has witnessed inside the classroom and out. “BC is a place of rigorous scholarship, but not at the cost of care to students and faculty,” she explained. “The concern for the individual is quite apparent in the University community.”

As a teacher-scholar rooted in community, justice and social values, Adkins-Jones has felt empowered and inspired through her affiliations with Theology and the African and African Diaspora Studies Program.

“I think it’s the responsibility of scholars in every field to think and speak on issues of identity and matters of injustice, locally and globally, if we want a world in which we can all live,” she said.

Discussing her wide-ranging research interests, Adkins-Jones described a theological vision built around an understanding of “the multiplicity of others.”

“We all live at multiple junctions in life, but how many of us are forced into discrete categories?” she said. “What are the consequences of this, and how do we find solutions? I examine those questions in a theological context.”

Adkins-Jones has applied this perspective in analyses of trafficking, especially its colonial-era origins and ties to Christian tradition, and race and gender-related issues of confinement. Her study of the Virgin Mary centers on the dimensions of purity narratives, and how efforts to maintain the environment in which these narratives exist “often come at the expense of someone else.” Her forthcoming book pulls together these threads.

She has recently begun work on a new book on theological responses to technology and violence. “If theology helps us to see humanity in the image of God,” she said, “how does technology disrupt that? For example, why do police body cameras – which are supposed to encourage caution and restraint through surveillance – instead seem to actually produce violence, and mainly against black people?”

A native of Virginia, Adkins-Jones earned her bachelor’s degree from the University of Virginia, a master’s of divinity degree from Duke Divinity School and her doctorate from Duke. Among her various scholarly activities, she has been a frequent presenter at the American Academy of Religion annual meetings, lectured on race and confinement at a conference on moral implications of torture, and appeared as a panelist on the PBS show “Religion and Ethics Newsweekly.”

Adkins-Jones is teaching an Introduction to Christian Theology core course, along with a seminar, Black Church, Black Protest. Her first brush with BC students was overwhelmingly positive.

“The level of thoughtfulness, care, acuity and directness of their responses in our class interactions – it makes you want to teach for the rest of your life,” she said. “I want my students to know the world is their classroom. Theology is an exercise in empathy and paying better attention to those around you, and the students I’ve seen seem to understand this.” 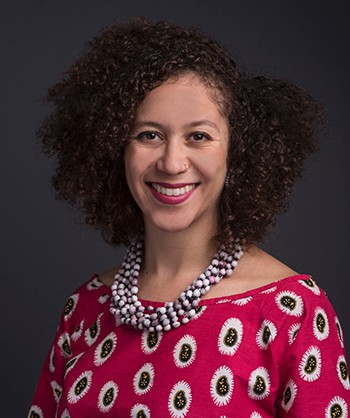 Daniels served as junior curator at the Smithsonian Institute’s National Museum of American History in Washington, DC. Following the Haitian earthquake of 2010, she worked in St. Raphael, Haiti, with Lakou Soley Academic and Cultural Arts Center, a grassroots organization that develops arts-based pedagogy. Her work has been published in the Journal of Africana Religions and the Journal of Haitian Studies, and is forthcoming in the Journal for the American Academy of Religion.

Growing up in a home full of religious art from African and Caribbean cultures, Daniels had an inclination to study sacred art and rituals, from which she developed a strong interest in the importance of ceremonies and holistic remedies for physical illnesses and spiritual imbalance among religious communities in the Caribbean and Central Africa. She is working on her first book, tentatively titled When the Spirit Is Ill, which examines key ritual art objects used in healing ceremonies to treat spiritual illnesses and mental health conditions in Haiti and the Democratic Republic of Congo.

“Addressing mental health issues has long been, and continues to be, a major societal concern,” she said. “My focus is on how certain populations and communities deal with such issues by using ritual art objects in religious healing ceremonies, many of which have been in use for centuries. What are the important components of the healing rituals? How might these have changed or evolved over the years? How have they have been handed down from generation to generation?”

This semester, Daniels is teaching the course We Wear the Mask: Festival, Carnival & Masquerade, which she calls her “dream class.” “The rituals and traditions that take place during Mardi Gras or other similar festivals and carnivals are not all about play and partying,” she said. “There are some important themes of humanity and identity at work here. Putting on a mask or a costume is about making a transition: What do we become, and how are we meant to be transformed? How is the space we are in transformed?”

Daniels holds a bachelor’s degree from Stanford University, and master’s and doctoral degrees from Harvard University. She has been the recipient of a Mellon Mays Undergraduate Fellowship Dissertation Grant from the Woodrow Wilson National Fellowship Foundation and a Fulbright Institute of International Education grant for fieldwork in the Democratic Republic of Congo, and co-organized conferences and panels for, among others, the American Academy of Religion and the African & Diasporic Religious Studies Association.