As the Jubilee Year of Mercy concludes, a reflection on Pope Francis from U.S. Ambassador to the Holy See Ken Hackett '68.

"Throughout his three-plus year papacy, the concept of mercy has been the guiding principle which has informed and influenced both Pope Francis' policy decisions and personal journey."

Pope Francis ceremonially concluded the Jubilee Year of Mercy on November 20, the feast of Christ the King, by closing The Holy Doors in St Peter’s Basilica, which he had opened to begin the year on December 8, the Solemnity of the Immaculate Conception, in 2015.

Kenneth Hackett '68, H'06, has served as U.S. Ambassador to the Holy See since 2013. At a conference on campus earlier this fall, he shared his perspective on "The Francis Revolution: Mercy," in a keynote address that begins at 27:20:00 in this video. 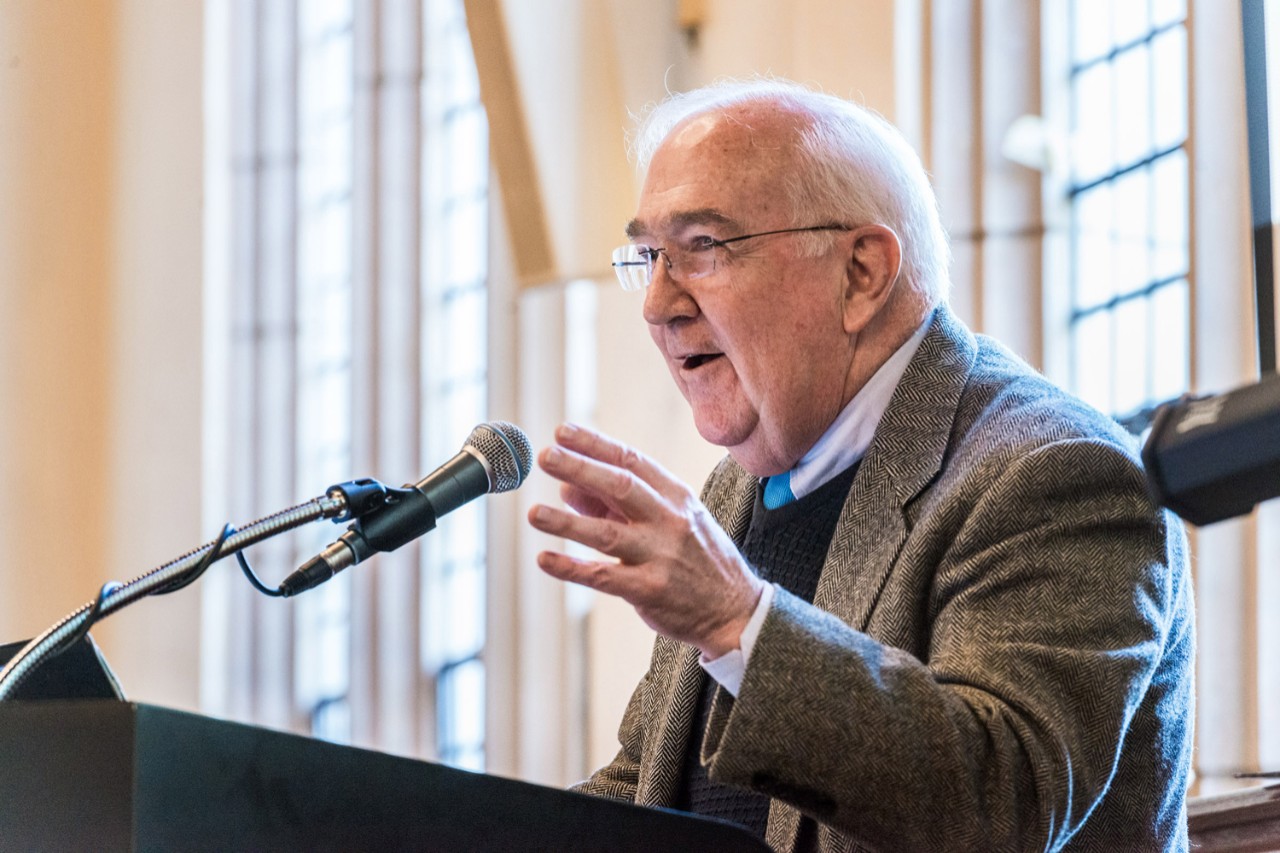 U.S. Ambassador to the Holy See Kenneth Hackett delivered the keynote address "The Francis Revolution: Mercy" at the Boston College conference "Public Theology and the Global Common Good," which celebrated the work of former Center for Human Rights and International Justice director and longtime faculty member David Hollenbach, S.J. The event also marked the 30th anniversary of the U.S. Conference of Catholic Bishops’ pastoral letter “Economic Justice for All.”

The Year of Mercy: Boston Pilot