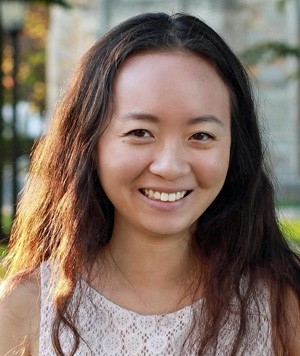 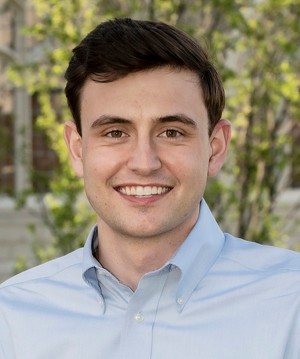 German and Mu are among the 62 new Truman Scholars selected from 845 candidates nominated by 328 colleges and universities—a record number of applicants for the 46-year-old program. The scholarship supports the graduate education and personal development of standout undergraduates who display leadership potential, intellectual ability, and a strong record of public service.

BC, with 21 Truman Scholars since 1981, is among the fewer than 80 colleges and universities to have achieved the status of Truman Honor Institutions, chosen for their encouragement of outstanding young people to pursue careers in public services, effective promotion of the Truman program on their campuses, and sustained success in helping their students win Truman Scholarships. 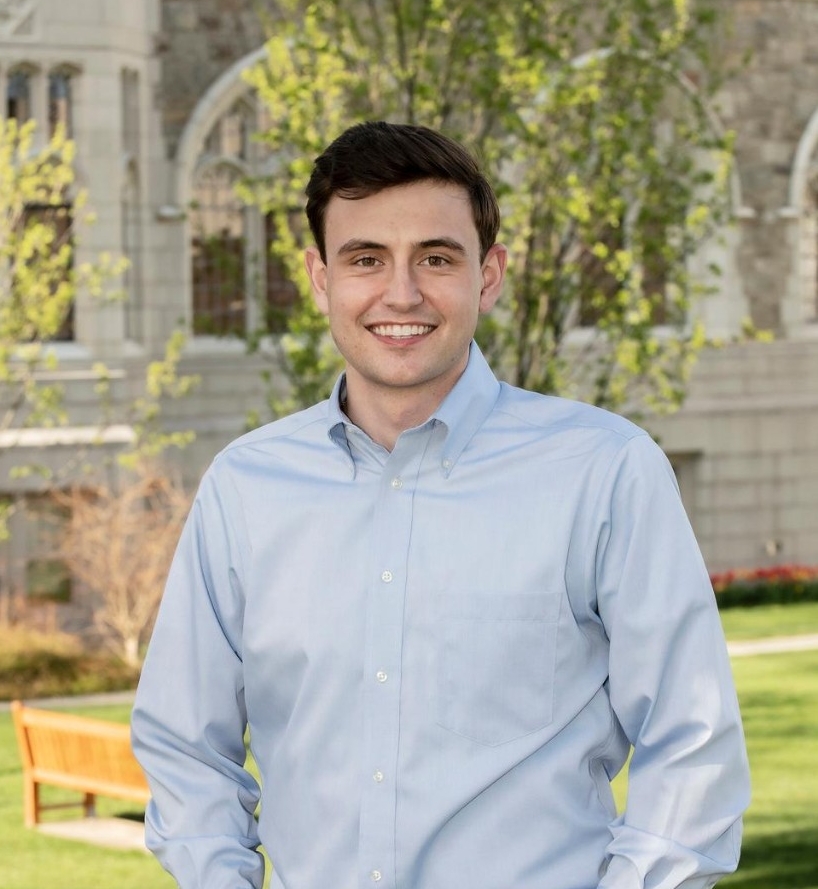 A native of Shrewsbury, Mass., German is a political science major who transferred to BC in 2019. His interest in public service has been cultivated through a diversity of experiences and influences such as winning election to town government; organizing voter registration drives in several Massachusetts cities; involvement with College Democrats of Boston College; participation in BC’s Prison Arts Outreach Program; working as an undergraduate research assistant, and taking a course on Shakespeare’s depiction of politics.

German’s career direction also has been shaped by a personal challenge: alcoholism, which he describes as a “family disease” that affected his upbringing and, at one point, left him as an unemployed college drop-out attending a 12-step program with people old enough to be his grandparents.

“The paradox of recovery is that to keep what you have, you have it give it away,” he said. “This experience is a new lens to view life for me. Service is how I have fused this code into working towards change in my community. Living with the disease of alcoholism is an inflection point where I deepen the understanding and use that connection as common ground to the adversity of others.

“So, while I am gratified at being chosen as a Truman Scholar, I keep in mind how many people have helped me to be able to achieve this milestone: my family, my friends, my girlfriend. I want to apply that collective, humanist mindset in helping make things better for whatever community I am part of.”

For German, his successful 2019 bid to win election as a Shrewsbury Town Meeting member, and immersion in the workings of local government, demonstrate public service’s capacity to build character. He had to show an ability to engage with voters on the most basic of issues, “to find out what makes them tick,” and gain their trust—even if some held social and political viewpoints different from his. As an elected official, he had to grasp the merits of short-term sacrifice for long-term gain—such as when he helped craft, and fought for, a proposal aimed at preserving the integrity of Shrewsbury’s historical structures, only to later agree to scuttle the plan so it could be incorporated into a larger community preservation act.

This grassroots/community focus was at the heart of German’s role in organizing the “Check the Box” voter registration drive, a pilot program for the Massachusetts Democratic Party, as an intern. Targeting cities and precincts with the lowest voter turnout, German put the emphasis on having volunteers work in their own communities “so that neighbors would knock on neighbors’ doors and register them to vote.”  While the effort did not yield as many new registered voters as hoped, it had a positive impact in empowering community members to engage and bring change to their own neighborhoods, and “creating a new pool of activists that are connected and present,” he said.

“‘Check the Box’ is a model for ground-up leadership that is critical to expanding access and ensuring sustainable results into the future of political organizing.”

“Service is how I have fused this code into working towards change in my community. Living with the disease of alcoholism is an inflection point where I deepen the understanding and use that connection as common ground to the adversity of others.”

German points to his enrollment at BC as yet another critical decision. Feeling confident enough to return and complete his studies at the community college he had been attending, German decided he wanted to continue his education. BC, with its emphasis on service and strong academics, greatly appealed to him: “I was able to broaden my horizons and further explore some of the big themes around public service.”

Associate Professor of Political Science Nasser Behnegar, who had German as a student in his Shakespeare’s Politics class, attests to the intellectual component in German’s formation. “What Max began to see from Shakespeare’s history plays in particular is that the motives of political figures are often shrouded in secrecy—a shroud that we can tear slowly, but surely, if one attends carefully to what they say and what they do and do not do.  He learned that to make a sound political judgment one must understand the political situation, which in turn requires meticulous observation. I think his encounter with Shakespeare made him into a sharper observer of human action and a more precise thinker and writer.”

German, who will graduate in December, plans to do a year of service through the AmeriCorps Vista program, then pursue a law degree as a means to break what he terms “systemic and structural barriers in our society that foster inequalities of all types.” Upon graduating from law school, he hopes to work for the American Civil Liberties Union, specifically in its criminal law reform division. 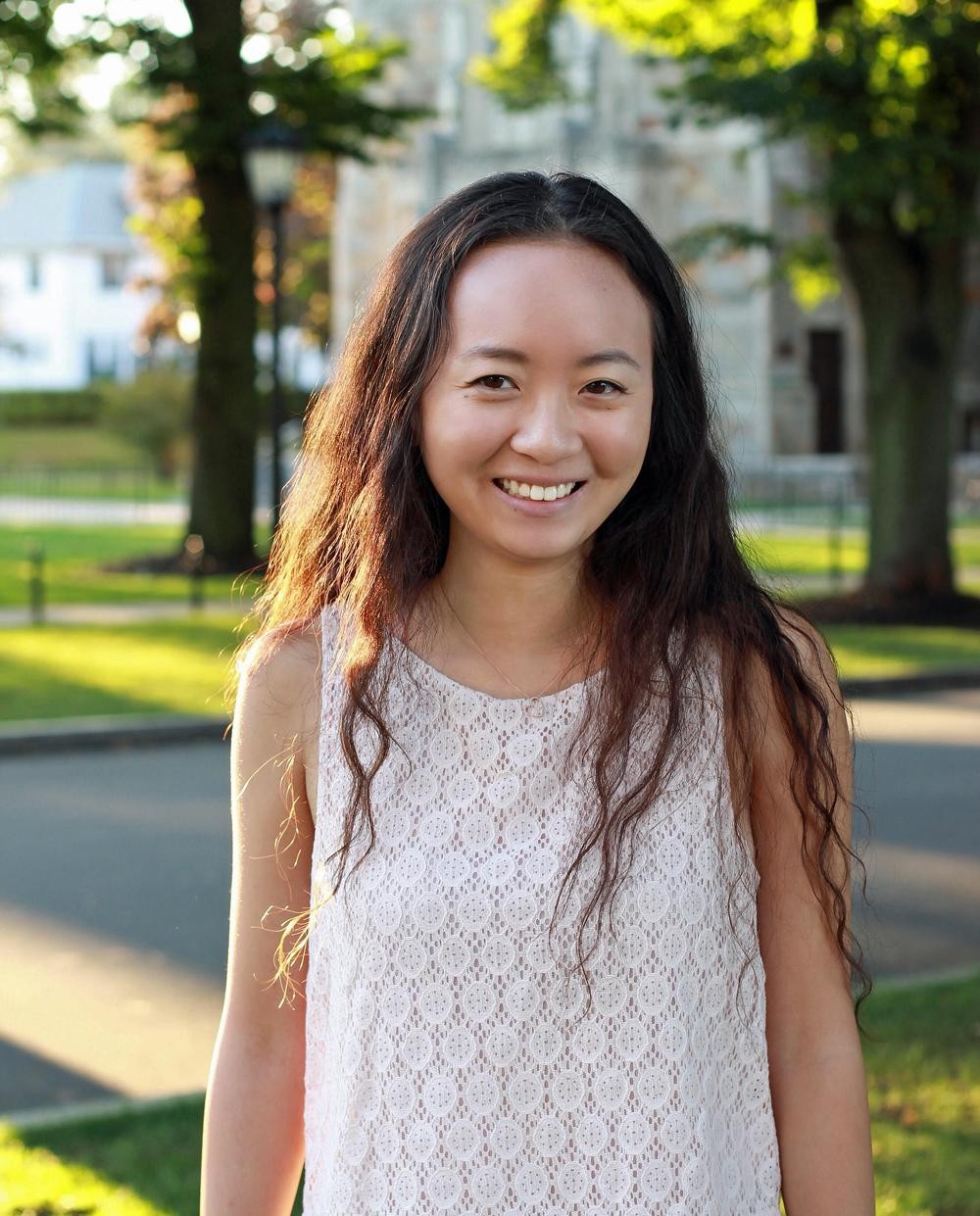 A Gabelli Presidential Scholar, global public health major and pre-dental student from Omaha, Neb., Jenna Mu has distinguished herself at Boston College through her academic achievement and leadership roles as co-founder of the campus chapter of Partners in Health, and as a research fellow with the Global Observatory on Pollution and Health. She launched “Boston College Brushes,” an initiative to reduce dental waste on campus, is an outreach coordinator for the Boston College Pre-Dental Society, and is a member of Boston College EcoPledge and the Alpha Sigma Nu Honor Society.

“Jenna focuses on public health but from a somewhat different perspective than most others in the field,” Hayao wrote in a nomination letter to the foundation. “First, she believes that one must look at public health in more holistic terms, to go beyond simply the narrower medical concerns, to understand, for example, the impact of the environment on health. Second, she looks at public health through the perspective of dental health, which is often overlooked as a public health issue, both at home and abroad.”

Mu said she was honored to receive the scholarship, which will advance her goals of obtaining advanced degrees in dental medicine and public health in order to pursue a career that combines clinical practice and public policy-making, with an emphasis on underserved populations.

“I am grateful to be named a Truman Scholar,” said Mu. “One of the main reasons I came to Boston College was its emphasis on service and nurturing students to be people for others. BC is a university that emphasizes service and I have been able to combine my interest in service with my interests in dentistry, global health, and environmental justice. The Truman Scholarship has confirmed that I am able to pursue all of these fields simultaneously and make a positive difference in the lives of others.”

Mu, who hopes to use her Truman Scholarship to pursue an internship at the U.S. Department of Health and Human Services following her 2022 graduation, said her career goals are to provide essential dental care to communities in need and to address disparities in access to dental services within the U.S. and abroad. In addition to improving dental public health policy, she would like to improve the environmental sustainability of dental practices and materials.

“My parents have inspired me to think about ways in which I can serve other people. My older brother has done the same. He also attended Boston College and brought home its emphasis on cura personalis, nurturing and caring for others. They have all encouraged me to pursue my academic interests and to serve as many people as possible.”

Mu credits BC faculty for guiding her in her academic pursuits and nurturing her professional interests. Besides Hayao, she cited Professor of Biology Philip Landrigan, M.D., director of the Global Observatory on Pollution and Health; Vice Provost for Global Engagement James F. Keenan, S.J.; Gabelli Presidential Scholars Program Director Kathleen Bailey; and Assistant Professor of the Practice of Biology Jeffrey DaCosta.

In addition to conducting research that has resulted in co-authorship of a report in a peer-reviewed journal, outside of Boston College Mu has worked as a research assistant at Creighton University School of Medicine and Harvard School of Dental Medicine, where she co-authored two policy briefs on the environmental impacts of dentistry. As a volunteer, she tutored teens through Boston’s Bridge Over Troubled Waters nonprofit and has mentored students through the Nebraska-based nonprofit Completely KIDS. This summer, she will work as a research assistant with the UN Environment Programme; next summer, she will spend eight weeks in Washington, D.C., at an internship focused on public health.

“Jenna has served as a Research Fellow in our Global Observatory on Pollution and Health within the program in Global Public Health,” said Landrigan. “Through this work, she developed case studies for inclusion in a major review of Human Health and Ocean Pollution. This report was released at an International Symposium on Ocean Health in Monaco on December 3, 2020 and published at the same time in the journal, Annals of Global Health. Jenna is named as an author on this publication.”

In addition to her BC experience and faculty mentors, Mu credits her family with supporting her interests in science, medicine, and serving others.

“My parents have inspired me to think about ways in which I can serve other people,” said Mu. “My older brother has done the same. He also attended Boston College and brought home its emphasis on cura personalis, nurturing and caring for others. They have all encouraged me to pursue my academic interests and to serve as many people as possible.”

This summer, German and Mu will meet their fellow 2021 Truman Scholars during an orientation session, traditionally held at the Truman Library in Independence, Mo.