An evening of Haitian perspectives and cuisine at a BC 'pop-up' dinner. 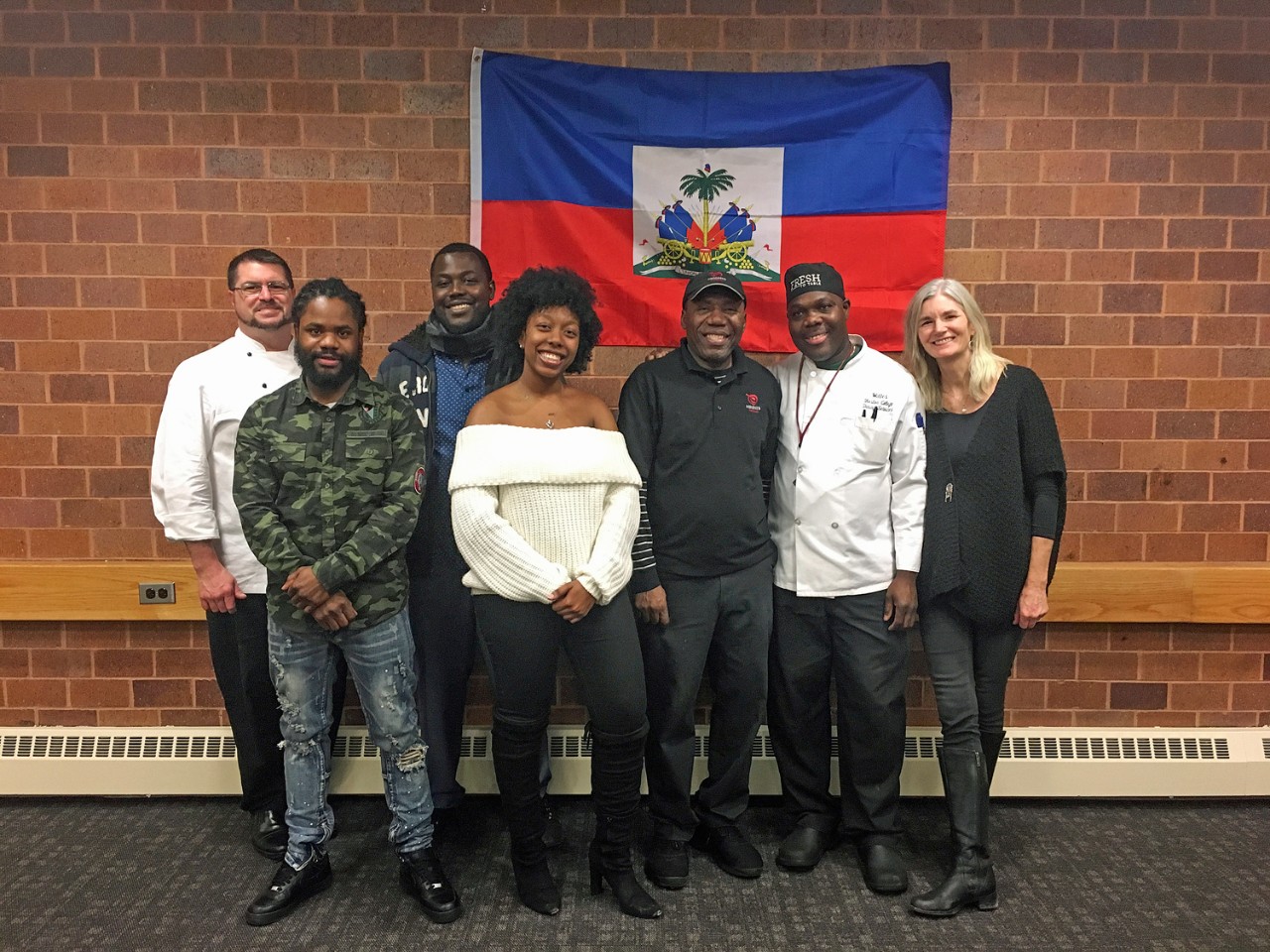 As controversy swirled in mid-January over President Trump’s alleged disparaging remarks about Haiti, members of the Boston College community with ties to Haiti had the opportunity to share their views at a “pop-up” dinner sponsored by BC Dining Services and the English Department.

The event, held in January in the Walsh Function Room, featured Haitian menu items such as rice and beans, beef pate, fried plantain, and joumou, a soup made with winter squash, as well as remarks by three BCDS employees and an undergraduate student, all of Haitian heritage.

“Our stories are being told by others,” BCDS Assistant Manager Boromain Jeanty, who along with his co-workers talked about his and his family’s immigration experiences. “We as immigrants need to tell our own story and educate people about Haiti.”

“I wanted to speak to the Haitian students,” said Dishroom Supervisor Lafontant Charles, when asked why he participated. “I wanted to remind them that a lot of us sacrificed for their opportunities, and now those people are in trouble and they need someone to speak up for them. It is the students’ turn to speak up.”

Haitian Students Association President Naya Joseph ’19 also spoke, discussing Haitian culture and history as well as her own family’s immigration story with the audience. Interviewed afterwards, she admitted she was nervous about being in front of an audience but felt compelled to take part.

“I chose to speak at the event because my Haitian identity is very important to me,” said Joseph. “I spoke in order to empower Haitians and inform non-Haitians.”

The English Department and Dining Services have collaborated on similar events to highlight the diversity on BC’s campus, including a dinner last year at which attendees enjoyed a Syrian meal. Executive Chef of Catering Frank Bailey, who volunteered to help prepare food for the evening, sees the partnership as a natural one.

“Storytelling and food have been joined in culture for all time,” said Bailey, “and what better way to bring people together to discuss their story than over a meal that speaks to the cultural traditions of the storyteller’s home?”

“I’ve always believed food is a great healer and that it brings people together in meaningful ways,” said Lynne Anderson, director of English Language Learning, who collaborated with Bailey.

Bailey and Anderson praised the guest speakers, and the many who volunteered their time to put the event together on short notice, for helping to broaden perspectives of the University community.

Said Joseph, “We really got to bask in the diversity of our campus, inclusive of faculty and staff, and break bread together. It was a wonderful experience!”