The artist as mystic

The McMullen Museum of Art at Boston College presents an unprecedented examination of the life’s work of Cuban-born painter Rafael Soriano (1920-2015), one of the major Latin American artists of his generation, in an exhibition showcasing the multiple influences that nurtured a style where, in his words, “the intimate and the cosmic converge.”

The exhibition, on view January 30-June 4, 2017, comprises more than 90 paintings, pastels, and drawings by the master of geometric abstraction, who immigrated to the United States in 1962 as a result of the Cuban Revolution. 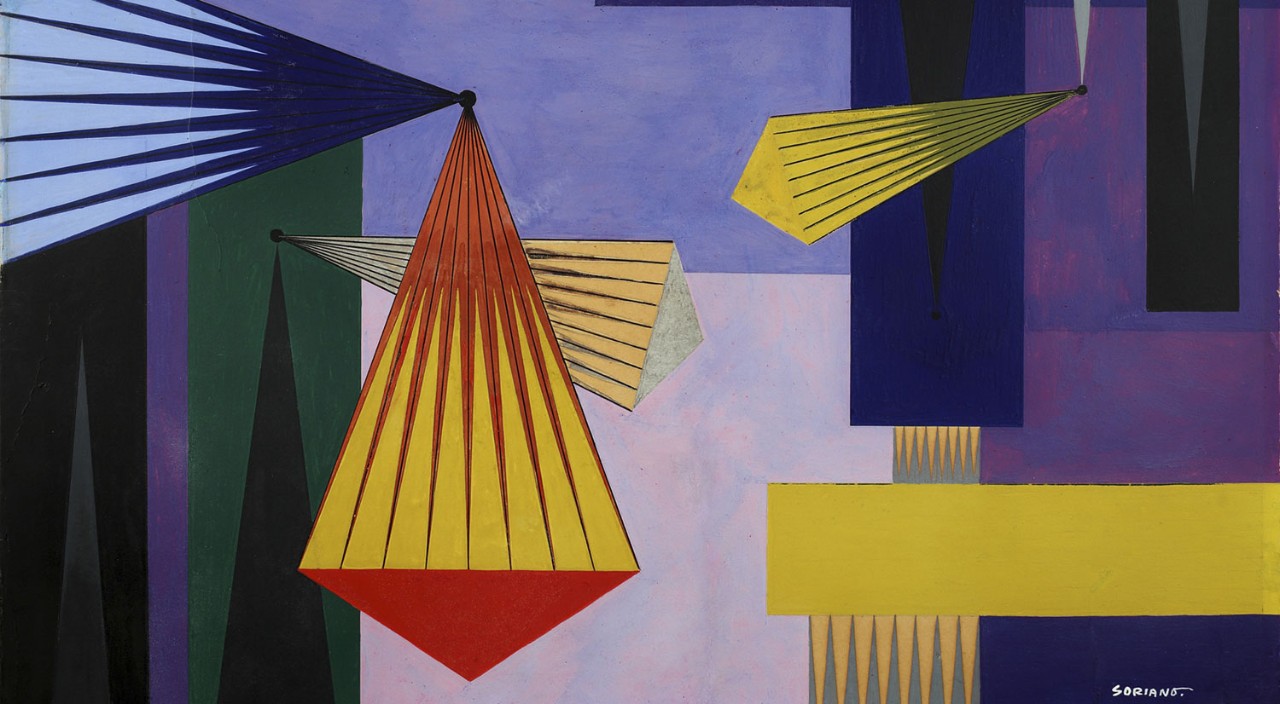 “The McMullen is pleased to present the most comprehensive retrospective of the work of one of the last century’s major artists of Cuban origin,” said McMullen Museum of Art Director and Professor of Art History Nancy Netzer. “Accompanied by a bilingual catalogue of essays written by established scholars, the exhibition brings together and examines from various perspectives more than 90 of Rafael Soriano’s finest paintings.

“We are delighted that the exhibition will travel to the Long Beach Museum of Art and the Patricia & Phillip Frost Art Museum at Florida International University in Miami, thereby increasing opportunities for dialogue about this important, though lesser-known artist,” she said.

“The Artist as Mystic” begins with Soriano’s works in the Cuban geometric abstract style. It then moves to his transitional, experimental paintings from the 1960s and 1970s, reminiscent of surrealist biomorphism. The exhibition concludes with luminous, mystical imagery in paintings from Soriano’s mature period. The works on display are from the Rafael Soriano Family Collection, Smithsonian American Art Museum, Art Museum of the Americas, and Long Beach Museum of Art as well as other institutions and private collections. 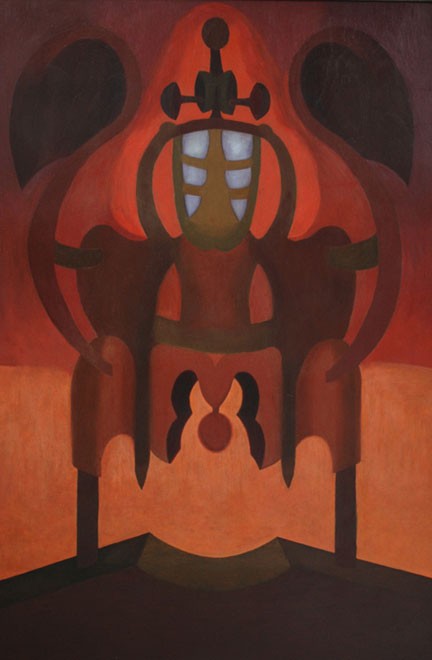 Flor a contraluz (Flower against the Light), 1943, oil on wood, Dominic and Cristian Veloso Collection.

“Soriano’s early work in the geometric abstract movement met with great acclaim in Cuba in the 1950s but it was his later, biomorphic and organic imagery that launched him on an international path. ‘The Artist as Mystic’ seeks to reveal the complete trajectory of his œuvre, both the physical in his early geometrics as well as the metaphysical in his later search for the universal.”

An English-Spanish catalogue edited by Goizueta includes contributions from American, Cuban-American, and Cuban scholars, and examines the effect of the Cuban Revolution on Soriano’s art as well as his aesthetics in general.

It begins with a contextual analysis of Soriano’s relationship to the Cuban avant-garde and his position within the emerging mid-century modernists. Essays trace his evolving styles, examining his work through the lens of surrealism and European and Latin American transnational aesthetics. The idea of exile and struggle is a leitmotif, framed within questions of transcendence and spirituality. The contributions suggest both Soriano’s rootedness in Latin America and his striving for universality. 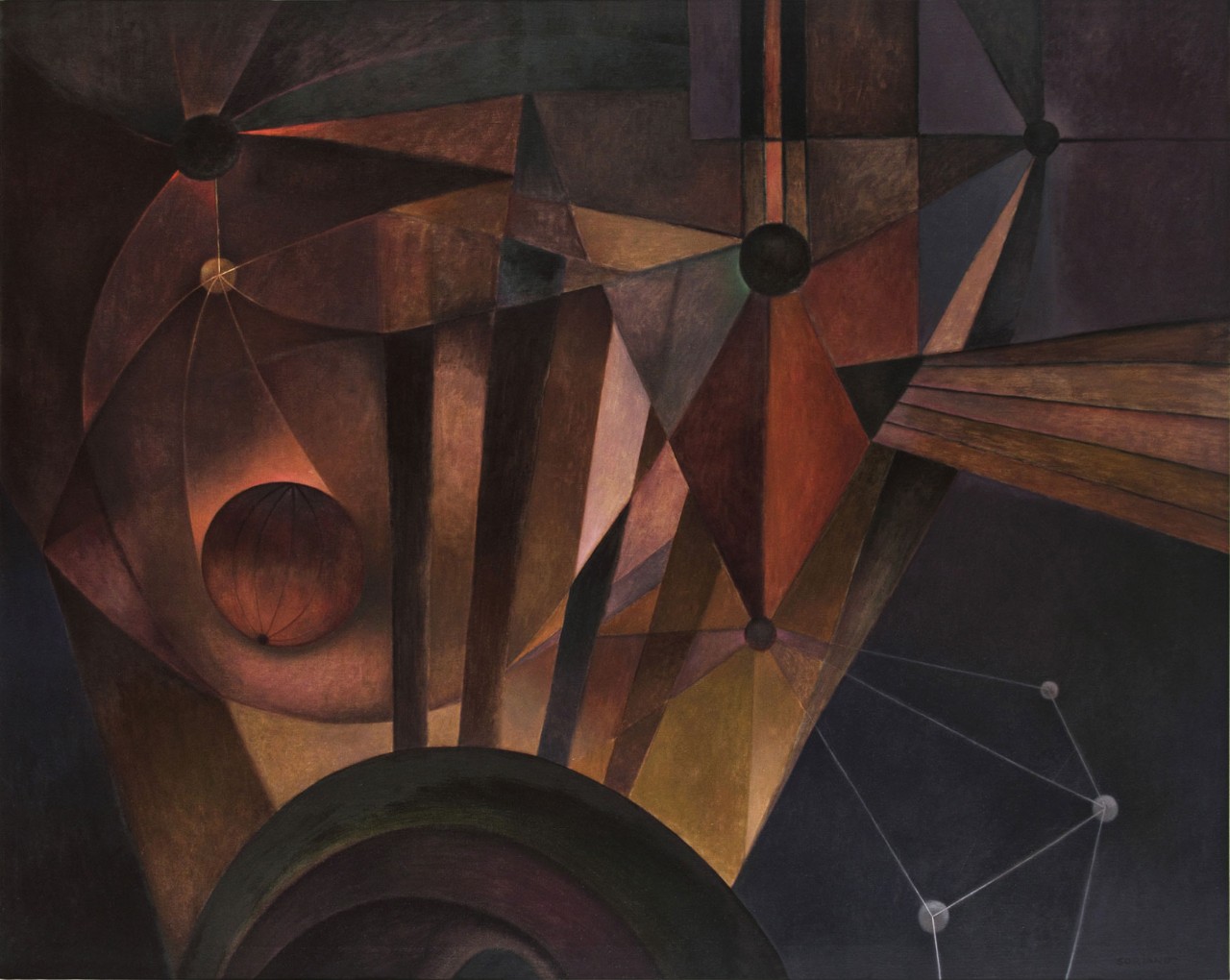 Public programming – including a lecture series, the Second Saturdays children’s program, and a poetry reading and Q&A with Juana Rosa Pita, a friend of Soriano – is planned for families and the general public this semester. More information, and registration for events, here.

Admission to the museum, which is handicapped accessible, is free and open to the public. Beginning on Feb. 12, docent tours will be held on Sundays from 2-3 p.m.; no prior registration is required. For hours, directions, parking, and program information, visit the McMullen Museum website.

Boston Globe: From Cuba to the Cosmos