A seasonally spirited night at the museum

What better way to reflect on the transience of life in the midst of falling leaves than with a round of in-depth spotlight talks on the "gratuitously gruesome martyr and death scenes" currently on display at the McMullen Museum of Art? So beckoned the calendar invitation to the latest entry in Art After Dark, a new late night series that welcomes Boston College undergraduate and graduate students to "take over" the new McMullen.

On October 28, McMullen Student Ambassadors greeted visitors who, bearing LED tealights, made their way through the twists and turns of dimly lit galleries of the exhibition Beyond Words: Illuminated Manuscripts in Boston Collections. The mood lighting provided an eerie touch appropriate to both the season of the witch and to the exhibition itself: the manuscripts on view in Beyond Words originally would have been read by flickering candlelight. Quoth the invitation: As the flame jumped, so did the manuscript scenes illuminated in gold. And as the fire danced, the people within its pages came to life. Sometimes, even the dead ones.…So, join us as we awaken the dead! 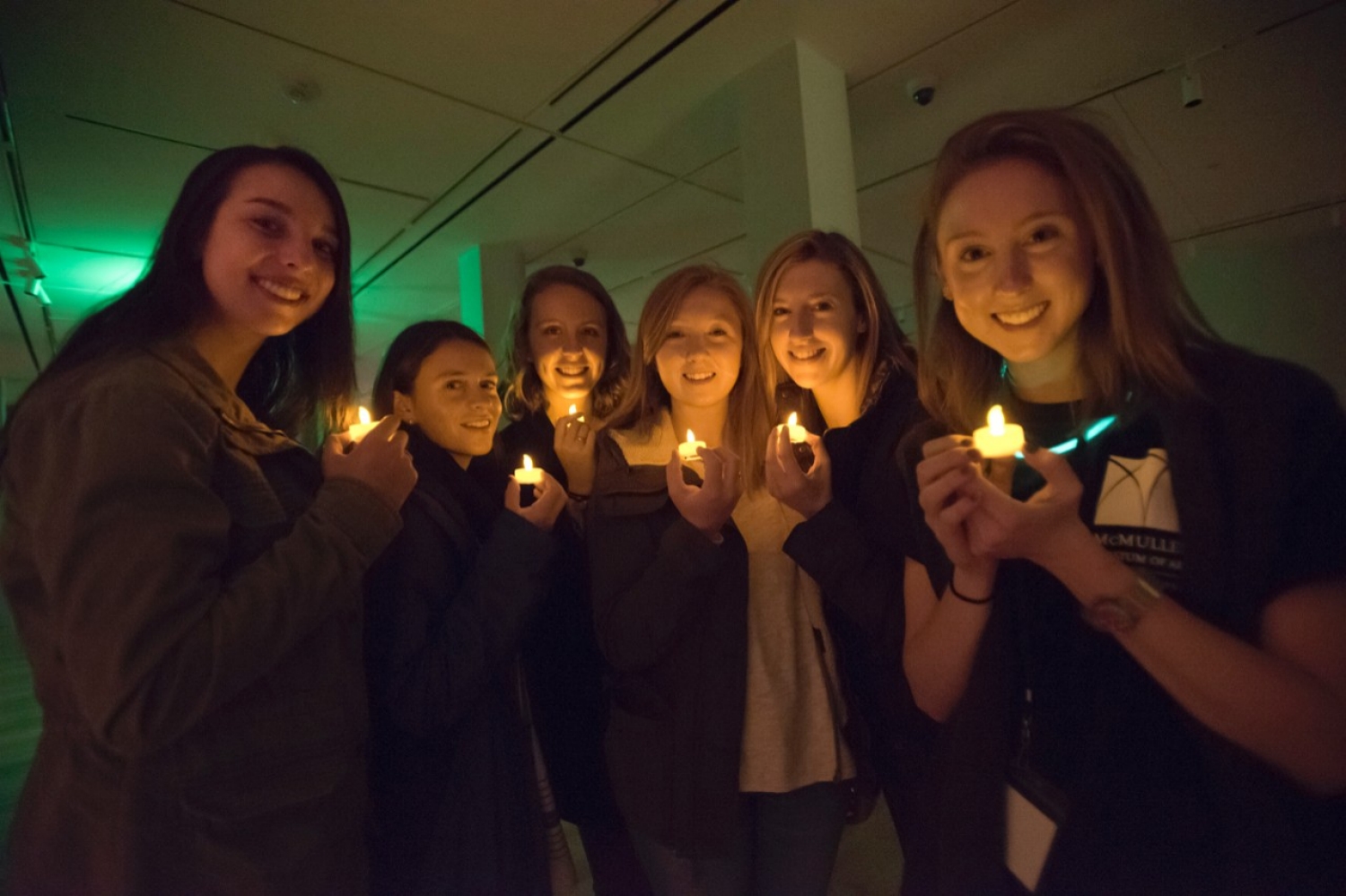 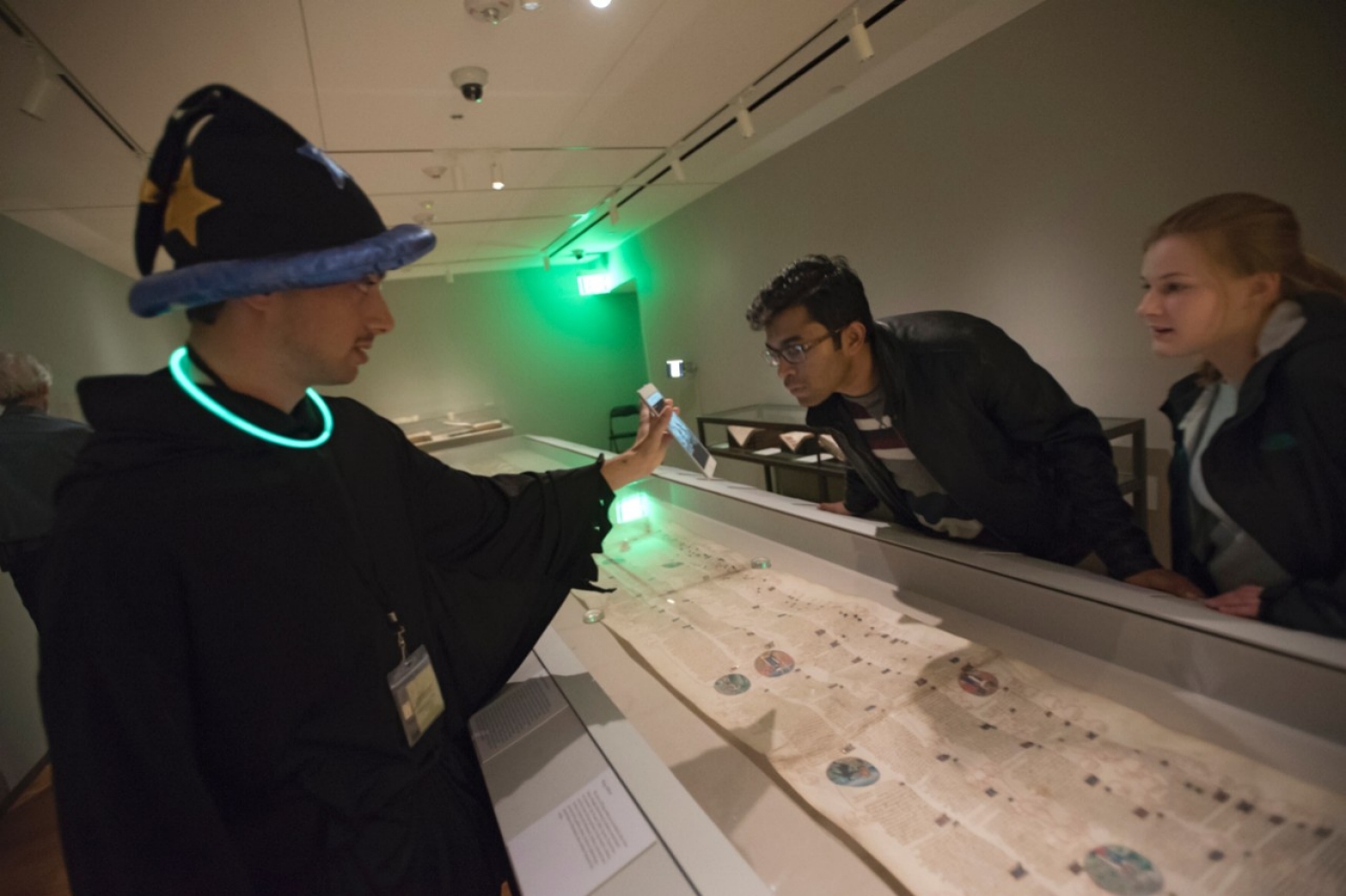 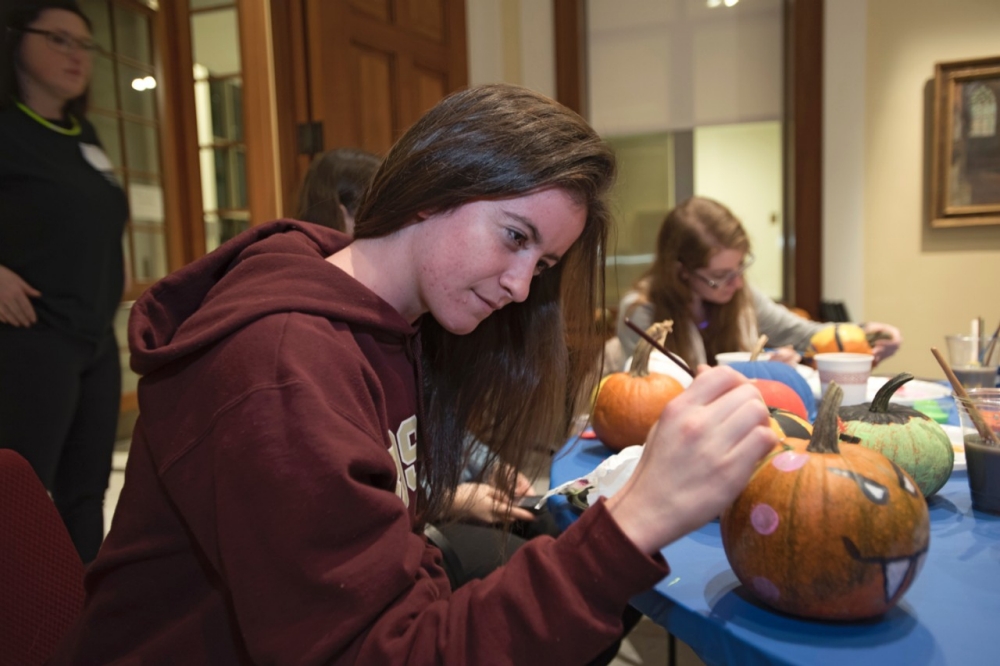 A pumpkin as canvas for junior M.G. Wilson. 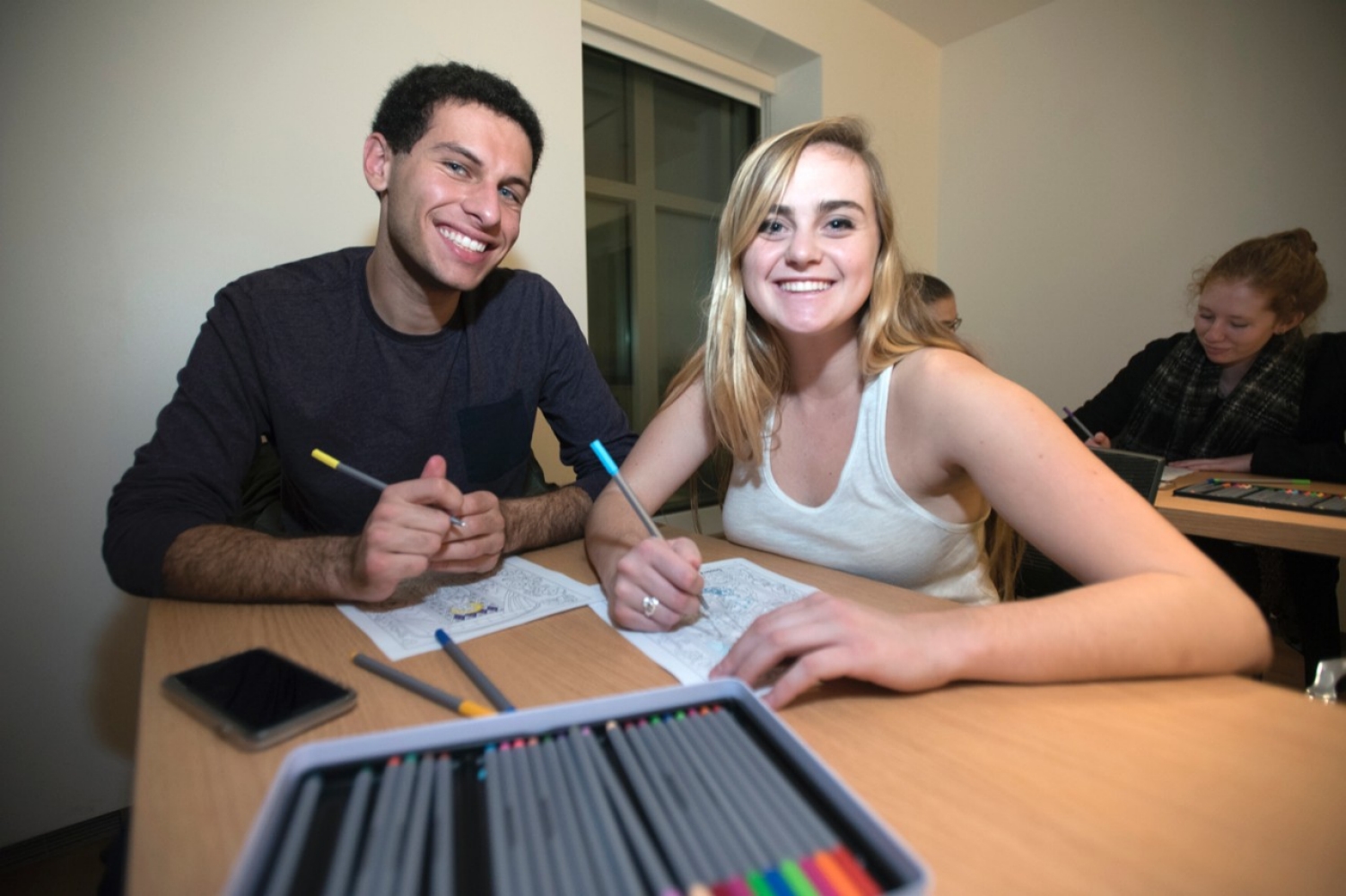 A colorful moment for juniors Eric Sanfilippo and Lulu Kerrigan.