Christ washing the feet of the apostles, from a prayer book illuminated by Master of Claude de France, circa 1518–20. (Harvard University, Houghton Library)

The McMullen Museum of Art at Boston College, in collaboration with Harvard University’s Houghton Library and Boston's Isabella Stewart Gardner Museum, presents a groundbreaking exhibition that charts nearly a millennium in the history of European painting.

Beyond Words: Illuminated Manuscripts in Boston Collections comprises a total of 260 bound volumes, single leaves, and cuttings from nineteen Boston-area libraries and museums. It is the largest exhibition of medieval and Renaissance manuscripts and early printed books ever to take place in North America.

It also is the inaugural exhibition at the McMullen Museum’s new state-of-the-art venue at 2101 Commonwealth Avenue. On display will be 180 European illuminations from sixteen Boston-area collections, dating from the eleventh to sixteenth century. 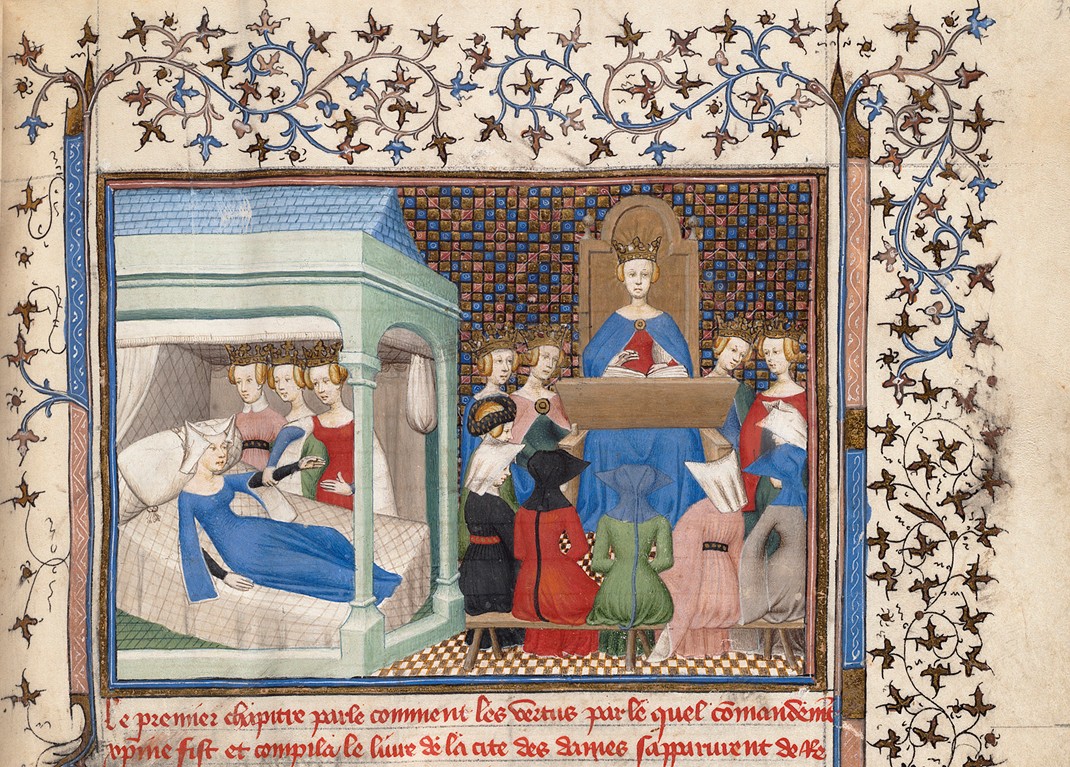 In addition to its concurrent displays, this collaborative metropolitan project is notable for the size of its curatorial team and number of lending institutions. Beyond Words is the first exhibition to showcase highlights of medieval and Renaissance illumination in the Boston area—collections that constitute one of the most important ensembles of such manuscripts anywhere in North America. Each venue will feature one of the three principal contexts for the production of books in the Middle Ages and the Renaissance, and related developments in design, script, and decoration.

“For the inaugural exhibition in its new museum in Boston, the McMullen is pleased to collaborate with colleagues across the city in organizing and hosting the largest portion of one of the most comprehensive and scholarly-ambitious manuscript exhibitions ever mounted in this country,” said McMullen Museum Director and Professor of Art History Nancy Netzer. 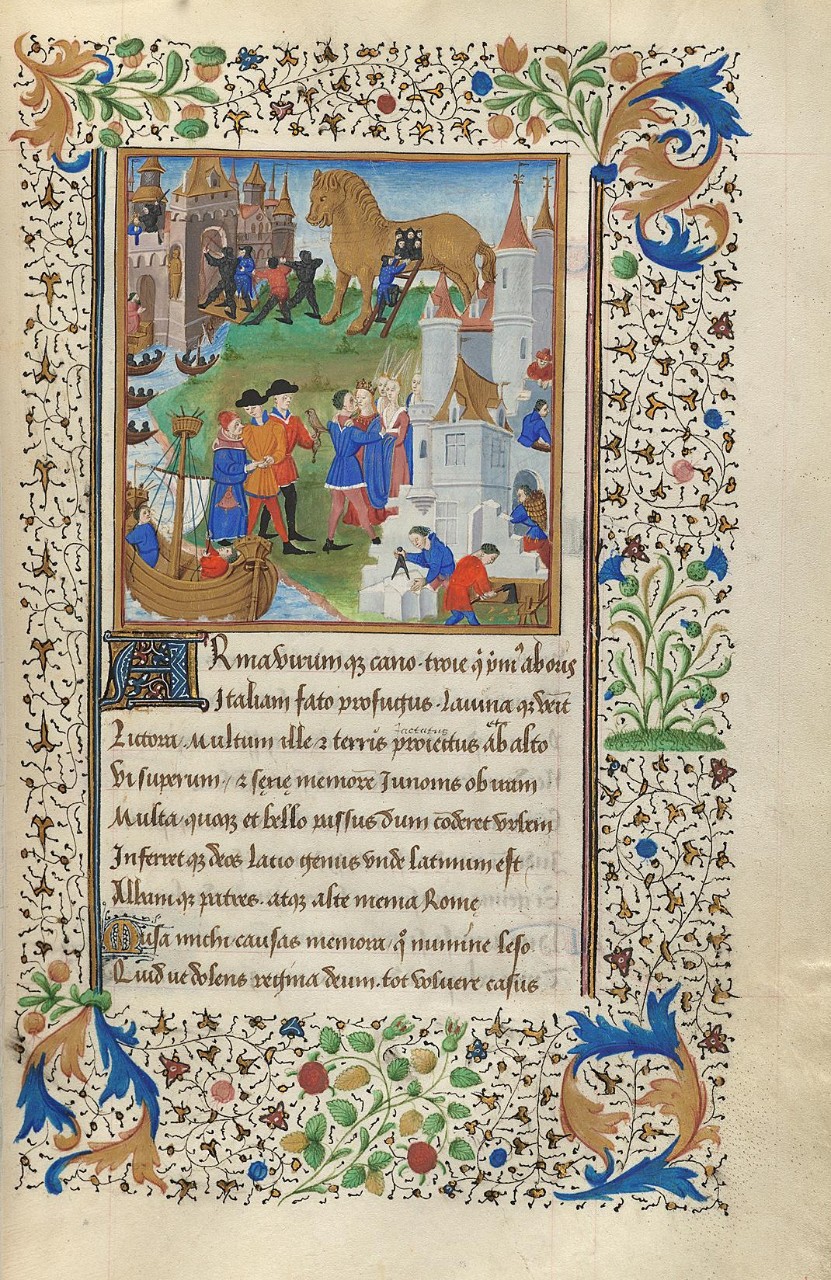 “More than 180 works will be on display—many for the first time—in the Museum’s newly dedicated Daley and Monan galleries. Published by the McMullen, the exhibition’s catalogue is a seminal reference work to which eighty-five scholars from around the world have contributed entries and essays—bringing together for the first time research on the most splendid medieval and Renaissance illuminated manuscripts preserved in the Boston area.”

“It’s wonderful that Beyond Words will be the first exhibition in Boston College’s impressive new McMullen Museum,” said co-curator Jeffrey F. Hamburger, Kuno Francke Professor of German Art and Culture at Harvard University. “This venue will show off to great advantage the tremendous range of medieval and Renaissance book painting that we have drawn from sixteen different Boston-area collections. I think that visitors will be surprised and delighted by the quality, inventiveness, and sheer variety of the materials on display.”

The Beyond Words exhibition is displayed at three leading Boston-area cultural institutions, as no single institution could independently realize the curators’ vision. This unconventional, collaborative approach has many advantages, they say: The multi-venue format reflects the consortial nature of the project, which includes manuscripts and printed books from a total of nineteen libraries and museums, reflecting the richness of resources in the Boston area.

Dividing the books into three groups also allowed for a shifting thematic focus—at the Houghton Library, the monastic library; at the McMullen Museum, the lay library; and at the Gardner Museum, the Italian humanist library—which accommodated the disparate nature of the collections on display and allowed the curators to present in bold strokes the history of the book from the early Middle Ages through to the Renaissance and Reformation. 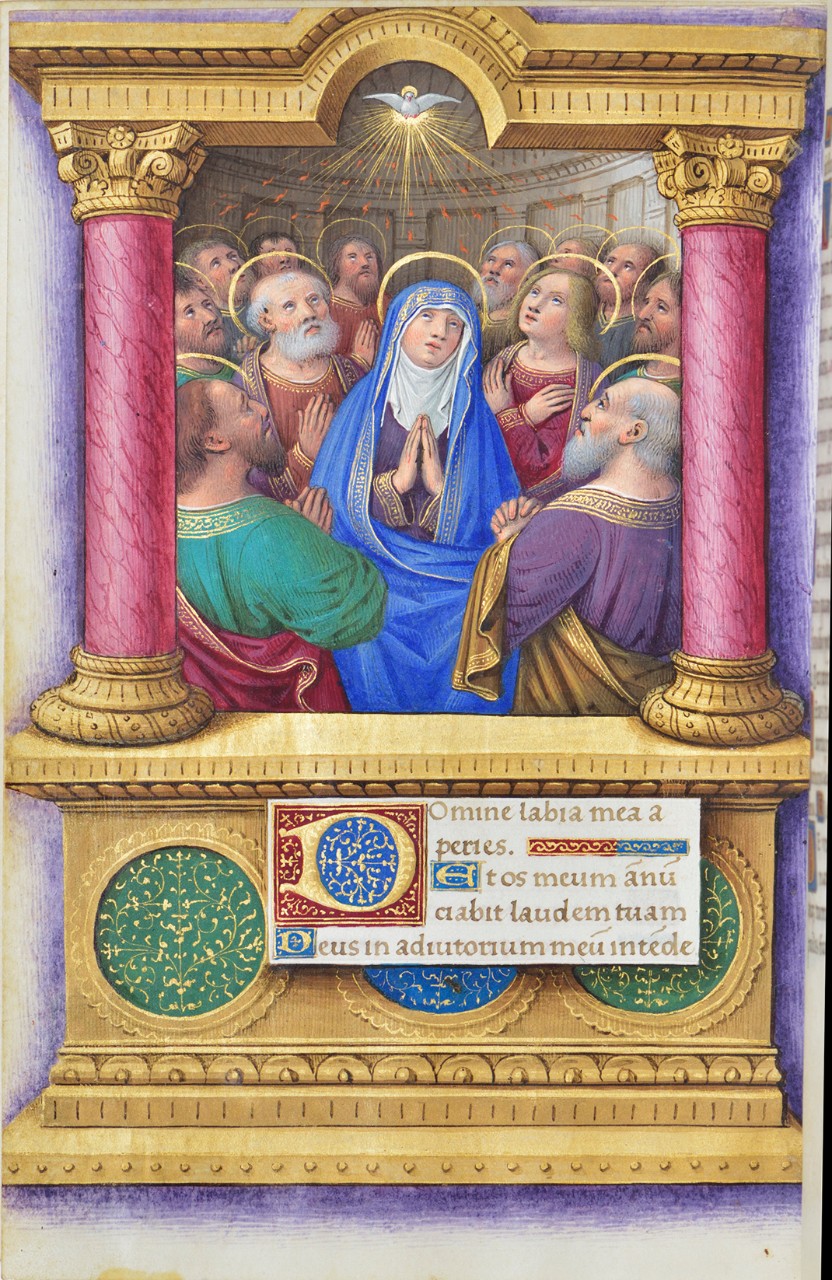 Although each venue has its own integrity and can be viewed separately, the exhibition was conceived as an integrated whole. Most of the manuscripts were conserved and digitized as part of the exhibition; as a result, they are now more accessible—and have been described in greater detail—than ever before.

McMullen Museum of Art, Boston College: Manuscripts for Pleasure & Piety
September 12-December 11, 2016
The McMullen Museum focuses on lay readership and the place of books in medieval society. The High Middle Ages witnessed an affirmation of the visual and, with it, empirical experience; there was an explosion of illumination. Various types of images, whether in prayer or professional books, attest to the newfound importance of visual demonstration in matters of faith and science alike. The manuscripts on display, from 16 Boston-area collections, date from the 11th to 16th centuries, from all over Europe.

Houghton Library, Harvard University: Manuscripts from Church & Cloister
September 12–December 10, 2016
The Houghton Library emphasizes the centrality of books to monastic life. Male and female monasticism revolved around religion, but at its heart was a cult of the book: not just the Bible, but all books. Monastic scriptoria guaranteed the survival and transmission of classical literature and learning. Reverence felt for texts and their authors is manifest in the beauty of the books that were crafted in monasteries and convents. The manuscripts on display highlight the scriptorium as both a space for the production of manuscripts and the human collective that produced them.

Isabella Stewart Gardner Museum: Italian Renaissance Books
September 22, 2016–January 16, 2017
The Gardner Museum explores the birth of the modern book in fifteenth-century Italy, which was the genesis of the radical shift from manuscript, to print, to digital culture that evolved over the last 500 years. Against the backdrop of the current Digital Age and debates over the relevance of the book, the exhibition invites visitors to contemplate one era of revolution in the time of another. The humanist book is revealed as an inexhaustible source of inspiration for artists and the nexus of intellectual and visual culture in the Italian Renaissance.

For more information about the concurrent displays, visit the multi-exhibition website Beyond Words 2016.