Not all facial expressions have universally accepted meanings, a new study finds.

On the remote Trobriand Islands, researchers studied villagers’ reactions to images of facial expressions and found their reactions differed from Western societies. (All photography by Carlos Crivelli and Sergio Jarillo)

How people around the world interpret facial expressions may not be a matter of universal human nature, according to a new study of an isolated Papua New Guinea community by Boston College Professor of Psychology James A. Russell and colleagues.

What the team discovered among villagers of the remote Trobriand Islands challenges the common perception that facial expressions communicate universal messages and meanings regardless of the society or culture, according to a report published in the journal Proceedings of the National Academy of Sciences. 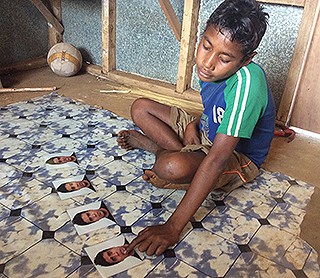 Adolescents from the Trobriander community were shown a set of pictures of facial expressions and asked to attribute emotions, social motives, or both to the images. When shown the image of a gasping face, they matched it to someone displaying anger or an imminent threat.

Subjects in Spain, when shown the same gasping face image as part of the experiment, assigned it to someone expressing fear or readiness to submit.

In a second approach, the two study groups were asked to select the face that was threatening, predictive of an aggressor’s physical attack. The Trobrianders chose the gasping face, while the subjects in Spain chose a scowling face categorized as “anger.”

The findings from researchers at Boston College, Universidad Autonoma de Madrid, and the American Museum of Natural History challenge approaches to behavioral ecology and psychology.

“Both common sense and science conducted in North American and Europe came to the conclusion that the gasping face is seen by every human being, whatever their culture, as fear and submission. So, our finding is indeed surprising,” said Russell, whose research centers on human emotion.

Scientists, including Charles Darwin, have been trying to determine whether or not all humans experience the same basic emotions. The leading research to date has held that facial expressions – and the emotions they represent – are universally understood.

Still, he said the observations of ethnologists more than three decades prior in different small-scale societies offered some similar evidence to the new findings. Artifacts dating back to the 19th century show the Trobrianders’ own material culture has portrayed the gasping face – known in the local dialect as ekapunipuni matala migila – as an iconic threat display, Russell said. 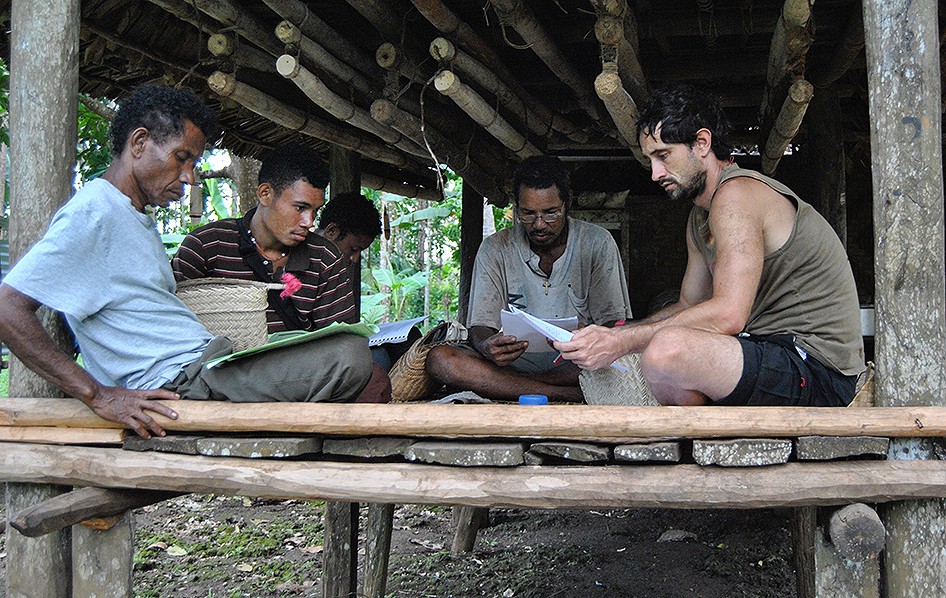 On the remote Trobriand Islands, researchers studied villagers’ reactions to images of facial expressions and found them different from reactions in Western societies.

As an alternative to the theory that human emotions and their expression are universal, Russell developed the idea of “minimal universality” in 1995. While there are a fixed number of expressions human facial muscles can create as people look, talk, act, and react, cultures actively develop diverse interpretations of these expressions.

Still, he said the observations of ethnologists more than three decades prior in different small-scale societies offered some similar evidence. Evidence dating back to the 19th century shows the Trobrianders’ own material culture has portrayed the gasping face – known in the local dialect as ekapunipuni matala migila – as an iconic threat display, Russell said.

The study of remote island villagers who have little contact with outsiders may hold broader ramifications in a world where facial recognition technology plays an increasing role in areas such as intelligence testing and security, the researchers said.

“In a society with a great degree of cultural and visual isolation from the West — Trobrianders of Papua New Guinea — adolescents interpreted a gasping face (seen by Western samples as conveying fear and submission) as conveying anger and threat,” the researchers reported. “This finding is important not only in supporting behavioral ecology and the ethological approach to facial behavior, as well as challenging psychology’s approach of allegedly pancultural ‘basic emotions,’ but also in applications such as emotional intelligence tests and border security.” 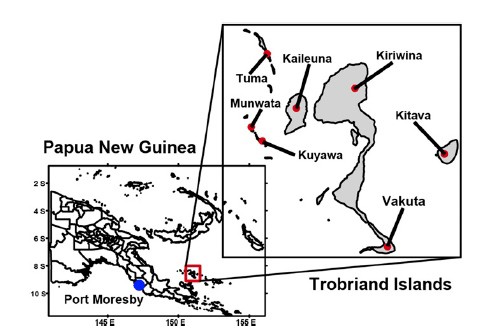 In choosing the Trobrianders, the team selected an indigenous population of a group of islands off the coast of Papua New Guinea. Their villages are without electricity or running water and villagers subsist by traditional gardening and fishing practices. The study participants reported nearly nonexistent contact with anthropologists, Western tourists, and residents from the Papua New Guinea mainland.

The researchers went to considerable lengths to conduct the project in a culturally appropriate manner to reduce the likelihood that even the presence of Westerners could alter the results, Russell said.

Sergio Jarillo, a social anthropologist, embedded himself in the islands for 21 months of fieldwork, eschewing the need for translators or guides. He worked closely with Carlos Crivelli, an experimental psychologist, to teach him the Kilivila language, which is the Trobriand vernacular, prior to Crivelli spending seven months doing fieldwork in the islands, Russell said.

Science Magazine: Facial expressions—including fear—may not be as universal as we thought

Boston Globe: A better grasp on the gasp